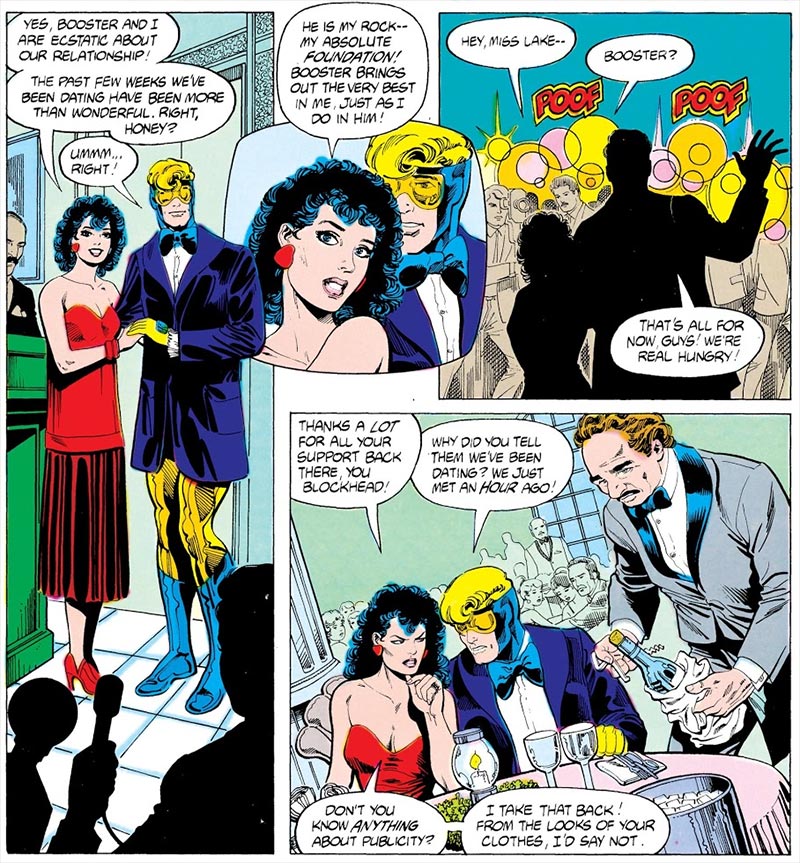 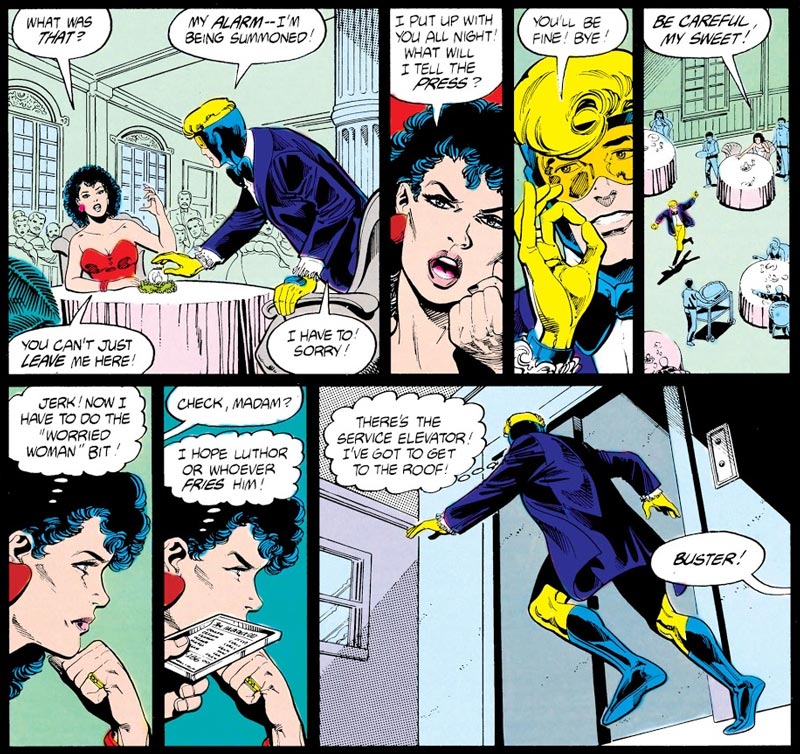 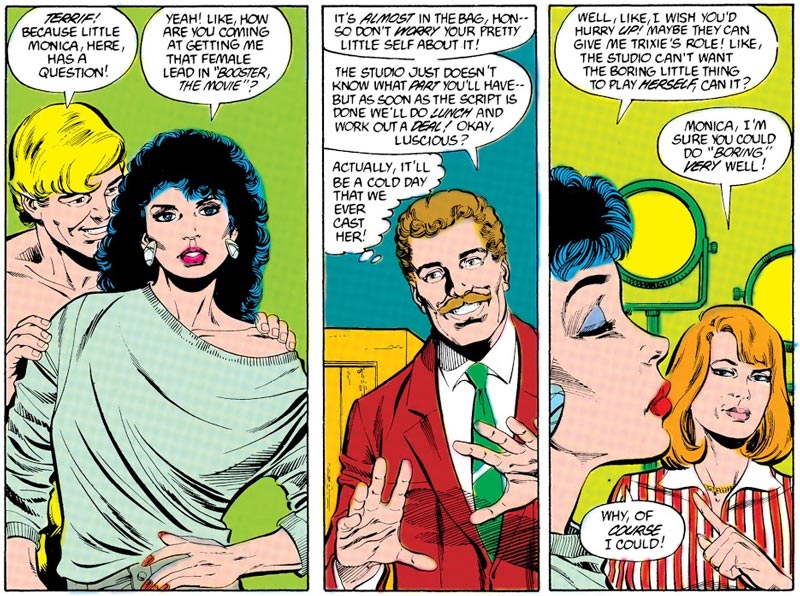 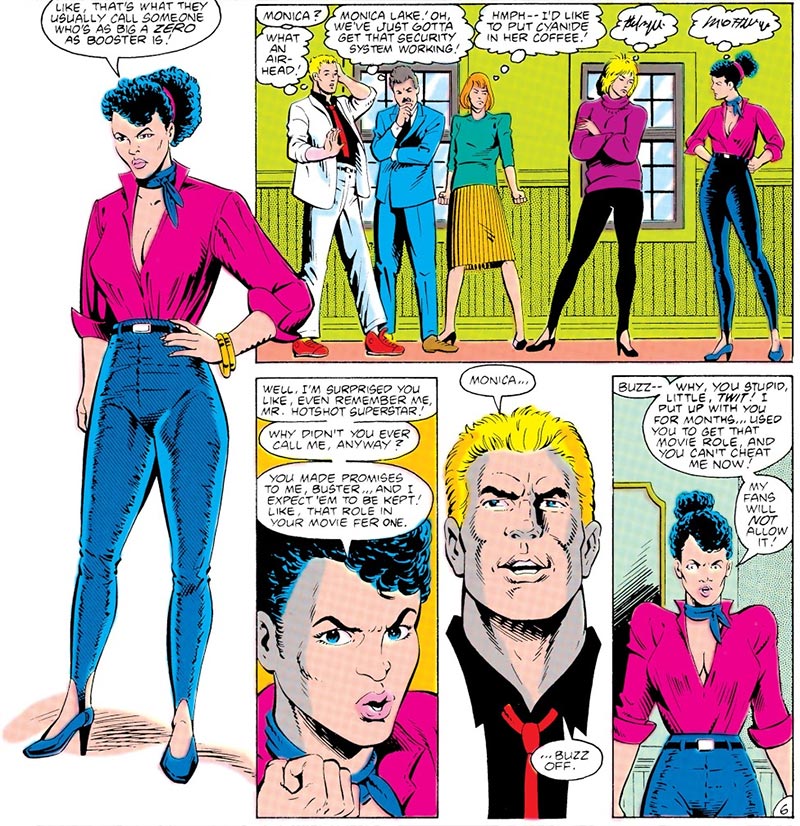 Tomorrow is Valentine's Day, the holiday for spending time with the one you love. Obviously, that means Booster Gold.

To help you out, I present my Essential Booster Gold Reading List:

That's not to say that there aren't plenty of other great Booster Gold comics. Once you get through those, consider taking a look at the entire run of Justice League: Generation Lost (2010) #1-24. I also recommend Justice League Quarterly (1990) #1 and Justice League Unlimited (2005) issues #2, 30, and 43, just to name a few.

So this holiday, pour a glass of wine, turn the lights down low, and snuggle up with your favorite comics, Booster Gold comics.

I think "downhill" is the best way to summarize Booster's experiences in the New 52.

Last week's poll question: In which individual Winter Olympic event would Booster Gold most be most likely win a Gold Medal? (44 votes)

What do you do if you, like Booster Gold, literally have women beating down your door? 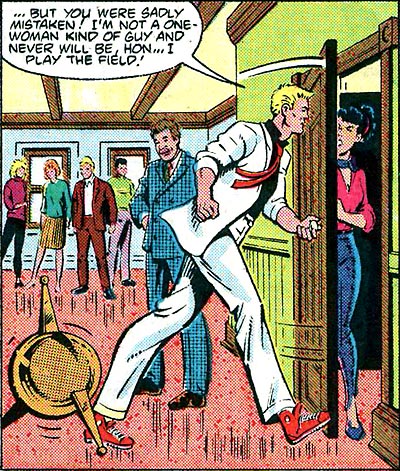 Booster, you smooth talker, you.

Boosterrific [Official Comment] posted on Feb. 14, 2012 at 12:52 AM
Footnote: that fellow in the brown suit in the background is Rip Hunter, Booster's son. Awk-ward.