The life of any comic book hero would be a lonely one if not for the many characters who have made up their supporting cast. Just as Superman has Lois Lane and Batman has Alfred, Booster Gold has also shared his adventures with quite a few people over the years. Today we look at one of those, Nurse Devlin.

Not all supporting characters are created equally. Some are far more important than others, but even the smallest has a role to play in the adventures of a superhero. Take, for example, Nurse Devlin of Metropolis General Hospital, first met in Booster Gold #13 (1987). 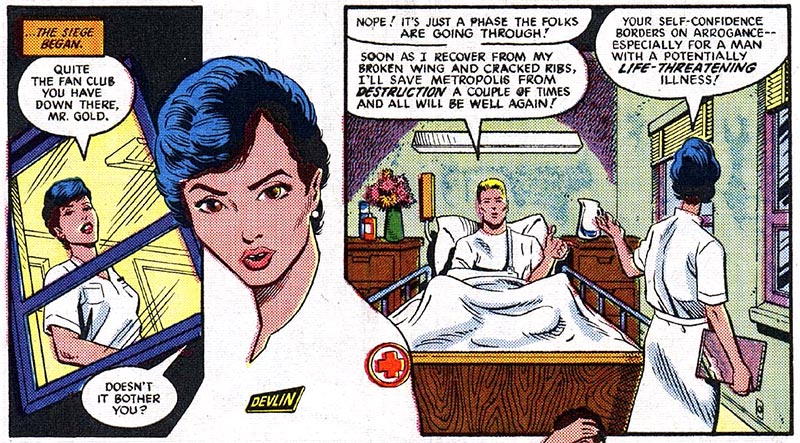 At the end of his previous adventure, Booster had been left battered and broken by the 1000. Because he lacked immunity to 20th-century diseases, he was nearly at death's door. Nurse Deslin helped repair our hero's body. She was also instrumental in improving his soul.

She took advantage of Booster's weakness to read him the riot act about how his selfish behavior disguised as altruism wasn't heroic. 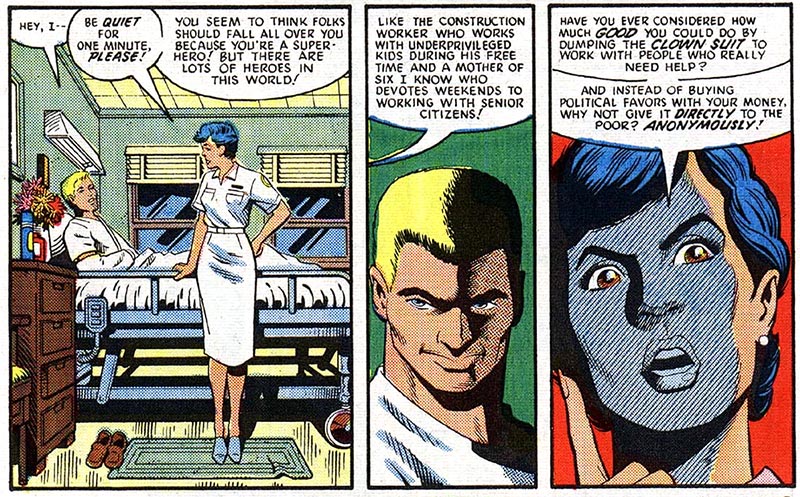 Booster had heard the same countless times before — from no less a moral authority than Superman among others (see Booster Gold #6). This time, he listened. Near-death experiences will do that to you.

The change wasn't immediate. Booster first had to travel to the future and confront his own death squad (in events perhaps unintentionally echoing Charles Dickens' classic A Christmas Carol) before he accepted the need to begin modifying his behavior. Growth is never easy, even for super heroes.

After returning to the present in Booster Gold #15, Booster turned over a new leaf, beginning with an anonymous donation to the Metropolis Food Shelter. (It's no accident that Booster's goodwill tour began with a donation to Nurse Devlin's charity. This suggests that wounded pride motivated him as much as a true desire to be a better person, but hey, every hero has got to start somewhere.) 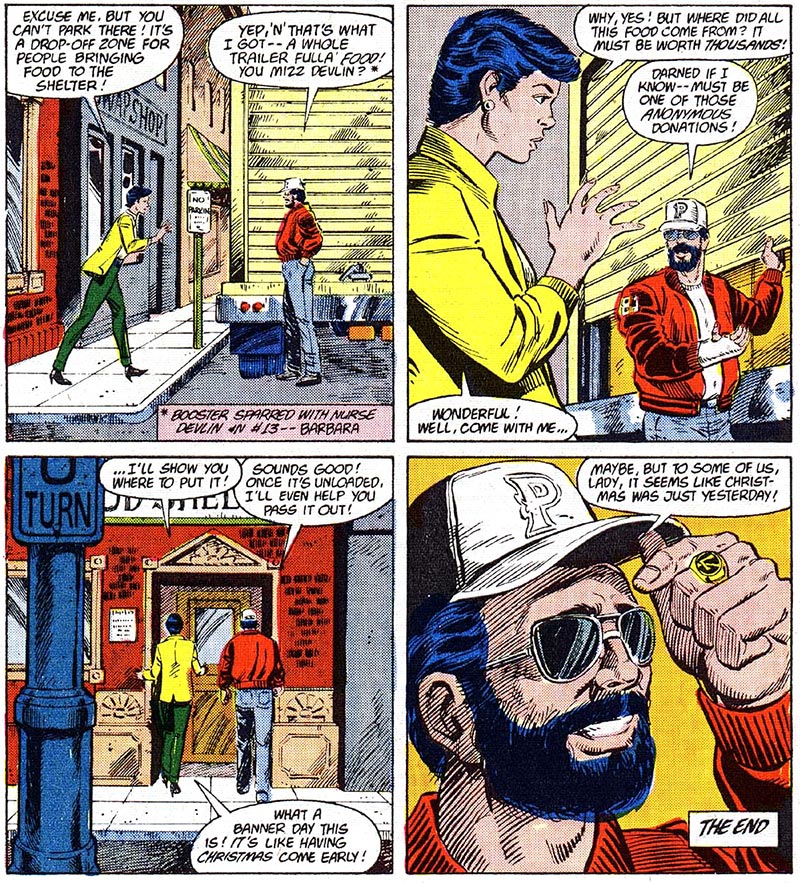