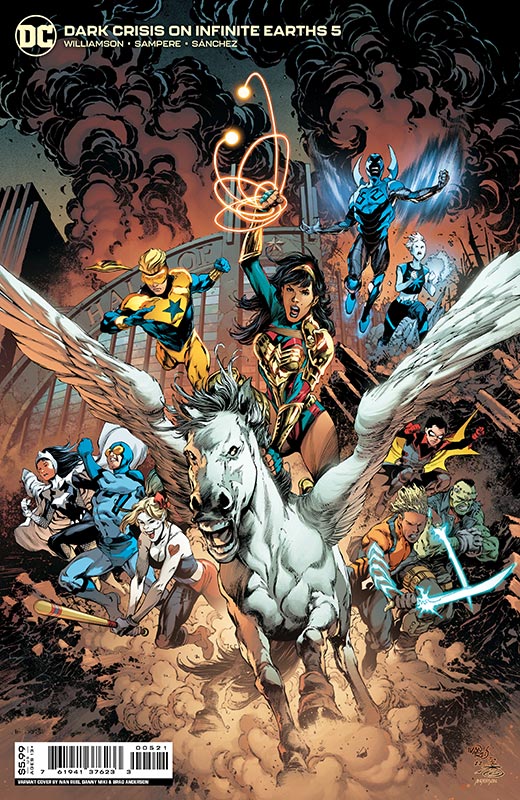 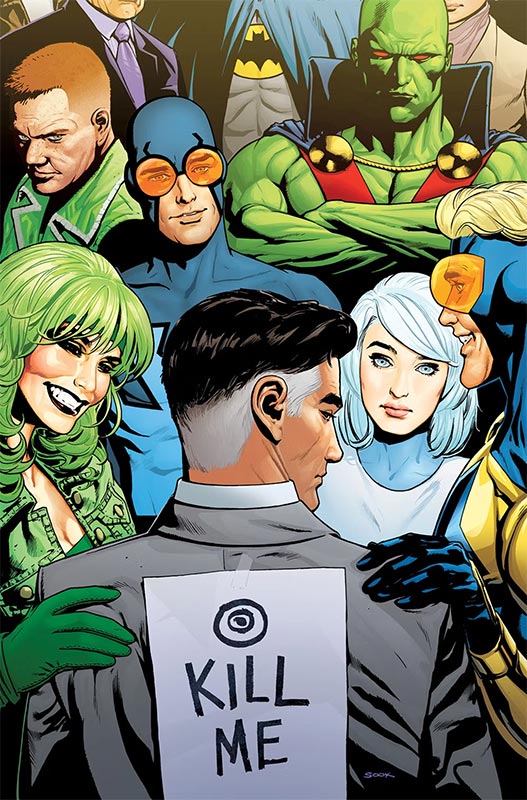 I don't normally run "New Release" postings until a book is available for purchase, but I'm making an exception for tomorrow's Blue and Gold #3 because it has taken so long to get to this point.

You may recall that the issue was originally solicited for a September 27 release, but there have been... unforeseen complications. After Blue and Gold #2 failed to make its planned ship date in August, DC announced that COVID-19 inspired supply chain delays (mostly in paper stock) have resulted in a nearly line-wide cascading production disruption. For example, Blue and Gold #4, originally planned for October 19, will be postponed until at least November 9. Yikes.

So the fact that we're getting a Blue and Gold #3 at all is an event worth celebrating. But there's one other curveball, as revealed in the preview pages now available at BleedingCool.com: 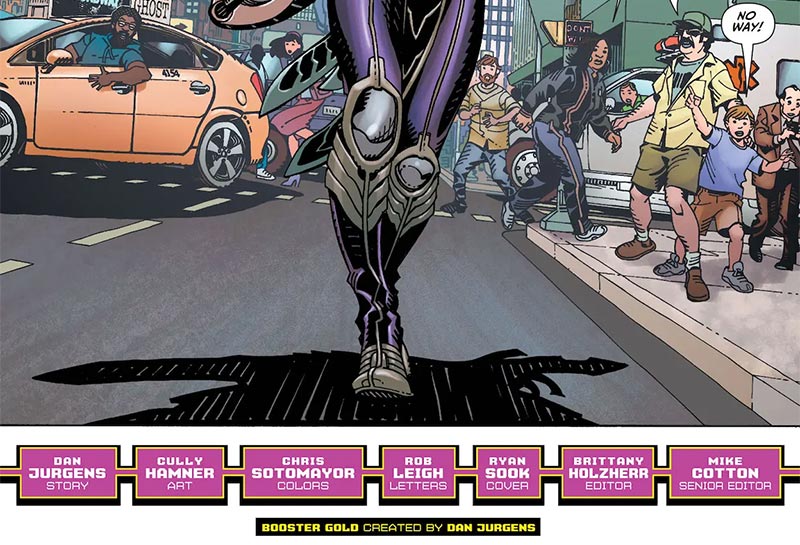 The originally solicited artist, Ryan Sook, still has cover duties, but as the credits above indicate, interior art for the issue are provided by Cully Hamner instead. Hamner has done a lot of work for DC over the past three decades, but this will be his first Booster Gold comic. I am looking forward to seeing it. I hope you are too.

So don't forget to drop by your LCS this week to pick up Blue and Gold #3 and make Skeets happy.

Ariel posted on Oct. 13, 2021 at 1:36 PM
I can't understand how an artist is not able to complete a miniseries of only 8 issues when the series was planned and announced well in advance and when each issue takes more than one month to be delivered to the stands. I thought the lateness was due to Sook art delays but to already have a fill-in for issue 3... it's a little too much from a customer perspective...

One in a Million

I don't think there's a Blue and Gold coming out in November, according to the solicits.

Last we heard, Blue and Gold #4 (of 8) is currently scheduled for a October 19 release, so we would have expected to see Blue and Gold #5 the third week in November. But as we learned last month, both Kevin Maguire and Dan Jurgens will be assisting on art duties for issue 4, and perhaps that's the reason for the delay on issue 5. This wouldn't be the first time a book's release schedule had to be revised to accommodate an artist (or three).

Oh, well. Better late than never. Thanks for the alert, Rob.

While Booster Gold shows up nowhere else in DC's November solicitations, he will be appearing in the upcoming new edition of the DC One Million Omnibus, which Amazon.com expects to be selling by May 3 (as reported by BleedingCool.com).