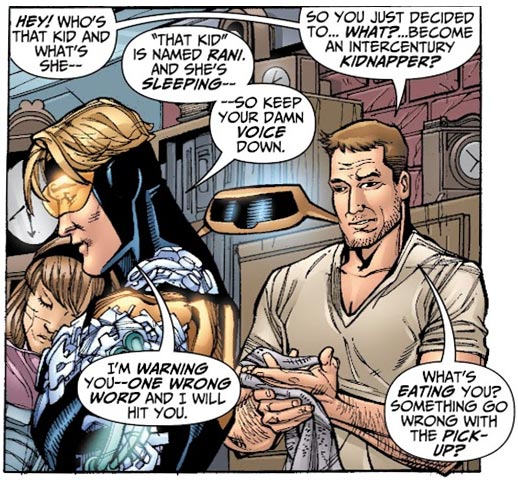 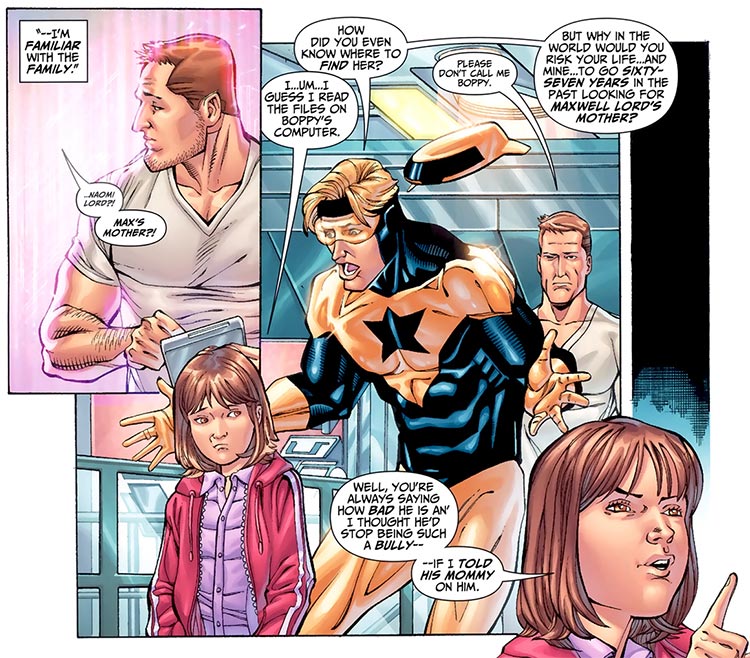 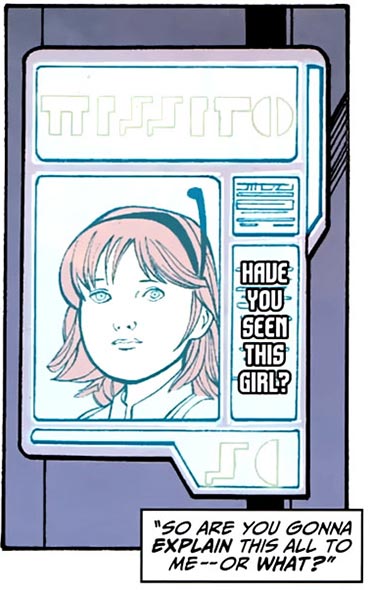 They Created This Team

In case you missed it, the movie Justice League is opening this week. In cross promotion of the event, Entertainment Weekly's Darren Franich interviewed Justice League International co-creator J.M. DeMatteis.

EW: How did the specific tone of Justice League International develop?

JMD: No one ever said to me when we started, "Oh, we're doing Funny Justice League." It just evolved naturally. The more we went along, the more we realized that what we had on our hands was a superhero sitcom. But we never set out to do that. The minute you sit down and think, "I'm going to be funny," you're probably screwed.

Around the same time, I was writing "Kraven’s Last Hunt," which is as dark a Spider-Man story as has ever been written. I wasn’t thinking, "Now I'm doing this in clever contrast, we are answering the grim and gritty stories with our version of light and happy!" We just followed the characters. Keith [Giffen] would write the plots and set up these situations, I would start writing the dialogue, and the characters would start talking to each other. Beetle and Booster really created that team, not us.

Shh! Don't let Booster hear you say that. He'll get a big head!

You can read the whole interview at EW.com. (And you can see Justice League in theaters Friday.)

Booster Gold Is a Member of His Own Fan Club

Being a Time Master must be hard work! Booster looks like he's coming down with a cold (not to mention that he has two left feet!).

Today's picture comes to us by way of Monster3x, who seems to be really attached to Rani. You can see more Rani in her gallery at DeviantArt.com.

A Father's Work is Never Done

Eyz of Geek Life (and a Solid Gold member of the Booster Gold Fan Club) reminds us that no matter how much we may miss our Booster Gold title of yesteryear, our favorite supporting cast is alive and well, safe in our back issues boxes.

Ah, Rani. We barely knew you. Literally. Who was that kid?

(Click on the picture or the link above to find a larger copy of the image at Eyz's site.)

Black Beetle's daughter? I mean come on, they only had ca 15 issues to flesh her out! That is not nearly enough to get anything done obviously!

russburlingame posted on Mar. 20, 2012 at 10:57 AM
I believe that DeMatteis told me during a conversation (not an interview, and therefore a little more candid) that there were no specific plans for her to be anyone special. I'll have to touch base with him again to see if I'm remembering correctly, but I think Rani was just meant to be Rani.

Eyz posted on Mar. 21, 2012 at 6:07 AM
Come on guys! She was just a "supporting character", something that is quite missing a lot from current modern comics. Nowadays, we just have action scenes one after the other. A supporting cast serves to develop the hero and give some character interaction. Like Dirk or Trix' in the good ol' classic Booster Gold series!

Grimmy posted on Mar. 21, 2012 at 7:59 PM
Yeah, I know but that's what we thought Max was before he became EEEEEvil Bwahahah

Eyz posted on Mar. 22, 2012 at 5:39 AM
(I was honestly getting the same vibes, but I guess that's because of the lack of purpose that was around Rani, we started interpreting things as such..)

The ink is barely dry on the first issue, and already people have made up their minds about Giffen's & DeMatteis' work on Booster Gold. Many think the humor is forced or over-the-top. Some think the setting is too dark. Others worry about the effect of overexposure from Generation Lost. And some people are already concerned about the fate of the new supporting cast, specifically the future of young Rani. Take a read of erin_starlight's Livejournal and see what you think. There are some valid point in there.

TGB posted on May. 26, 2010 at 11:43 PM
I'm not sure what to make of Rani yet. I'll need to see her first. At first, I thought the humor was a little over the top, but as it went on, I was ok with the balance that they struck. I think it'll be OK moving forward. As far as overexposure... I can't imagine that being a terrible thing. If GL is a success, it can only help Booster's solo series in the long run, especially since KG is involved with both.

Erin posted on May. 29, 2010 at 5:00 AM
I never expected to see my thoughts listed here. But with the other topics: With Giffen and DeMatteis writing, I'll admit I was worried. I couldn't stand the ICBINTJL minis and how Booster was written. And while I thought there were a few goofy jokes and a L-Ron sounding Skeets I enjoyed their writing. I'm not worried about overexposure and am pretty excited to be getting my favorite character in three different titles in July and four books.

Superman posted on May. 29, 2010 at 9:37 AM
I don't believe a low-profile superhero like Booster Gold can ever suffer from overexposure. Putting him in a lot of well-written books, if that can ever happen for Booster, is the ideal situation for the character, in my opinion, so that more people can get excited about him.

Boosterrific [Official Comment] posted on May. 30, 2010 at 4:15 AM
Never, Erin? Oh, if something Booster Gold happens on the internet, I will find it eventually. Thanks for sharing your concern about Rani.