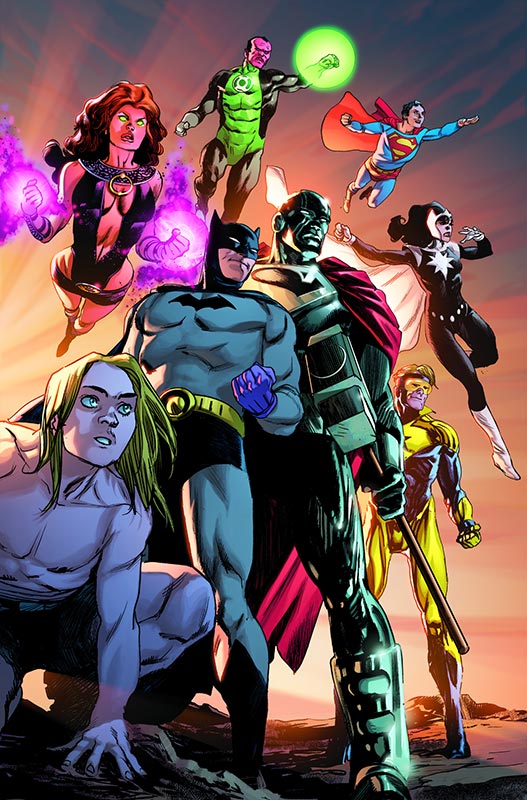 On October 7, 2019, I wrote (based on news from HollywoodReporter.com):

"DC finally plans to release their comprehensive Rebirth continuity in 2020. That's a mere 9 years after they threw out decades of character development in a bid to boost sales."

"It now appears as though DC's comic book line could be abandoning the idea of a single, shared continuity in favor of a multiverse / metaverse / omniverse model in which each individual comic will have its own story to tell, without much concern for what's going on in other titles across the publishing line."

So says Russ Burlingame at ComicBook.com. This merry-go-round is starting to make me dizzy.

Burlingame's report is based on a post from BleedingCool.com, which qualifies DC's plan thusly:

But what the DC Omniverse will mean is greater creative freedom, less interference by editors (or publishers), and no one saying "you can't use that character, they died in City of Bane/got lost in a Dark Dimension/went evil and currently approaching Gotham, slowly, with all her plants."

Longtime readers of Boosterrific.com know that I consider "continuity" to be a synonym for "character development." If DC fractures their Universe into an Omniverse, instead of having one dynamically developing Booster Gold character with a single continuity threading through many stories, there will be an infinite number of Booster Golds, each with his own continuity of appearances. That doesn't sound very simple to me. Unless they intend for there to be one static Booster Gold character who never learns anything or does anything new. I can't wait to spend money monthly on that.

But this plan would save DC Comics the cost of paying salaries to all those editors. I wonder how much longer until they can get robots to draw the panels?

Eskana posted on Nov. 6, 2020 at 12:00 PM
I kinda am on the fence on this issue. I like the idea that we can get original stuff from different artists and new concepts, or even conclude stories (*gasp*) for once, without having to worry about how it affects the universe overall. That way we could get interesting takes like King's "Mr. Miracle" without having to think about what this long term does for or says about the character.
On the other hand, it basically does stop meaningful character development as you said. But, Booster (and most characters) are at that point already if they don't have their own books. Every time Booster appears, he has to re-introduce himself AND what he really does, but they always also quickly throw in character traits like "mention social media" and "mess up at least once." He's only there for 1 or 2 issues, then gone again before he does it again. IMO, that's a problem mainly of someone without their own title. The last time BG had his own title, he went from being the overconfident and underappreciated (somewhat) media-hound to being the greatest hero you've never heard of. Even out-of-continuity, I'd love to see what someone could do in a return to a booster-centered series.

Bea posted on Nov. 7, 2020 at 3:26 PM
I think this approach is probably a bigger threat to the writers than artists. It takes a skilled writer to take a creation from another book and keep the core of that character the same in a different setting. If you don't need to worry about that you can spend the salary budget on the artist and just hire someone to put words in the bubbles.

Also seems a little short sighted given the traditional DC marketing plan. How are they going to have a big money spinning multi-issue mini-series crisis with multiple glossy special covers at inflated prices event every 5-10 years if you have no continuity to throw out and start again?!?!

I agree with you that continuity matters for character growth. It shouldn't be so rigid that it prevents storytelling but it is needed to ground a character in something so you can follow them on their emotional journey and that whatever book you pick up you can recognise them for who they are rather than just by the colour of their cape and booties. Not that DC has done a great job of that recently in continuity with recent Booster depictions.

Time will tell I guess whether this is another great idea that they will have to reboot/forget about in 2025. It feels like they probably will have to.

The weirdest bit of Booster Gold news I've bumped into lately comes by way of Twitter.com:

Wait, who's the dad?

(Over at ComicBook.com, Russ Burlingame managed to turn this alpaca news into a 500 word article that also promotes Friday's Bill & Ted Face the Music in a clever bit of cross marketing. I tell you, that guy can work Booster Gold into anything, and I mean that as the highest possible praise.)

While we're on the subject of animals named after our favorite super hero, you may recall that last October I told you about a thoroughbred racehorse who lost every race he ran last year.

Well, according to Equibase.com, he's raced 4 more times in 2020, and these are the results:

Seven races, never finishing in the top half. At least he's a safe bet... not to win. Perhaps our boy should consider retiring to an alpaca farm.

UPDATE 2020-09-18: September 11, Charles Town, WV, Race 3; "BOOSTER GOLD rated close to the early pace three wide, gave chase from the three eights pole then weakened into the far turn." Finished 4 in a field of 6. This is the first time that a bet on Booster Gold could have paid off. A $1 Superfecta bet — a bet on the horses to place in first, second, third, and fourth position in the correct order — would have returned a $914.70 payout. Is it possible that Booster Gold has been sandbagging all this time just to run up his odds for a bigger payment? No one would put that past him.

"Is Harley Quinn The Mother of Booster Gold's Son?"

That's the question that Russ Burlingame asks and tries to answer in an article this week on ComicBook.com. As he puts it:

That is, an older, future version of Booster Gold once revealed that he has a son. In fact, his son is Rip Hunter who, because of the magic of time-travel, is one of Booster's mentors in the whole Time Masters business. So, as with any woman who enters into a relationship with Booster, we have to ask: does this mean Harley could be Rip Hunter's mom?

Essentially, Burlingame is tugging at the dangling plot thread first teased in Time Masters: Vanishing Point, a mini-series published 10 years ago. The history of the DC universe has been rebooted at least three times since then. And Harley Quinn has always played by its own continuity rules anyway. Why does that decade-old, unanswered thread still itch?

Like the final fate of Amelia Earhart or the purpose behind the heads on Easter Island, it's the unanswered mysteries that continue to hold our attention even when the truth probably doesn't really matter anymore. 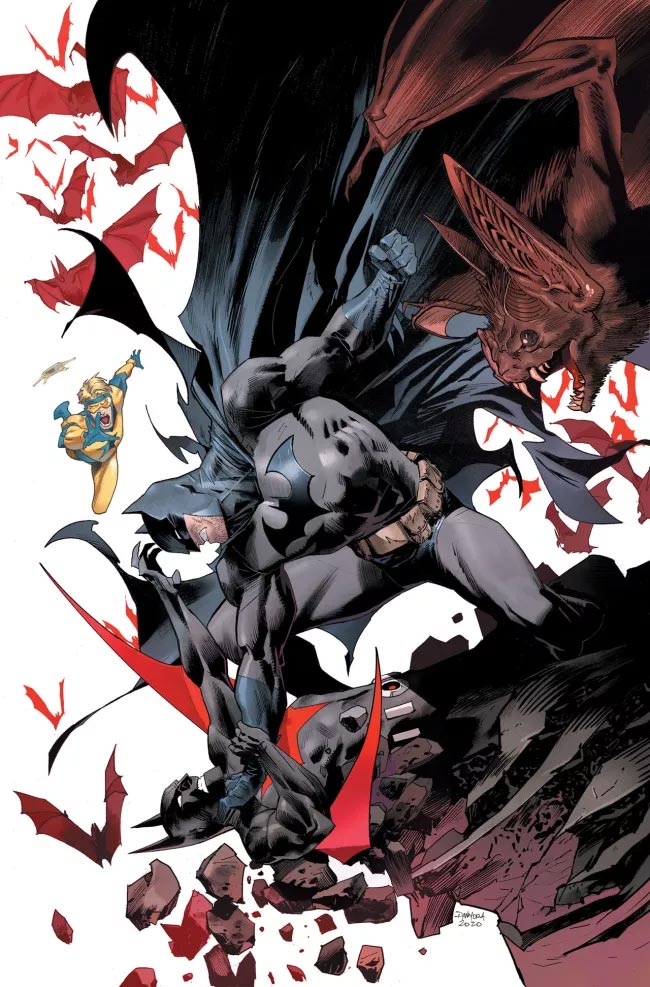