It's 3:46 in the morning, and I need to get to sleep, but I can't go to bed until I come up with something to post for you fine Booster boosters. Fortunately for everyone, The Blot has bailed me out with this recent very Boosterrific tweet:

I don't think you need to *move* the 6-inchers, Blot. I think you just need to get some more.

Thanks for the save. If you haven't seen his action figure designer art toy blog, check it out at theblotsays.com.

UPDATE 2022-04-29 3:30PM: As you've probably read elsewhere by now, legendary artist Neal Adams has died. He never drew Booster Gold in a comic book, and now he never will. But we can see what Booster would have looked like in his distinctive style thanks to a piece Blot commissioned from Adams and shared with us in 2014. 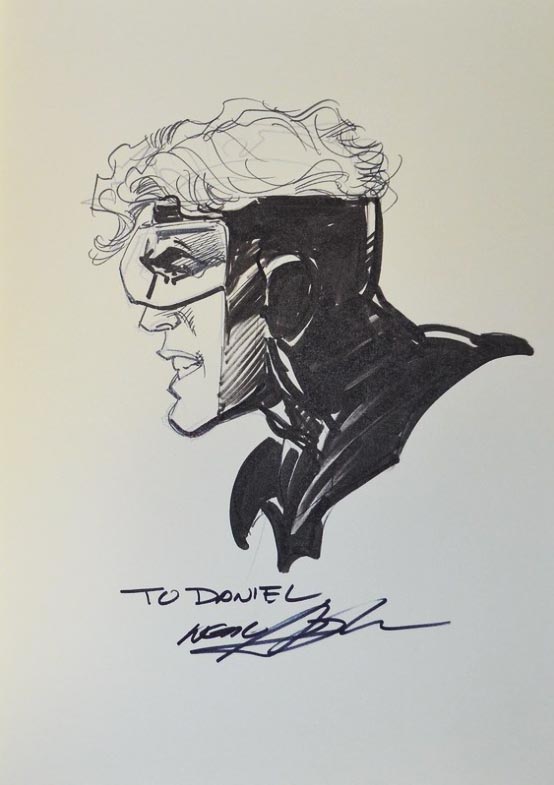 Thanks for all the good comics, Neal. 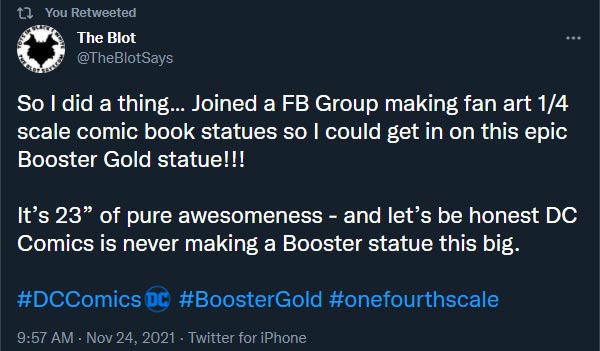 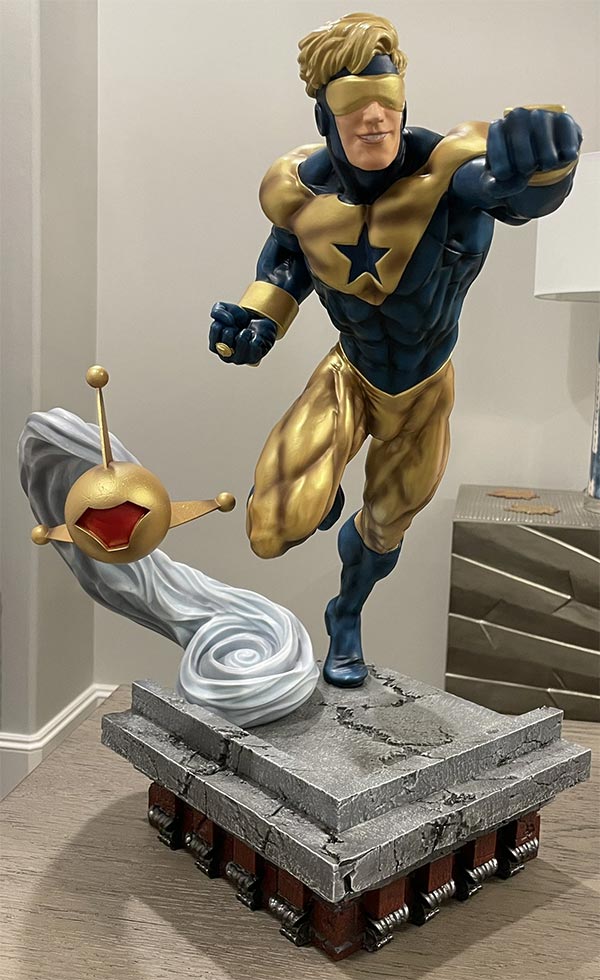 As Blot makes clear, this is technically an unauthorized bootleg statue, and it will not be available on the open market. Boosterrific as this piece is, it is not something the average Booster booster is likely to get our hands on. Drat!

But we can always look.

Thanks for sharing, Blot!

Booster booster Blot has found a tattoo that is the definition of "Boosterrific." Click the image to be taken to the video on Instagram.com.

Amazing work. And kudos to Eric Schwarz or anyone else who is a committed enough Booster Gold fan to have our hero tattooed on their body. That's really wearing your heart on your sleeve!

You boosters keep sending me the best links. Thanks, Blot!