I've had my eye on this week's New Champion of Shazam #4 for months, but that doesn't have anything to do with Booster Gold. I just love me some Doc Shaner art (and Hoppy, The Marvel Bunny!). 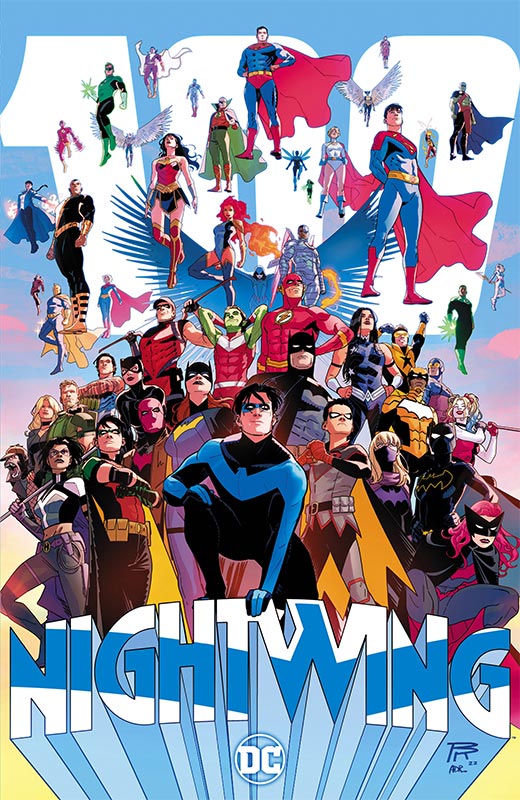 In a delightful twist, that's the issue's "Cover A," which means it is probably the most common* and easiest to acquire cover for this landmark issue. Which is a good thing, as there are at least 11 other covers of varying rarity. Whew!

*These days, DC allows retailers to order their choice of most non-incentive covers, which means there is no longer such a thing as a "standard" cover. Everything is a variant. And just because a cover has been designated as Cover A, that doesn't necessarily mean that retailers order more of those than, say, Cover B (or C or D...). So estimating the rarity (and related value) of any given cover is harder than ever. But since the laws of supply and demand still hold, the most valuable cover will usually be the most desired one, and who wouldn't want the cover with Booster Gold on it?

Buy this comic for its cover and make Skeets happy!

Once again, I don't know if we'll be seeing Booster Gold in any of this week's books, but I can say for certain that he's on one.

To be specific, he's on the 1:25 retailer incentive (Cover C) of Human Target #10 by Jeff Spokse 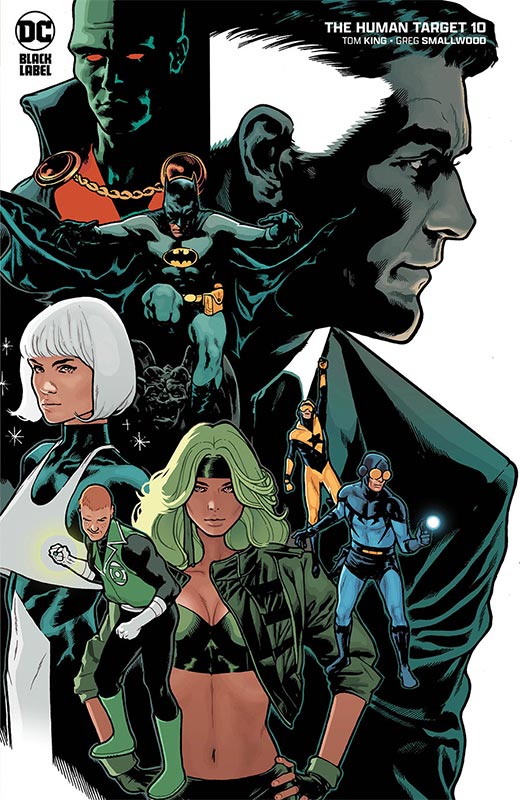 I'm not going to pay extra for it — I already spend too much money on comic books (and eveything else!) to chase these increasingly common incentive variants, DC — but I do like it.

Meanwhile, I have other things going on this week that require extra attention, so if anyone does spot Booster Gold (in, say, Lazarus Planet Alpha or anywhere else), I'd appreciate it if you'd report it in the comments, please.

You're the best, Booster boosters!

Hey, DC, as someone who bought your product throughout the 1990s, let me say that I think you've forgotten the lessons we learned during the Dark Age of Comics, namely, "Thou Shalt Not Get Carried Away With Variant Covers."

This week alone, you're releasing 18 distinct books with at least 73 different covers! I love comics, but that's too many. 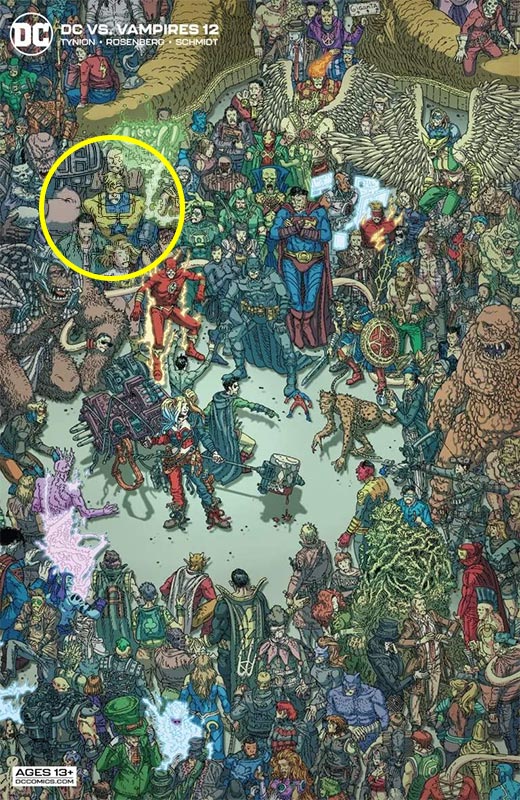 I haven't seen all the interior pages (other than what is visible in the preview at AIPTComics.com), but is that Booster's New 52 costume? Do these damn vampires spill over into other alternate Earths? Please, no. Just no. 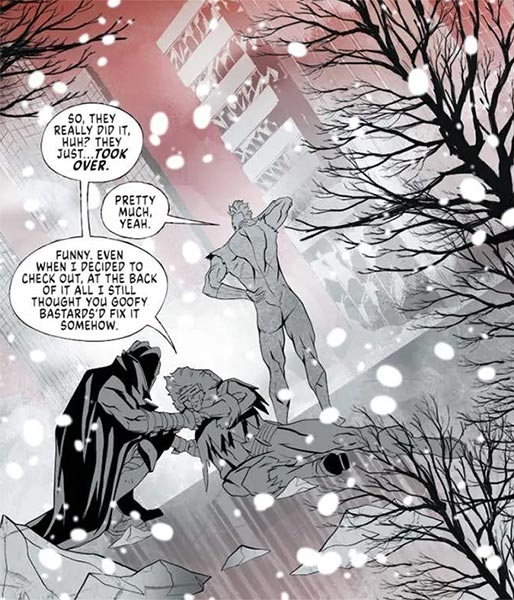