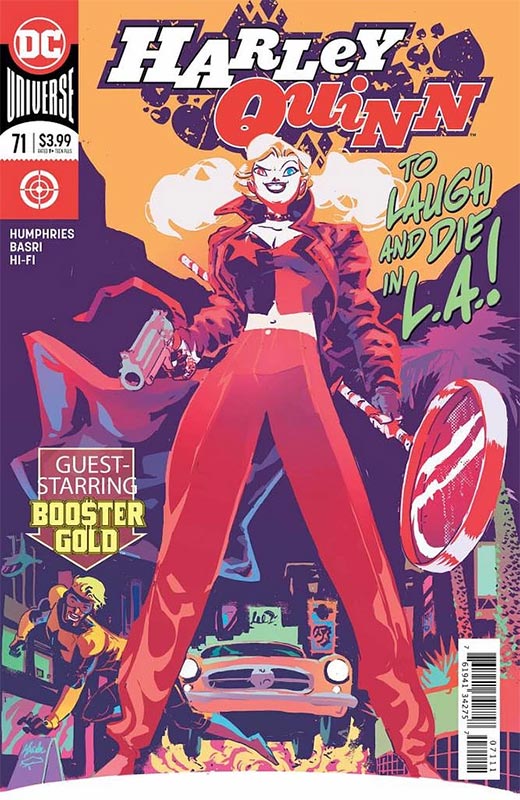 Booster Gold has been popping up in Harley Quinn stories a lot lately, and I'll let you in on a little secret: I don't understand them. Harley Quinn stories, that is. They all have at least two series of ongoing events, one clearly presented as a fantasy tale and the other as... reality? However, it's often a reality that doesn't quite square with the rest of what's happening in the DCnU or any of the dozen other Harley Quinn appearances each month.

Even in its 70s, Harley's ongoing series continues to sell 5-10 thousand more units than what Booster Gold was moving near the end of his last self-titled series, which is to say that her title has some loyal month-to-month readers. I assume they enjoy the lack of concrete reality in her stories. I've got nothing against them or series' writer Sam Humphries, but you can guess that someone whose hobby is cataloging the minutiae of a fictional super hero's continuity might find such ambiguity unsatisfying. That unsatisfied person is me.

All of which is a long way of saying that I was planning on buying today's Harley Quinn #70 in the hopes that when I pick up next month's Booster Gold appearance, I might have some hope of figuring out what is happening. I say "was" because I've just learned from Booster booster Logan Peterson that Booster is in issue #70, too!

A preview of the issue (which gives no hint of Booster Gold — not that I doubt you, Logan!) is online at CBR.com. Buy it and make Skeets happy.