Brief Synopsis: Booster Gold joins the Justice League in trying to save the world from multiple threats.

Issue Notes: There are two stories in this issue taking place in immediate chronological succession. Booster Gold appears in both.

Issue Reprints: This issue has been reprinted in Trinity Volume 3. 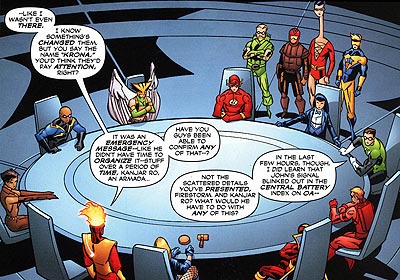 Boosterrific Review: The continuity of this story is convoluted and unexpected. Rather than being a detriment, this happens to be part of the series's strength, as it tells a story that often feels entirely new.