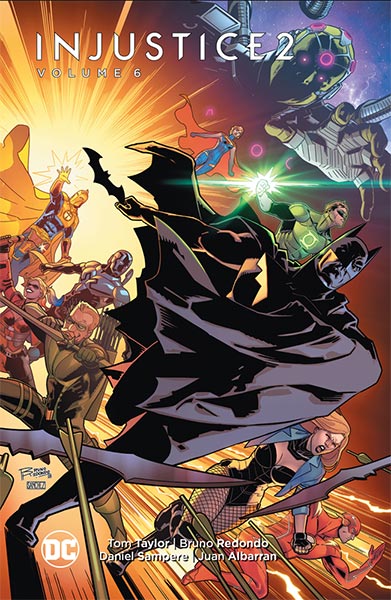 Our hero made the cover to today's Injustice 2 #33! Some people say Booster is all talk, but it takes a real hero to fight a giant alien starfish with your bare hands. 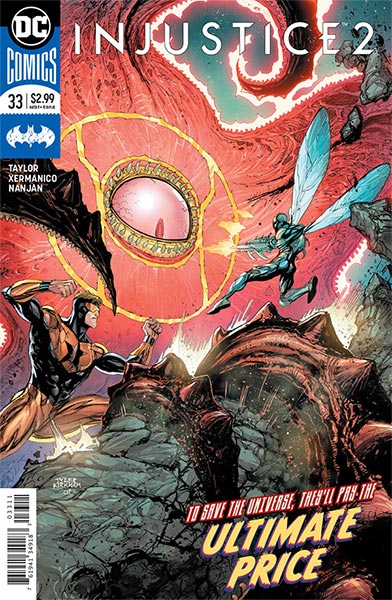 "The battle against Starro comes to a tragic conclusion," teases the issue's solicitation text. That sounds ominous for our hero, especially since we know that Blue Beetle survives the encounter to appear in the series' namesake video game. *gulp!* Good luck, Booster!

Today's Injustice 2 #32 features a fight between the Green and Red Lantern Corps. 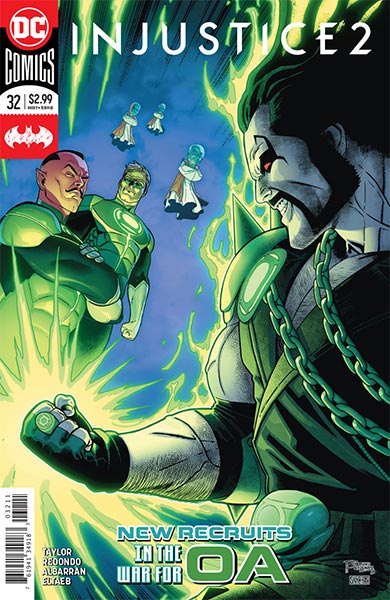 And, of course, more of Booster Gold (and his nifty space jacket). Whoo-hoo!

(You may also consider buying the Seven Soliders by Grant Morrison Omnibus hardcover, though $75 is a lot to pay for the very brief Booster Gold cameo reprinted from Bulleteer #3.) 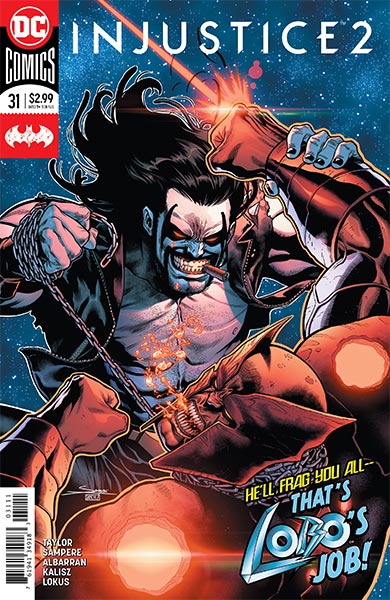 Two weeks ago, Booster Gold got a cool new jacket. That's going to be hard for today's Injustice 2 #30 to top. 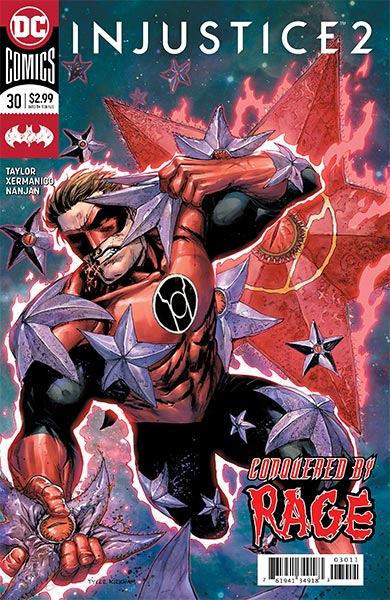 Starro as a Red Lantern? Yeah, that might do it.

Boosterrific [Official Comment] posted on Jul. 18, 2018 at 11:33 PM
Update: I love Booster's characterization in this book as much as I love his new jacketed costume. Seriously, if you call yourself a Booster Gold fan, (and especially if you love classic Blue and Gold) you've gotta read this.