The Panel Everyone Is Talking About

Booster's not in anything this week that I'm aware of, which gives me another opportunity to address a book that came out last week. That book is Superman #23, and it has created quite a stir thanks to this panel:

As I type this, that panel of the world's worst photographer has been liked and retweeted on Twitter more than 200,000 times. Artist Kevin Maguire tweeted, "This is probably the biggest reaction to a panel I've done since 'One punch'."

(If you don't know "One Punch," you've got some good comics to look forward to. Russ Burlingame has a quick explainer of the events of Justice League #5 over at comicbook.com.)

But what gets me about that panel is why all those people in the lobby of the Hall of Justice would want a picture of Superman when Booster Gold is standing right there! 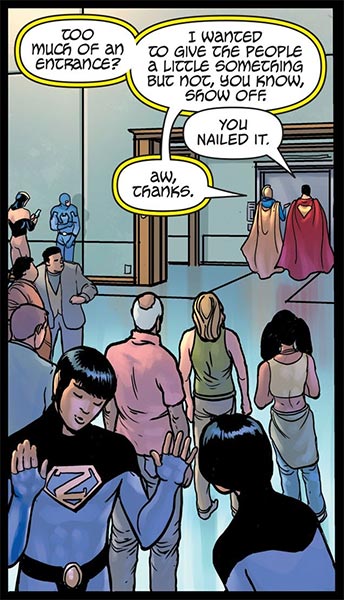 Silly tourists. They might as well be outside taking pictures of birds and planes.

Eskana posted on Jul. 15, 2020 at 3:41 PM
LOL that will be a good story for the kid as he grows up... "Remember that time I met Superman and you took the picture wrong?"
Gotta love Blue and Gold just hanging out in the lobby, though 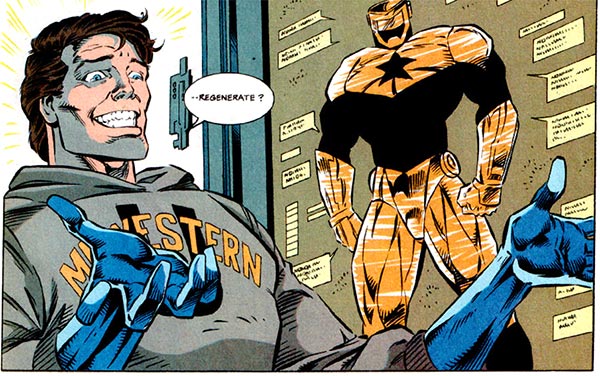