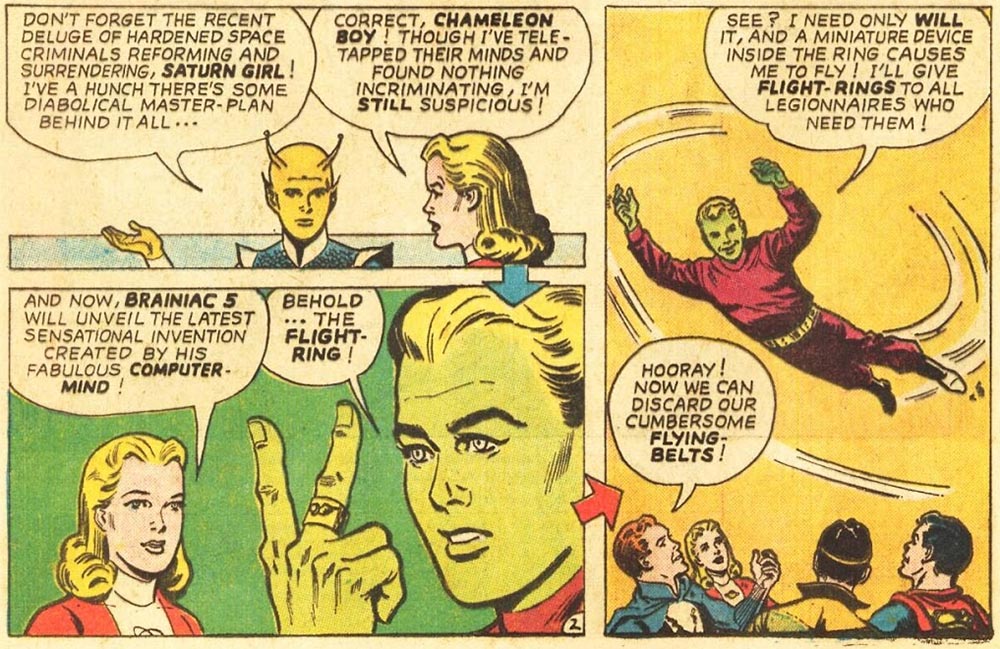 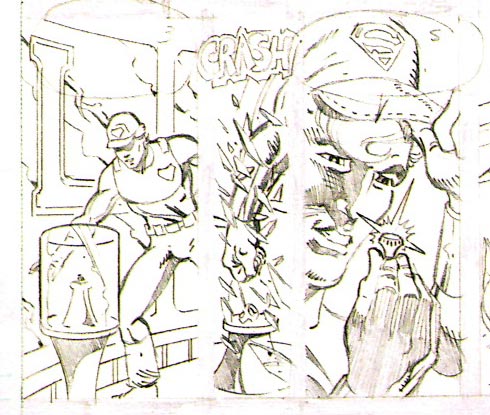 This Day in History: Loose Cannons

Superboy and the Ravers may not be widely recognized by comic book readers today, but it did have its moments, like this panel of Blue Beetle and Booster Gold hitting trying pick up lines on Aura in issue #8:

That issue was released 21 years ago today, which means it's now old enough to drink, unlike Aura, who remains a perpetual teenager. (She had to use a fake ID to get into Guy Gardner's bar. Someone warn Blue and Gold!)

Comments (0) | Add a Comment | Tags: superboy and the ravers

What Will Future Issues of TV Guide Say?

These polls don't often surprise me, but I wasn't prepared for the response that most of you are more invested in Booster Gold naming Doomsday than you were in KooeyKooeyKooey.

Last week's poll question: Which piece of Booster Gold's history are you least bothered to see omitted from the New 52 reboot? (40 votes)

I suspect that I underestimate the power "Death of Superman" had in invigorating the comics-buying public and the influence that the story still holds for DC Comics readers. I don't know why that should be. I personally still wear a "Reign of the Supermen" era Superboy black leather jacket with an "S"-shield on the back and a Superman #75-style mourning armband.

But enough about me. Let's talk about what I want to watch on television. Namely, a show starring my favorite hero!

The solicitation for month two of the Convergence tie-in titles was released last week. 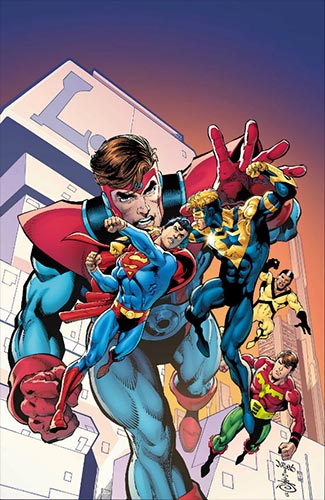 STARRING HEROES FROM CRISIS ON INFINITE EARTHS! Booster Golds...Time Masters...is it possible that the combined might of these heroes can put an end to the Convergence battles?

Note that the cover to this issue includes the pre-Crisis Superboy and the Legion of Super-Heroes. As all DC fans know, the original incarnation of Superboy was erased from the DC Universe during Crisis on Infinite Earths.

Why is that significant? Two reasons: one, according to DC editor Mark Waid in Secret Origins #35, Dan Jurgens' originally intended origin for Booster Gold had our hero in possession of the Legion Flight Ring of the pre-Crisis Superboy, the very same ring you can see on Superboy's right hand on this cover!

And two, this issue gives Booster the opportunity to interact with a character completely off-limits for his entire 30-year career. That sounds like exactly the sort of pairing that fans should want in a two-month event celebrating Crisis on Infinite Earths.

You can see a larger image accompanying the solicitation for this issue at ToplessRobot.com.

Xylob posted on Feb. 17, 2015 at 10:10 AM
Jurgens must have been in a hurry.... what's up with Boosters legs??? Looks like something from the Liefeld school of art.
Regardless, I can't wait for this issue!

It's been nearly 6 months since Booster Gold appeared in a DCnU-continuity book. This isn't the first time Booster has clocked out for an extended period. Back in 1997, Booster made only 2 DCU appearances, one of which was in Superboy and the Ravers #8.

Blue Beetle and Booster Gold made a cameo appearance tring to pick up one of the Ravers in Guy Gardner's bar, Warrior's. It may not have been their finest moment, but it was certainly one of their funniest.

This classic Blue and Gold moment was brought to you in part by Ravers co-writer Steve Mattsson, who celebrates his 54th birthday today. Mattsson made a name for himself in the 1980s with Boris the Bear, a title known for its scything commentary of contemporary pop-culture trends. That's a good pedigree for someone writing for Booster Gold!

Happy Birthday, Mr. Mattsson. Celebrate with a "Loose Cannon" on us!