DC solicitations are out for August, and by my current count, Booster boosters can expect to see our hero make an appearance in at least 10 upcoming books (including reprints). That's a lot!

As we've already covered, Booster will be in August's Tales of the Human Target one-shot as well as several Dark Crisis issues.

And while we knew that Booster would be on the cover of the first issue of DC vs. Vampires: All-Out War, we are just now learning that he'll be on the 1:25 variant edition of the second issue by James Stokoe: 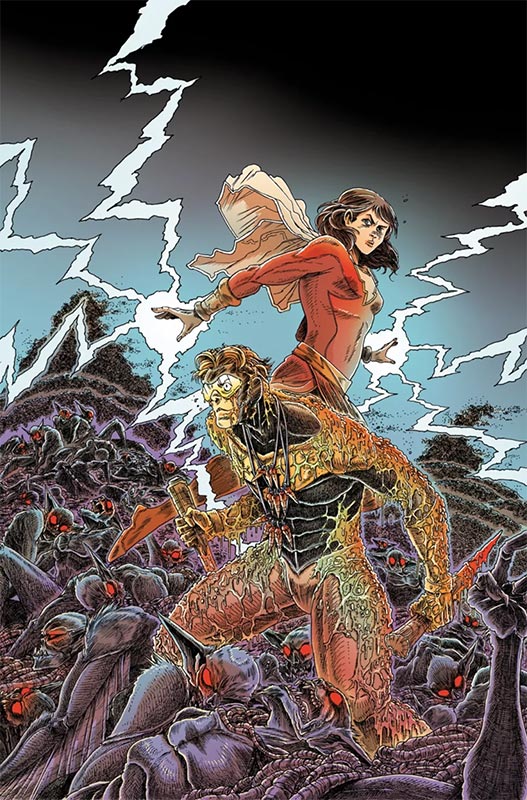 If you didn't know, "1:25 variant" means that for every 25 copies of the book your Local Comic Shop orders with the standard or regular variant covers, they'll get exactly one of those. The general rule of thumb in comic collecting is that you should generally expect to "pay the ratio" for these sorts of incentive variant covers: you pay approximately $25 for 1 copy at your LCS. In today's market, that's like, 5 gallons of gas!

These 1:25 covers will obviously be in limited supply, so if you want this (or any incentive variant — so named because the publisher is using it to create an incentive to buyers to purchase more copies than they might be otherwise initially inclined to order), I recommend you negotiate with your LCS ahead of time to try and strike a deal that will be worthwhile to both of you.

On the other hand, the collected edition of Blue and Gold is due on September 27 for a comparatively meager $19.99. And while I'm sure you already have all the individual issues, won't it be nice to have them all bound under one cover?

You can find all the August solicitations at GamesRadar.com. Spend wisely, Booster boosters.

Not sure if you saw it, but in your quest to account for every appearance of the Corporate Crusader, I found one out of the ordinary... My comic shop's "Comic Shop News" had a FCBD special with what seems to be original art on the cover, showing Blue and Gold (alongside the Hulk, Black Panther, and Invisible Woman) by Fred Hembeck. Just thought I'd let you know!

Most comic shops that carry Comic Shop News pamphlets give them away for free, especially on Free Comic Book Day, which is next Saturday, May 7.

But if your Local Comic Shop doesn't have any, you may be able to find copies for sale online at ebay.com, which is where I found this image: 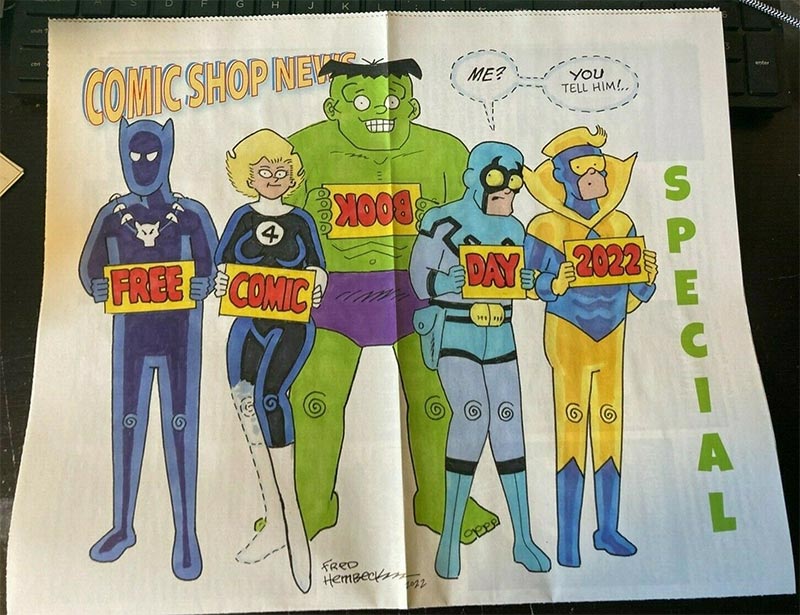 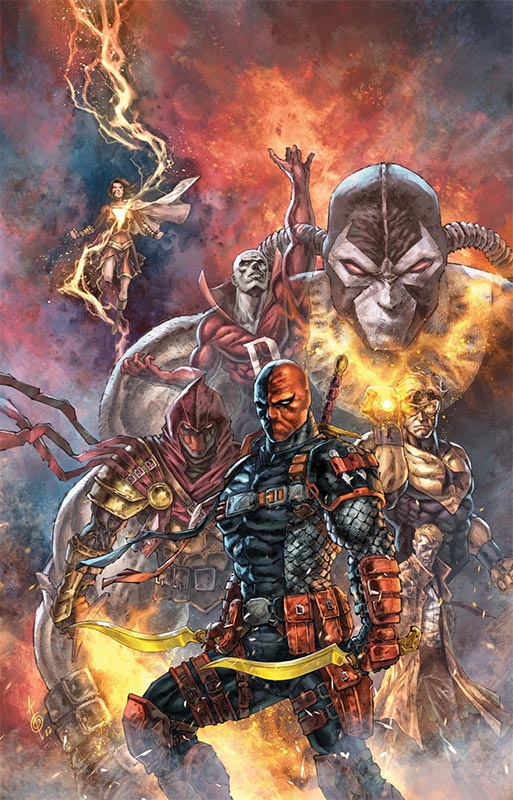 A Grab Bag of News

Two pieces of news today that are probably each worthy of their own post. But since they both came from the ghost of Newsarama at GamesRadar.com, I'm combining them into this one post.

Thing 1: "Booster Gold: Inside the social media superhero who was 35 years ahead of his time" by Vaneta Rogers is a retrospective of what Booster Gold has meant to the writers who have crafted his adventures.

Rogers' oral history includes interviews with Dan Jurgens, Keith Giffen, J.M. Dematteis, and Jeff Katz, all ow whom clearly have a great deal of respect for the character they helped craft.

In fact, Giffen said that, when he and co-writer J.M. DeMatteis were told by editor Andy Helfer they had to use Booster Gold in their new Justice League run in 1987, it was this 'things-never-go-right' element that defined Booster.

"I'll be honest: I had no idea what to do with the character when we first had him," Giffen said. "Booster really didn't gel in my mind until he had the first 'bwa-ha-ha' moment and Beetle was laughing at him. I knew then that this character is going to know life's frustrations and is going to get knocked down a lot, but is always going to get back up again."

That's just a taste of the insight the piece provides into what has made Booster Gold so durable for the past three-plus decades. Good work, Vaneta.

The report lays out the basic premise of the series and quotes writer Tom King telling us how this is going to be just like every other prestige mini-series he's written for DC in the past half decade. But the important part for Booster boosters is the news about the variant covers.

The [Trevor] Hairsine and [Danny] Miki #1 and #2 variants connect to form the cover of a 'Whodunit' board game. The back cover features a pin-up calendar, "leaning into the mid-century feel of the comic," says DC.

When placed side by side, those variant covers will look like this:

Cort posted on Oct. 1, 2021 at 2:27 PM
Thanks for the article! I'm also reluctantly pulling the first issue of Human Target and hoping its good. The art alone will be worthwhile I'm sure though.