The issue is co-written by Justice League International scribe J.M. DeMatteis, so you just know there are going to be some old-fashioned Blue and Gold antics. 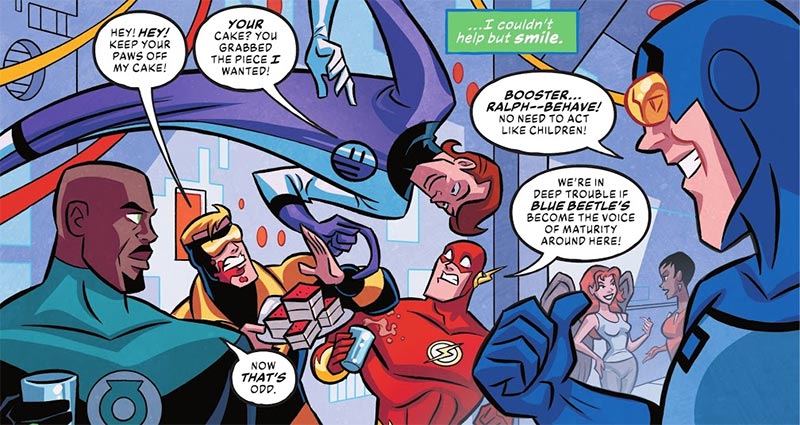 I say let him eat cake!

Buy either of these books and make Skeets happy! 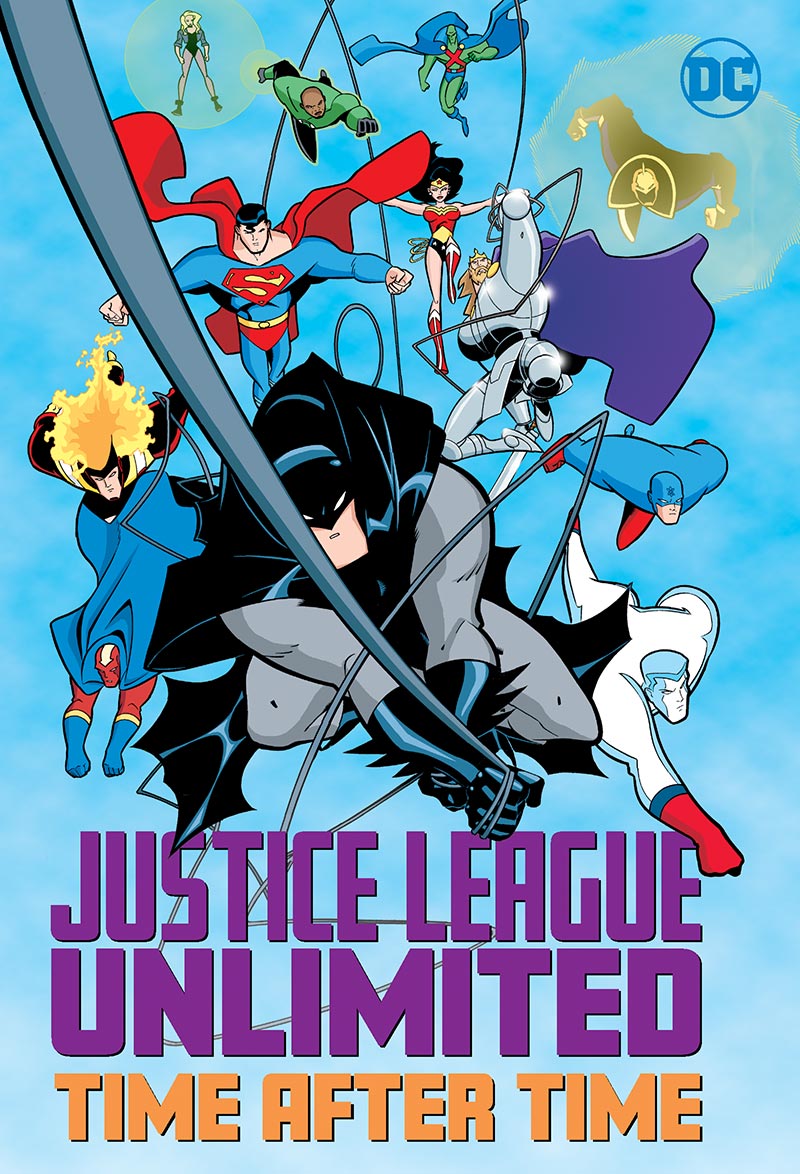 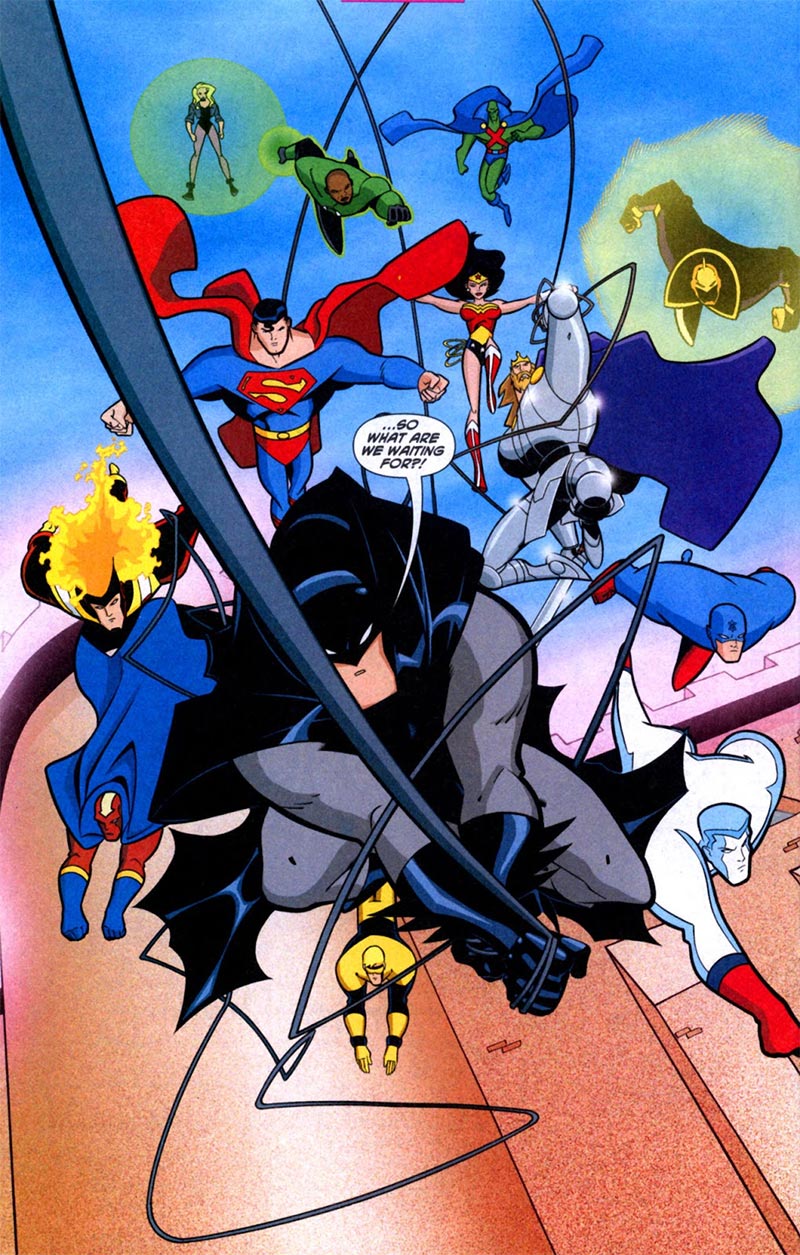 This Day in History: Fighting Freedom

I spent a lot of time in 2020 showcasing the best Booster Gold comics. But Booster Gold appears in plenty of other comics that while maybe not great are still pretty darn good.

Take, for one example, Justice League Unlimited #17, released 15 years ago today. The issue's story, "Let Freedom Ring" by Adam Beechen, Carlo Barberi, Lary Stucker, Heroic Age, and Phil Balsom, is based in the continuity of the excellent animated series of the same name and is, at its core, little more than a cliché excuse to have some good old-fashioned hero-on-hero super fisticuffs. As stale as the concept may be, there's plenty of fun in the execution.

But don't take my word for it; see for yourself. Here I've condensed the issue to remove most of the panels Booster Gold doesn't appear in (which is how I read most comic books). 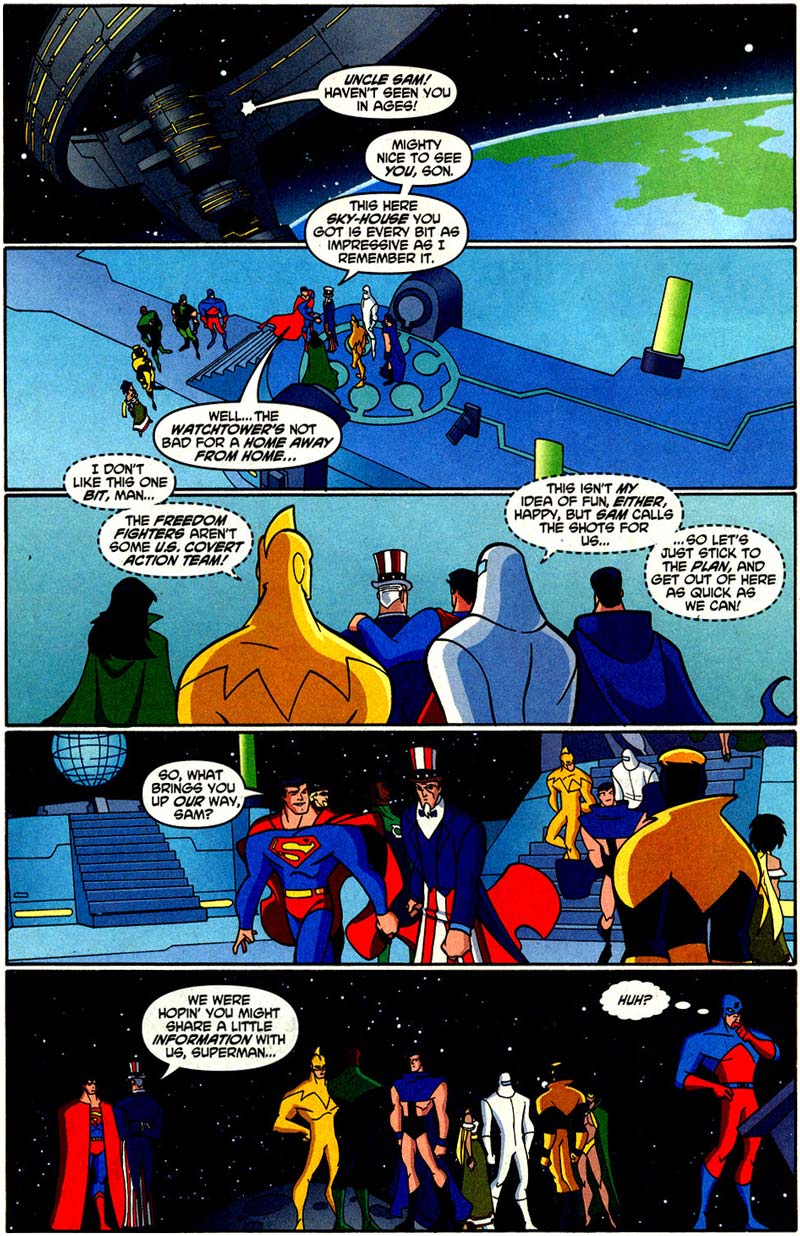 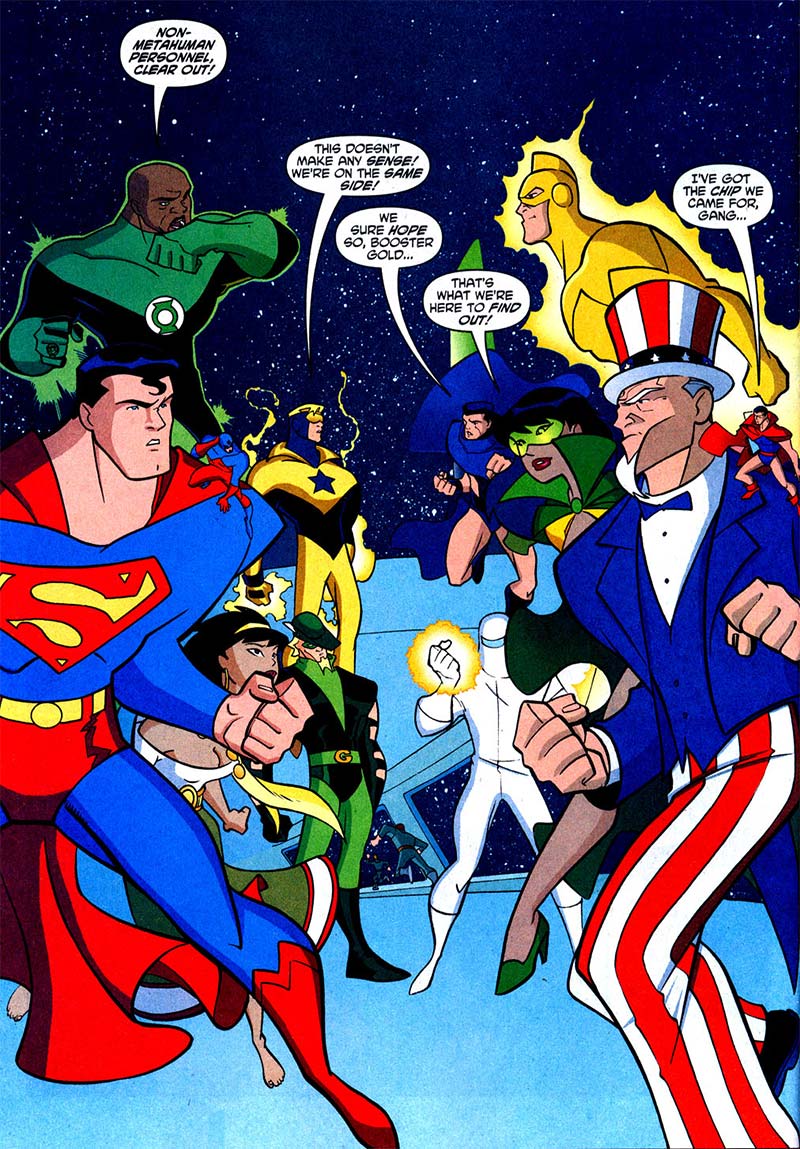 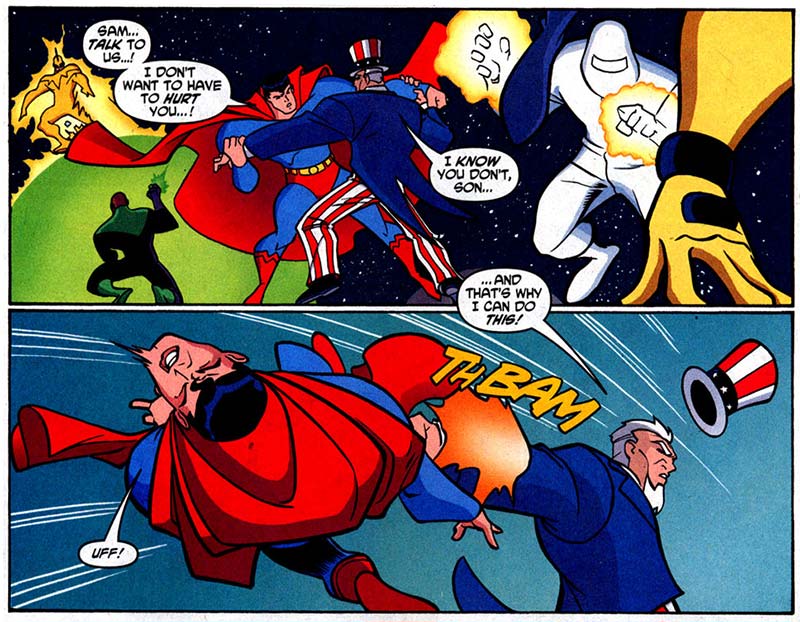 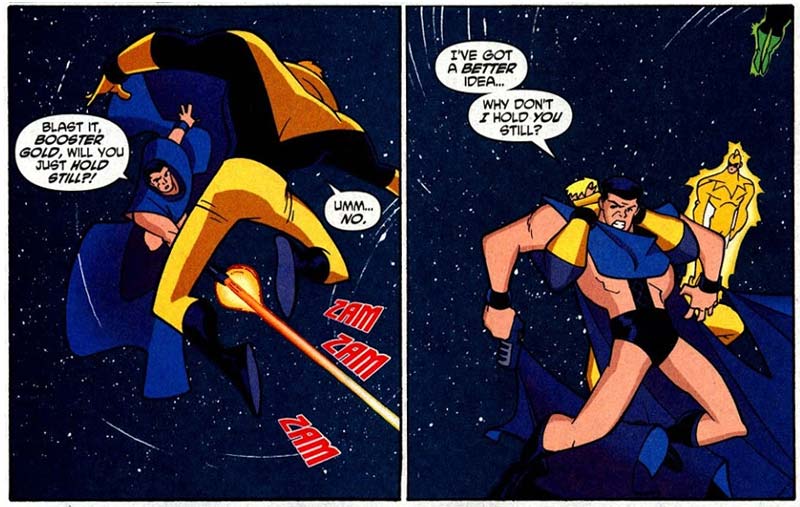 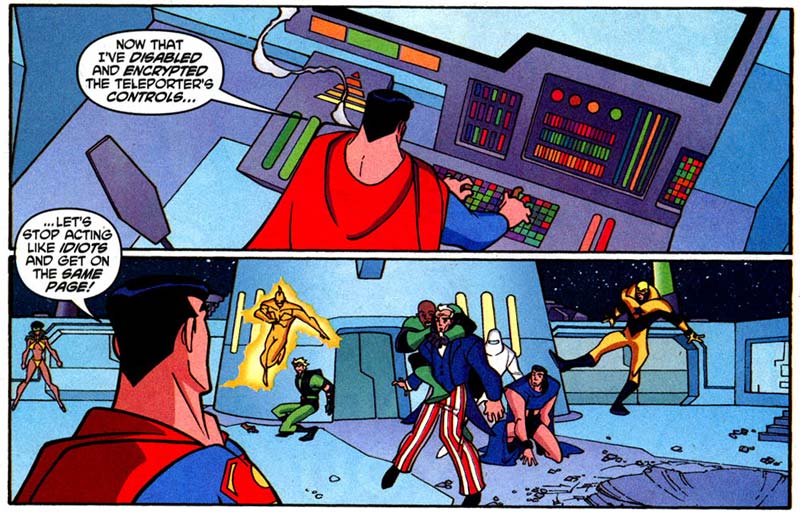 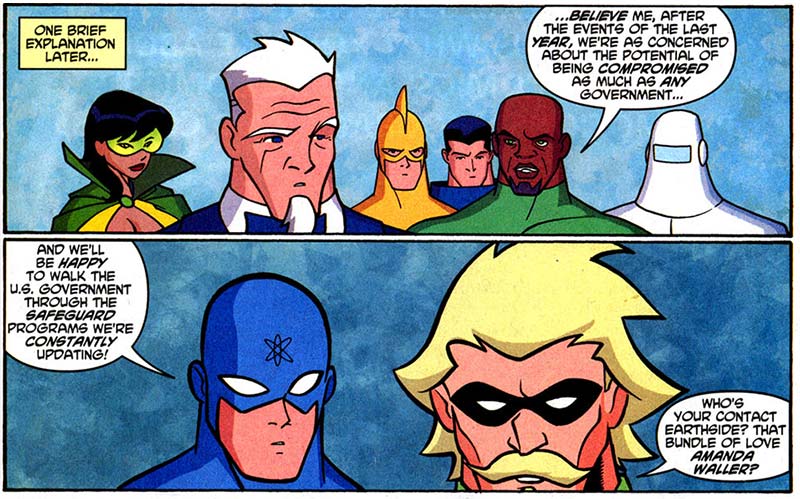 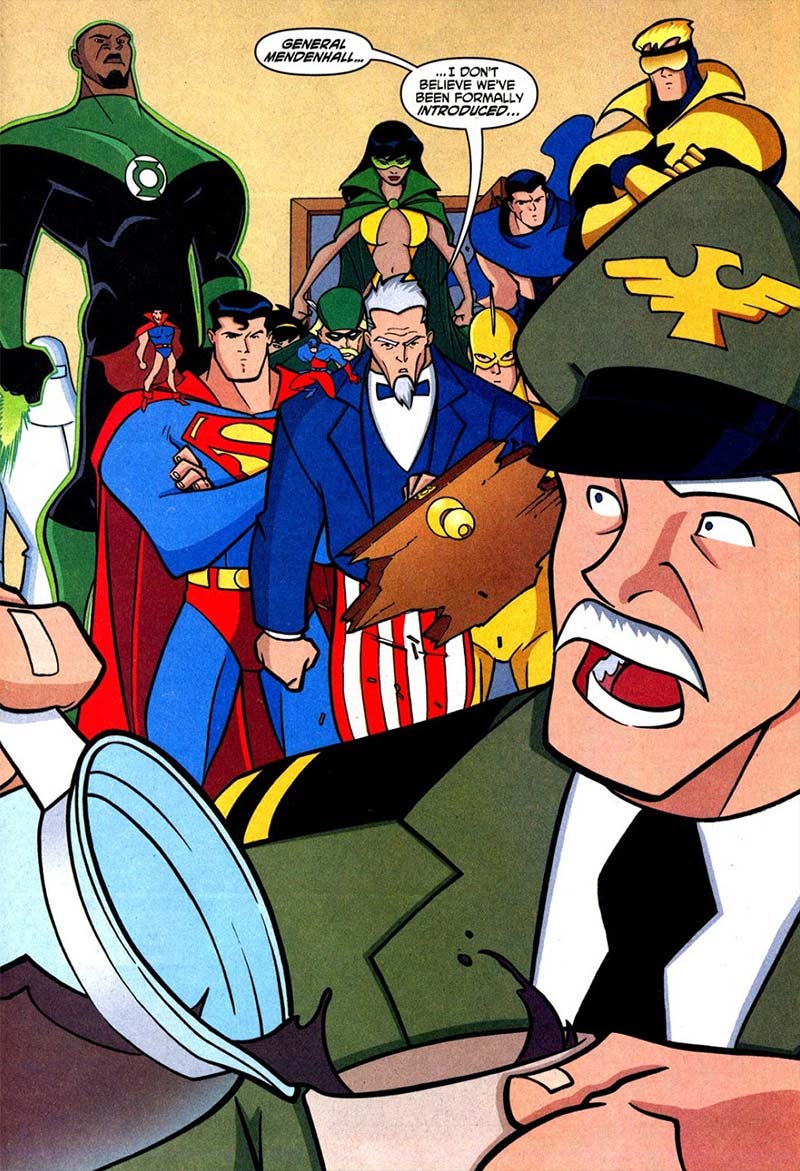 As you can see, Booster doesn't play a very big part, but that doesn't mean the issue isn't a joy to read.

I assure you, the panels that Booster aren't in are just as good. (There's an especially entertaining bit between Superman and the Human Bomb.) If you get a chance to read the full issue, I recommend you do so. You won't be sorry.

Boosterrific [Official Comment] posted on Jan. 4, 2021 at 1:24 AM
The last page of the issue has nothing to do with Booster Gold. I just really like it. 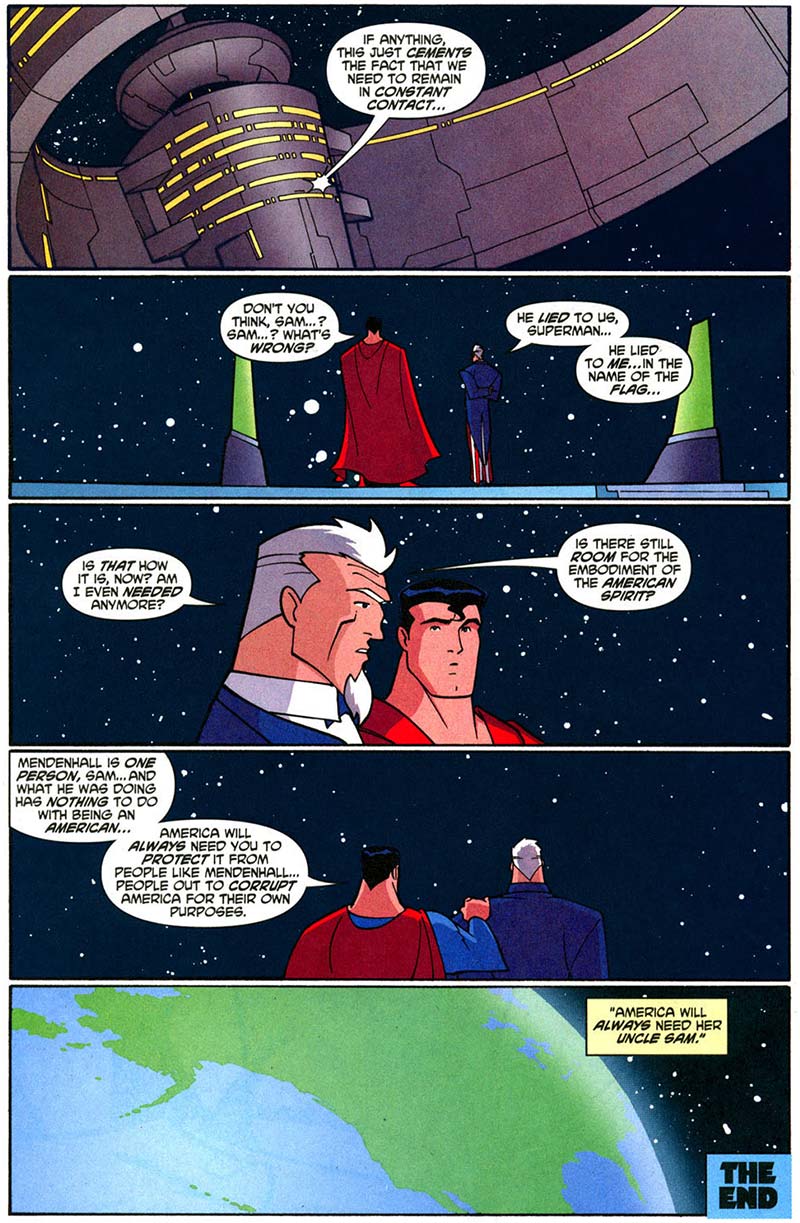 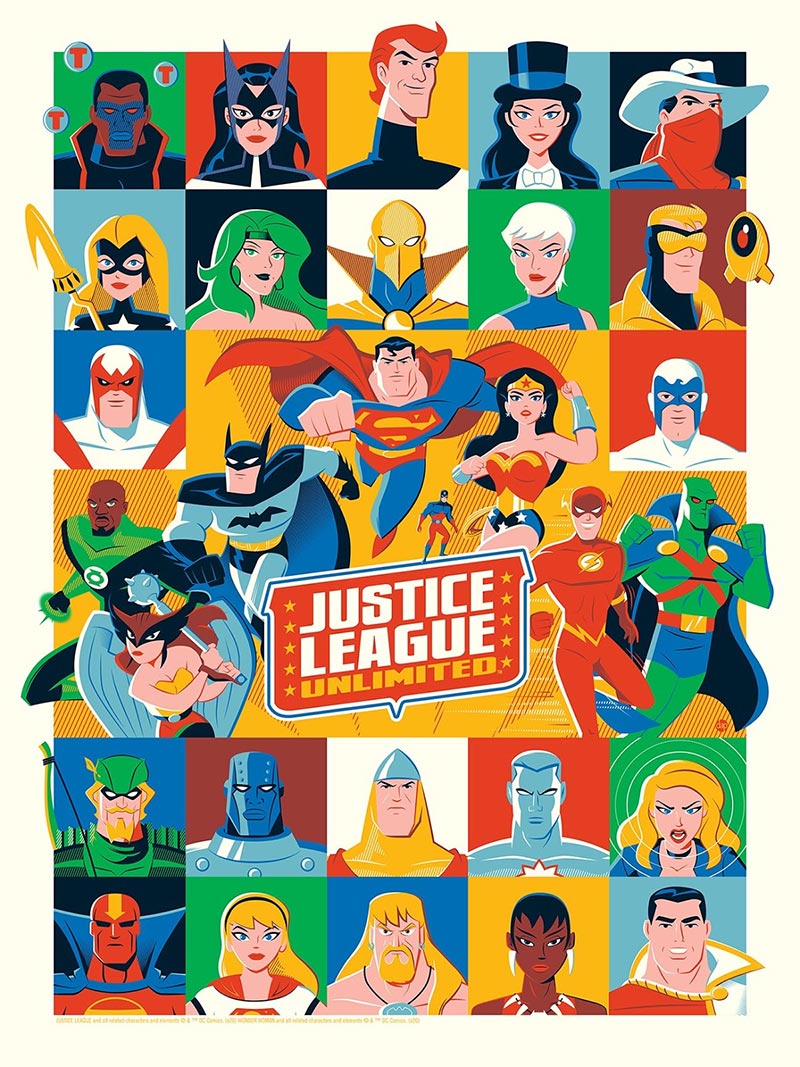 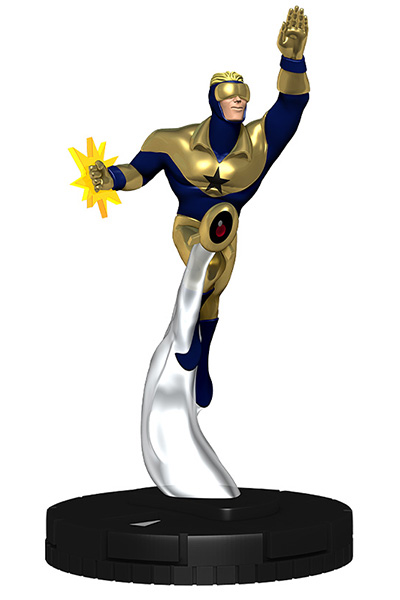