I hope you have some money left over from your Christmas shopping, because Action Comics #994 is out today! 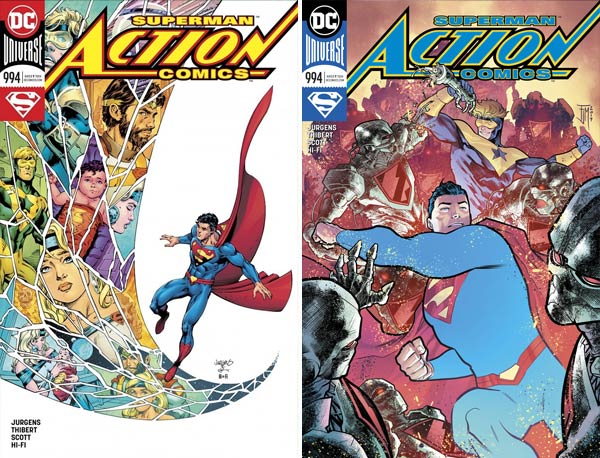 Like last issue, today's comic was drawn by Dan Jurgens, despite what both DCComics.com and PreviewsWorld.com say. This is likely the last issue of the "Booster Shot" story that will be penciled by Jurgens, so enjoy it while you can!

If you'd like to try before you buy, you'll find a preview of the issue at DCComics.com.

Buy both covers (by Jurgens and Francis Manapul), and make Skeets happy!

The one, the only Booster Gold makes his long-awaited return to the DC Universe in today's Action Comics #993! 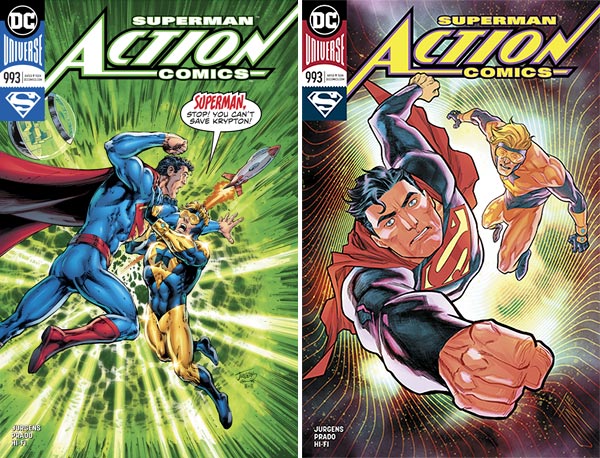 For some reason, both DCComics.com and Diamond Comic Distributor's website PreviewsWorld.com still incorrectly identify several of the issue's artists. As we have detailed before (and you can see above), the issue is pencilled by the inimitable Dan Jurgens with inks by Joe Prado & Cam Smith. Francis Manapul provides the alternate cover art.

You can see a preview of the issue on CBR.com.

Hurry to your Local Comic Shop today to buy both covers and make Skeets happy!

Last Monday, I guessed that Francis Manapul was teasing his cover for the upcoming Action Comics issues featuring Booster Gold. This weekend, he proved me right.

Said Manapul on Instagram: "I'm taking over the variant cover art duties for #ActionComics and I couldn't be more excited! Here's the first cover of my run, #Superman along with time travelling #BoosterGold" 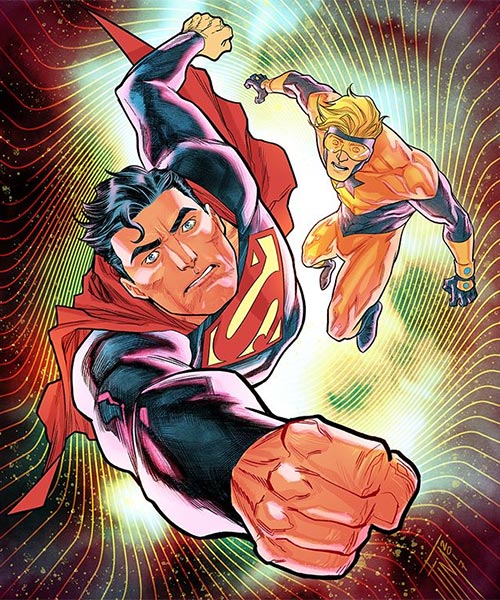 Presumably, that's the alternate cover for Action Comics #993, due December 13. DC has already released an image by Dan Jurgens presumed to be the standard cover. Neil Edwards and Jay Leistin were originally announced as the variant cover artists; I assume at this point that was an error.

(A quick note for new collectors about DC's "variant" covers. Traditionally, "variant" covers have been used as retailer incentives: "for every 2 of cover A, you can purchase 1 cover B," etc. This led to cover B being more expensive than cover A because retailers passed along the cost of acquisition. However, these days DC offers each issue in two covers to be ordered independently by retailers. Since the two covers exist in equal numbers, it's entirely arbitrary which is the "variant" as in practice they are both "regular" covers. So buy the one you like, or both, as neither inherently has more value or is rarer than the other.)

Over the weekend, Ithildyn recommended that I should check out artist Francis Manapul's Instagram page. That's where I found this: 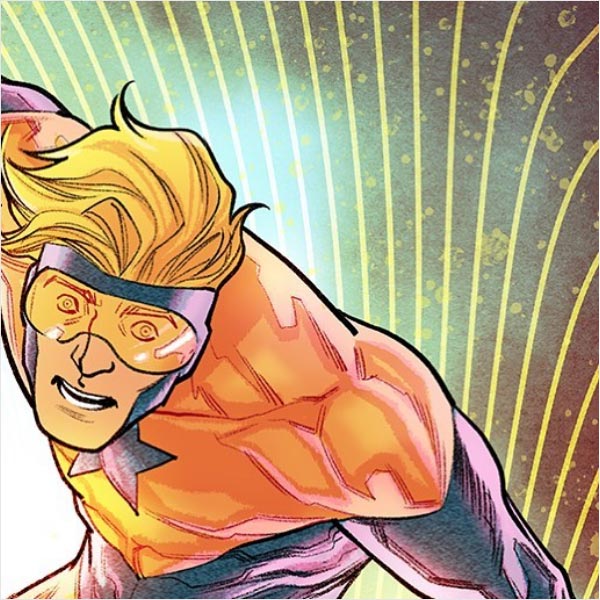 Manapul has been working for DC Comics for a decade, and in that time he's never drawn Booster Gold for publication. Is this about to change? The instagram post is tagged "#actioncomics", which leads to the implication that this will art is part of a cover for an as-yet unreleased issue.

Although DC hasn't announced that Manapul will be providing any covers for the title after next week's Action Comics #992, we already know that solicitations for issues of the "Booster Shot" story running through Action Comics in December and January misidentified interior artists. (Brett Booth will not be drawing interiors on issue #993 or #994.) It seems increasingly likely they were wrong about at least one cover artist as well.

We'll be keeping an eye out!

Thanks for the help, Ithildyn.

Steven Palchinski posted on Nov. 13, 2017 at 3:33 PM
I believe it will be a varient cover. Francis has been doing alot of those as of late.

But I would love to see him do a booster Gold book. One of my top favorite artists.

Justice is Coming to Comic-Con!

DC has announced that Dan Jurgens will be joining Geoff Johns, Jim Lee, Eddie Berganza, JT Krul, Eric Wallace, Francis Manapul, Brian Buccellato, Philip Tan, and moderator Bob Wayne on the "Justice League" panel at the San Diego Comic-Con on Friday, July 22. It's just possible that some real news will come from this star-studded panel, but don't expect to discover who the mysterious disappearing woman on the cover of Justice League International #1 is. Some secrets man wasn't meant to know.

For a complete list of the DC panels at this year's Comic-Con International, visit The Source.

Eyz posted on Jul. 13, 2011 at 5:59 AM
Hope it show some light on all this reboot non-sense.
And Jurgens will actually share is feelings on the new direction for Booster (that ridiculous new costume...)