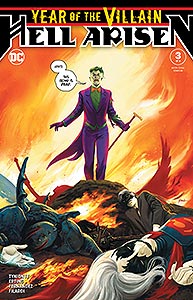 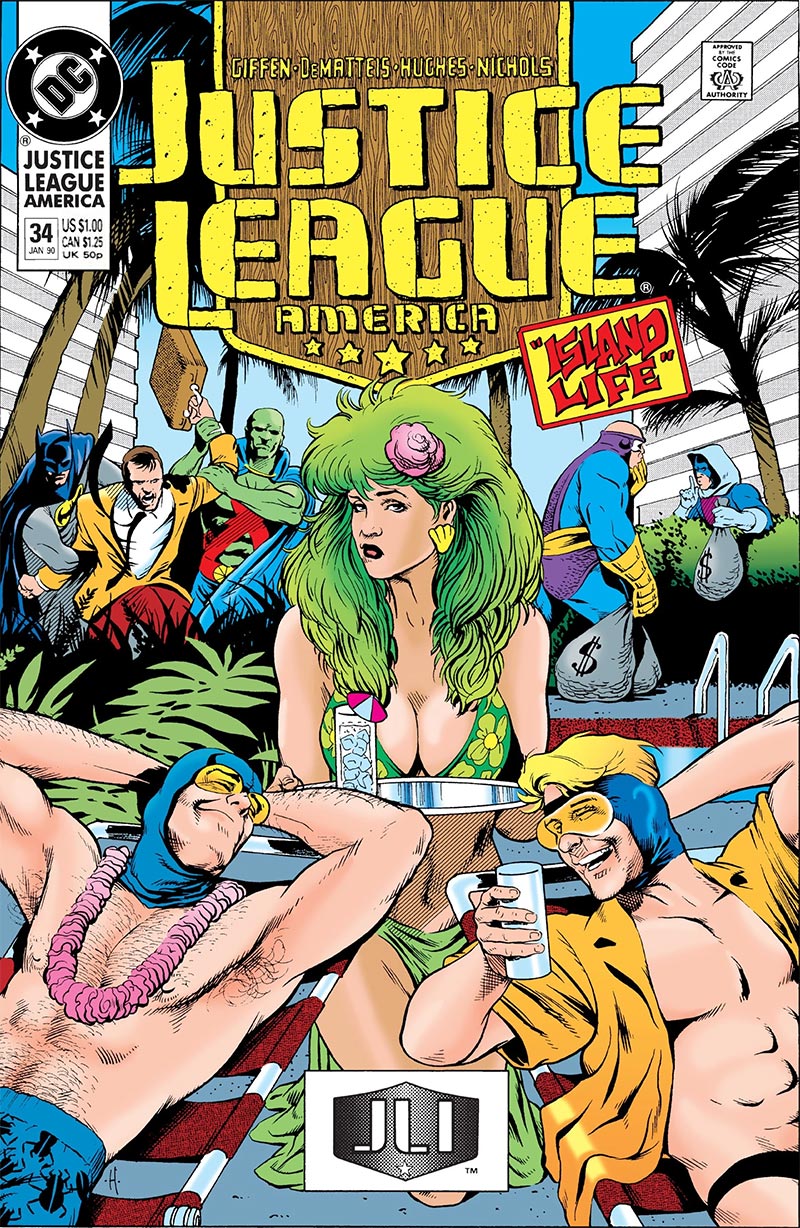 Last week, Booster booster Ariel complained about Booster's short haircut worn at the end of his run in the 1980s. He doesn't care for it. To each their own.

Personally, I happen to find it fetching, in no small part because that's the style Booster wore on one of my favorite covers: Booster Gold #18 (1987)!

Maybe I'm just old school, but I love it when the image on the cover of a comic foretells what'll be happening inside its pages. Booster Gold lying defeated in the gutter? An unknown gunman with our hero in his sights? How will our hero ever get out of this? Open the book and find out!

Dan Jurgens and Jerry Ordway really know how to put together a cover, don't they? In Western culture, our eyes are trained to wander to the bottom right of a page. Jurgens is clearly aware of this visual scanning tendency and redirects our eyes back up through the body of the trenchcoated killer, down the barrel of the gun straight to Booster's heart. Powerful stuff!

(Who did that color? Was it issue colorist Gene D'Angelo? The warm red and gold really pop against that receding, cool green background. It's simple but effective use of complementary color theory.)

In addition to the beautiful artwork, I have to admit in the spirit of full disclosure that part of my admiration is likely due to the story within. It's one of my favorites. In fact, I recently declared it one of the 12 Best Booster Gold Stories Ever. I'll explain why on Monday.

See you next week!

Jordan N. posted on Mar. 20, 2020 at 6:50 PM
Long time reader, first time poster! I like that cover a lot too, it was one of my first I collected of Booster's original series. I always wondered if there was some kind of behind the scenes connection between it and Blue Beetle #16, which I think came out around the same time. Both are looking down at the hero in a dark alley from the perspective of a non-super-powered threat, with a gun here and a knife being wielded in Blue Beetle. The covers aren't exactly the same but resemble each other closely enough I wondered if it was coincidence or collaboration?

Anyways, love the site and I regularly check in. Booster is the best and I enjoy the passion for him and the community here. Thanks!

Cort posted on Mar. 20, 2020 at 8:53 PM
That haircut kinds grew on me over time but I definitely prefer his look at the near end of the series. And this Booster cover is probably one of my first comics!

I love flashy covers like this too. Ordway's inks do very well here.