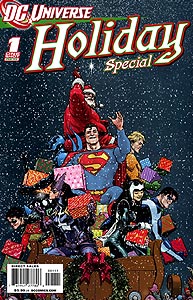 Story Notes: It's often difficult to pin down when, exactly, in a character's chronology a holiday story takes place, and this story is no exception. This story must take place following the events of Green Arrow and Black Canary Wedding Special #1 due to the status of the third Shaggy Man, and before the events of Final Crisis #2, as indicated by the inclusion of Martian Manhunter. 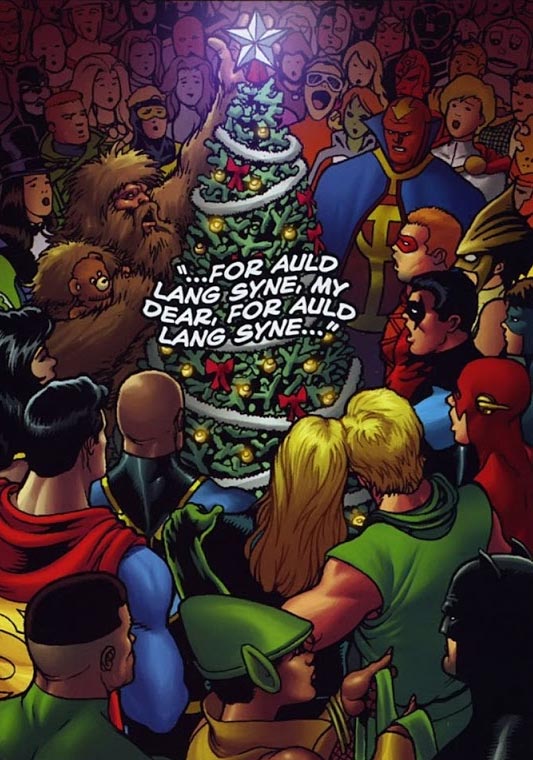 Page 62, panel 4
The assembled heroes (and 1 villain) gather around the Christmas tree to sing a traditional New Year's Eve song, "Auld Lang Syne." These heroes include Dr. Will Magnus, Flash I, Green Arrow, Kid Devil, Miss Martian, and Wildcat. While the sole female Metal Man, Platinum, is mentioned in the story, she is never seen on panel.

Boosterrific Review: By their very nature, throw away Christmas stories can be either middling or fantastic. Somehow they are never terrible, just forgetable. And odds are that you'll probably forget this middling story as soon as you close the cover.