Last week on Twitter, Bats-Marvelous drew our attention to this unused concept sketch from Howard Porter for the Booster Gold and Blue Beetle in Justice League 3000: 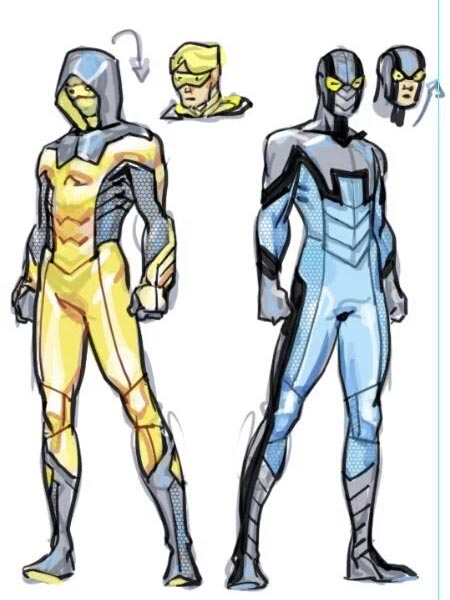 Booster may be missing his trademark star, but otherwise, it looks pretty good to me. I especially like the hood, which simultaneously plays with Booster's public profile (what celebrity doesn't try to hide from the press in a hoodie?) and simulates the high collar. Clever, @MrHowardPorter. Clever.

Not Another Booster Gold Appearance

Booster booster Logan wrote me last week to ask if I'd seen the latest (and final) issue of Justice League 3001. He wanted to know if I'd seen this: 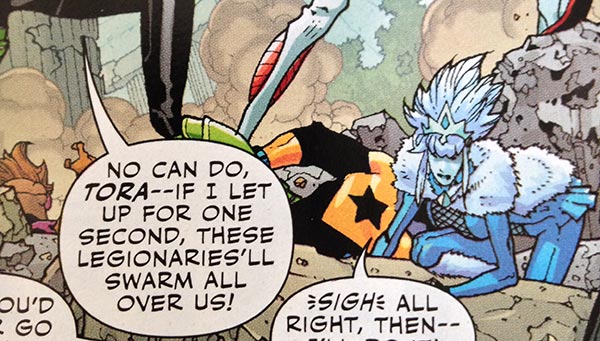 That sure looks like Booster Gold's body in the rubble beside Ice. However, it doesn't make any sense for Booster to be there.

Booster and his pal, Blue Beetle, disappeared from the series after the evil Lady Styx took over the universe in issue #7. The climactic battle, which Booster didn't participate in, took place on Paradise Island, a secret location Booster couldn't have reached. So how could that be him on the ground? 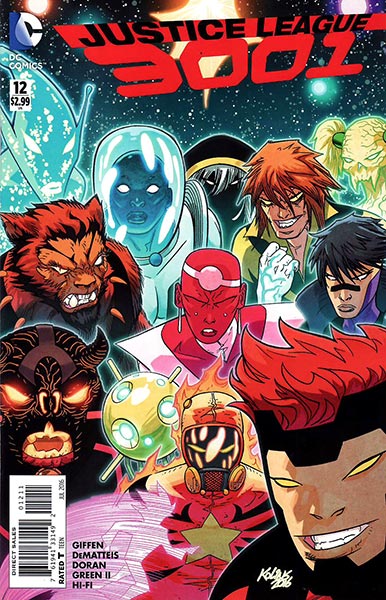 My theory is that's not Booster, but the body of the evil clone of Wildfire of the Legion of Super-Heroes. Wildfire also has a star on his chest, and appears throughout the issue. (You can see him at the bottom center of the cover above.) I suspect that the issue inker or colorist saw Wildfire's body on the ground surrounded by the reincarnated JLI and mistakenly detailed it as Booster Gold.

I reached out on Twitter to issue writer J.M. DeMatteis to ask if he'd intended to show a dead Booster Gold. This was his response:

FKAjason posted on Jun. 3, 2016 at 12:51 AM
Thank heavens for DeMatteis' quick response. I was really stressing over the fate of Booster! 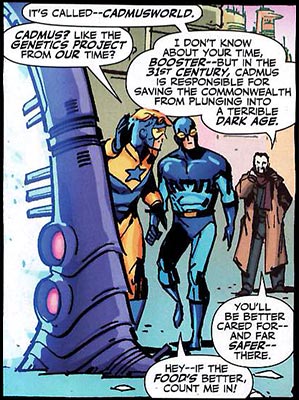 Ok, so maybe Booster and Beetle appearances in these issues are very, very tiny — fine, let's call them cameo appearances — but surely you agree that some Blue and Gold is better than none.

No title in recent memory has been as unpredictable as Justice League 3001. The title is the personal playground of Keith Giffen and J.M. DeMatteis, and there are a whole bunch of players in their sandbox, all moving in apparently random directions. Even the covers tend to be something other than what you might expect. 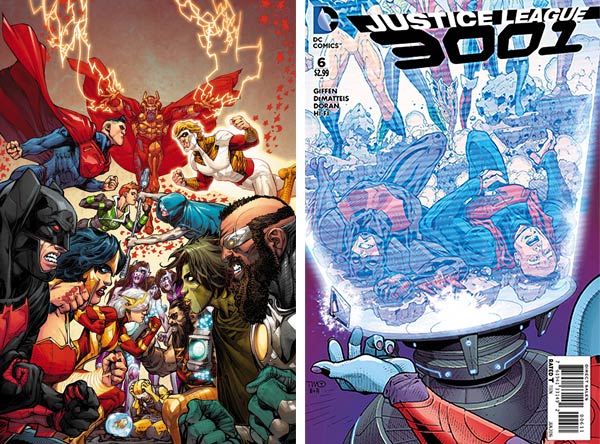 If you'd like to try before you buy, find a preview of the issue alongside an interview with Keith Giffen at Comicosity.com.

UPDATE 2015-11-28: No, there is no Booster Gold inside, only on the cover. The Booster-drought continues unabated.