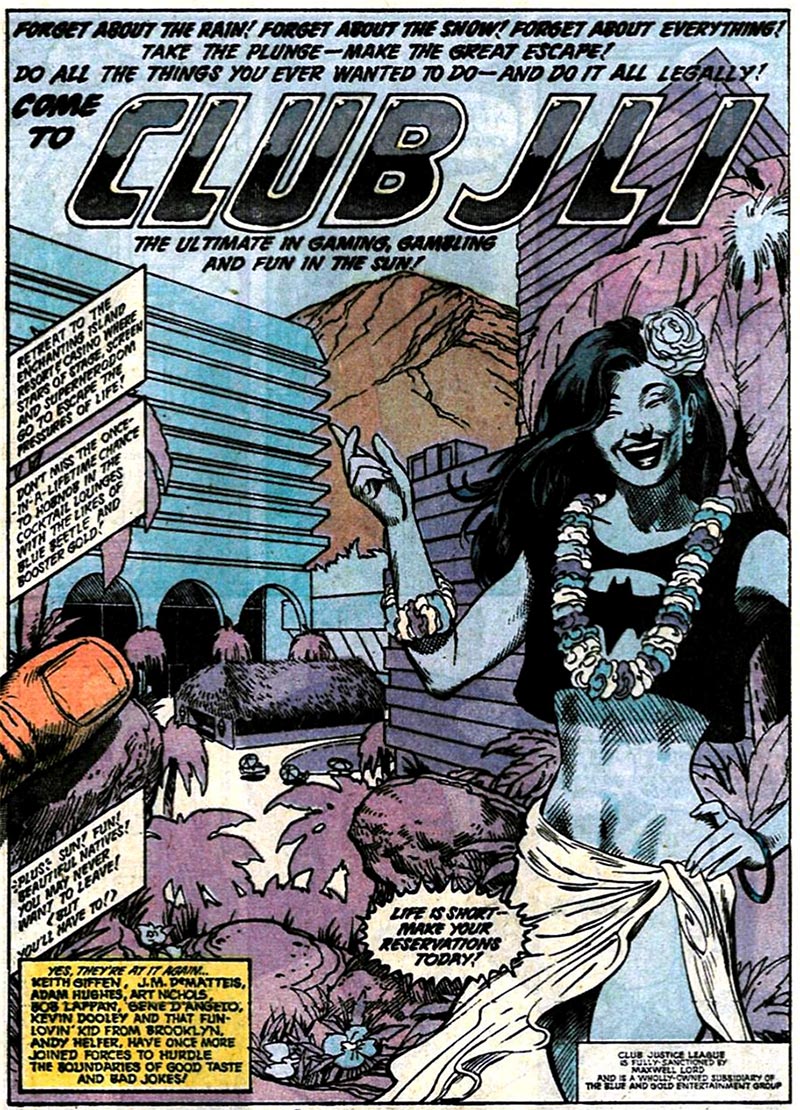 This Day in History: Meet KooeyKooeyKooey

Do you remember What comics you were reading 25 years ago? If you were a Justice League International fan, you were treated to the first on-panel appearance of the tiny Pacific island KooeyKooeyKooey 25 years ago today.

One month later, KooeyKooeyKooey would be the home of the ill-fated Club JLI, a Justice League-themed resort and casino. Club JLI was built by funds embezzled from the United Nations and was robbed by future Leaguer Major Disaster, but neither of those problems were what ultimately doomed it. But you probably know all about that already.

(And if you miss the madcap adventures of Blue and Gold, be sure to pick up the duo's return in Justice League 3000 #12 on December 3.)