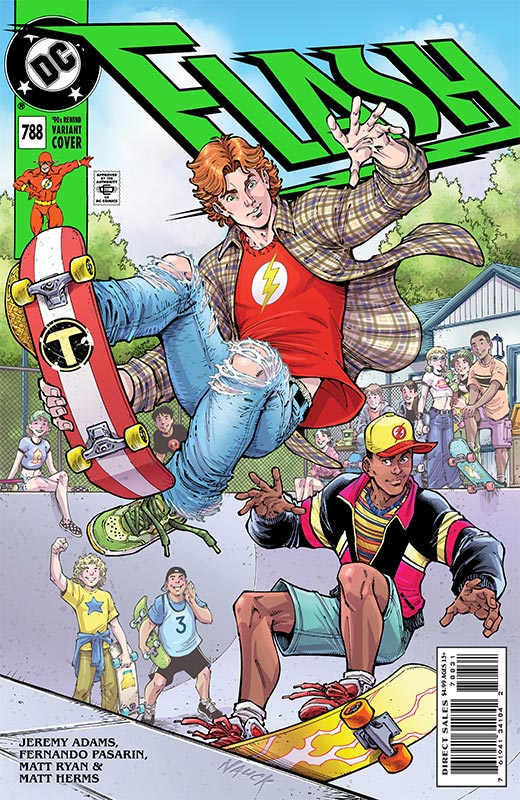 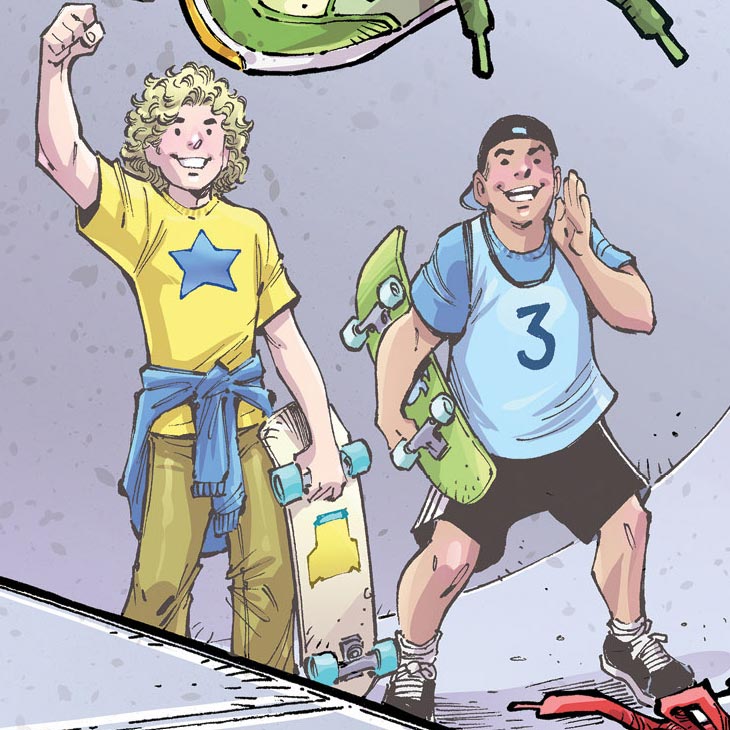 Variations on a Theme

Earlier this week, we learned via aiptcomics.com that DC will be revisiting the Flashpoint universe in a seven-issue event called Flashpoint Beyond starting in April.

It remains to be seen what role (if any) Booster Gold will be playing in this event, but we do know that he will be on the 1:50 variant cover to Flashpoint Beyond #0 drawn by Todd Nauck:

Now, a "1:50 variant" means that for every 50 copies a comic shop orders of the regular cover, they *should* get 1 of these. (I say "should" because distribution shortages and allocations have been known to happen.) I suggest that any Booster boosters who wants this in their collection go ahead and preorder 51 copies of Flashpoint Beyond #0 from their their LCS.

But that's not the only variant cover we'll be seeing Booster on in April!

As you may have heard, Entertainment Weekly broke the news that the Justice League will be killed off in April's Justice League #75. (Don't worry too much: comics being what they are, I'm sure they'll get better.)

In a tribute to the 30th anniversary of the "death" of Superman (see what I mean?), one of the many variant covers of Justice League #75 will be drawn by Dan Jurgens and Norm Rapmund and feature many former leaguers, including Booster Gold and two Blue Beetles! 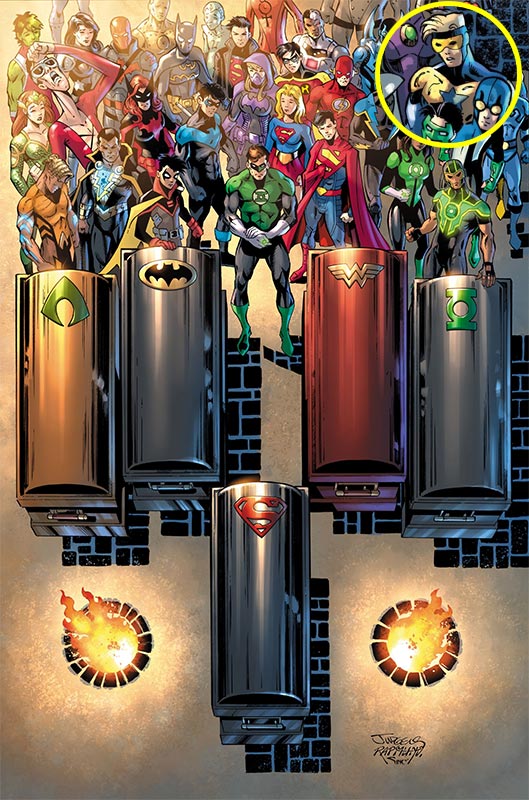 This cover should be easier to get than a 1:50, but we'll have to find out more as we get closer to April. 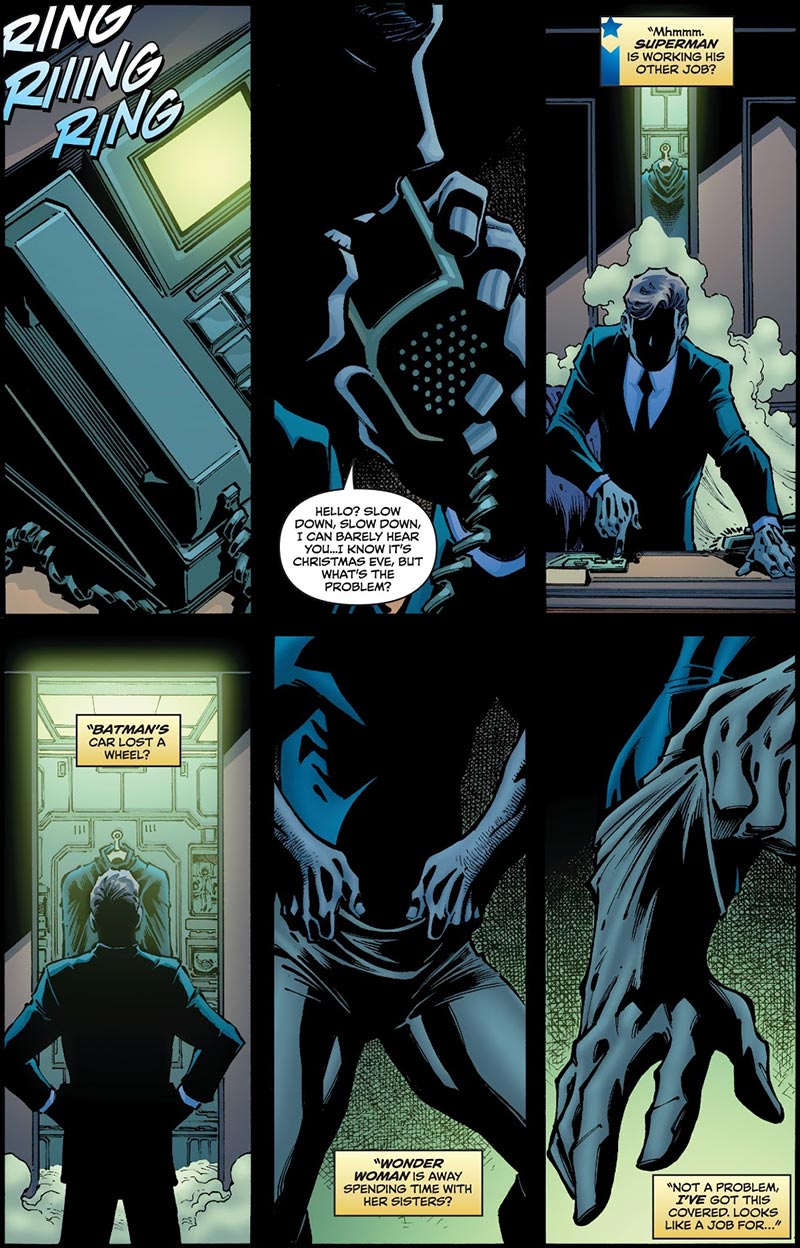 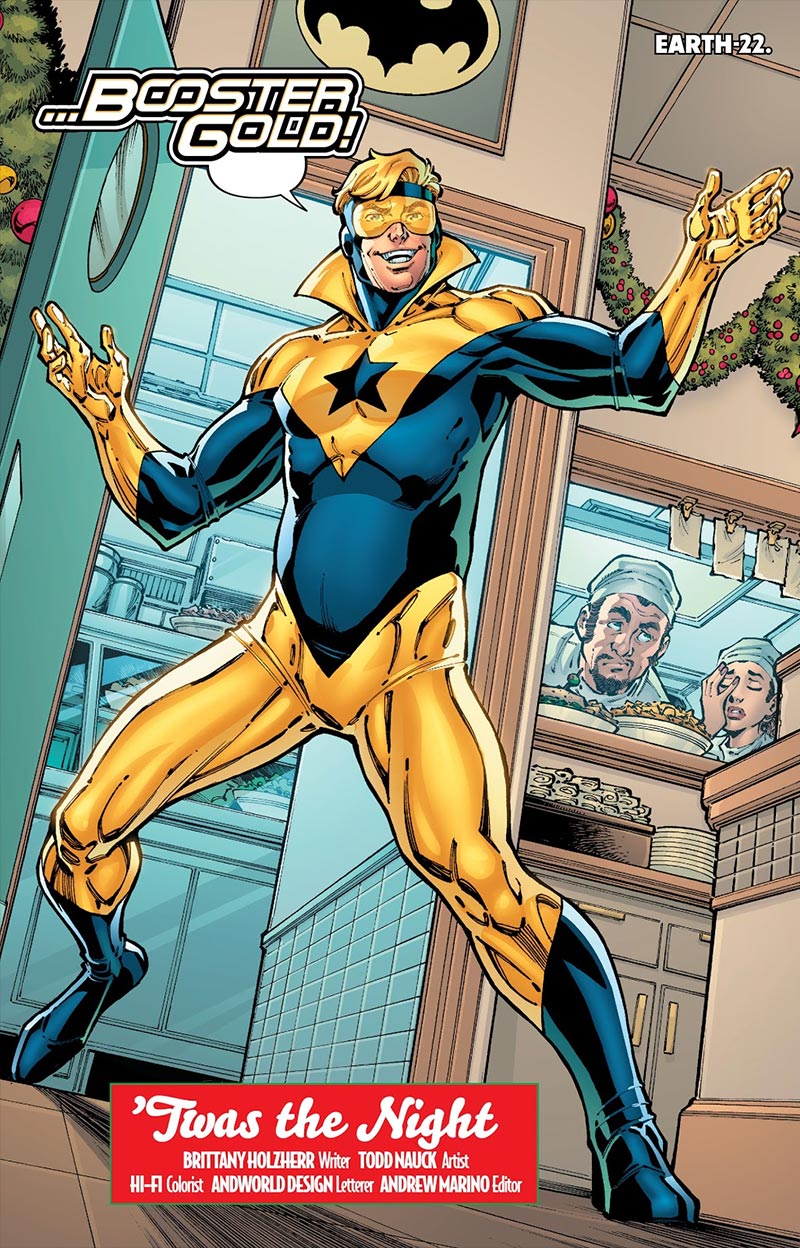 When DC released the solicitation for today's DC's Very Merry Multiverse holiday anthology back in September, they completely failed to tell us that it contains a story featuring the greatest restaurant manager the world has never known! 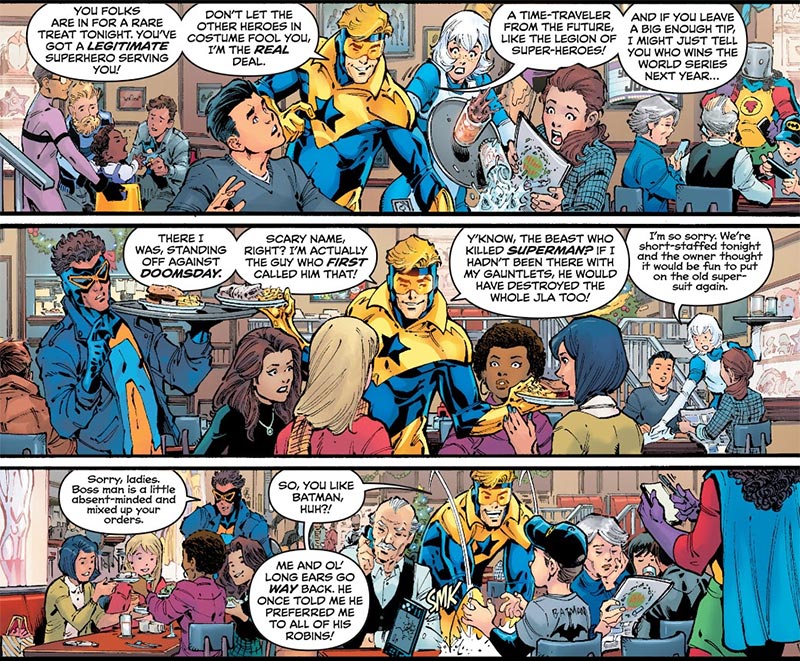 The 8-page story was written by Brittany Holzherr, the associate editor for both "The Gift" and Heroes in Crisis. My opinions of those stories are well known, but I'm not holding them against Holzherr, who seems to have learned all the right lessons: once again she's working with some great artists in Todd Nauck, Hi-Fi, Andworld Designs!

There's a preview of the anthology's first story (Harley Quinn in "It's a Horrible Life") online at CBR.com, but do yourself a favor and just buy this very Boosterrific issue anyway. You'll make Skeets — and yourself — merry indeed.

The Blue Morpho posted on Dec. 9, 2020 at 9:58 AM
So I have a few issues with this comic, firstly maxwell lord. secondly the blue beetle mask they have is wrong for that universe.

Boosterrific [Official Comment] posted on Dec. 9, 2020 at 1:57 PM
While it isn't the helmet Ted wore in KINGDOM COME, the Blue Beetle mask Booster saves is an appropriate historical relic from his time with the JLI. You'll note most of the items we see on display in the restaurant are from the JLI era.

As for Max, we know the histories of Earth-22 and Earth-1 diverged prior to COUNTDOWN TO INFINITE CRISIS. So this is the benevolent Giffen/DeMatteis Max, not Geoff Johns' revised villain.