I figured if we were going to see Booster Gold anywhere this week, it would be in Dark Crisis: Big Bang. After all, the whole issue is a trip through the new DC Multiverse drawn by Dan Jurgens and Norm Rapmund.

But no. No Booster anywhere.

However, just when I was prepared to write about something else today, Booster booster Logan writes in to tell me that about a Booster Gold appearance I missed last week!

Set your eyes on this panel from Wildstorm 30th Anniversary Special #1:

art by Will Conrad and Romulo Fajardo Jr.

So if you do go to your Local Comic Shop this week, be sure to check the shelves for last week's comics. Thanks, Logan!

Booster booster Logan Peterson works in a bookstore and writes in to tell us that he has spotted our hero in the new book DC Greatest Events coming soon from Stephen Wiacek and DK.

I meandered my way through and can report that Booster makes several visual appearances--mostly in group shots from events like Zero Hour and Heroes in Crisis. He is listed in the index, though, which directs one to this particular page in the Flashpoint entry:

Golly. At the time, I believed Flashpoint was nothing more than a naked cash grab before the "New 52" launch. Reading that recap description of the "16 interlinked but self-contained three-issue limited series" makes me think my original opinion was too generous.

Thanks for the heads-up, Logan. Now everybody knows what to ask for from Santa this Christmas! 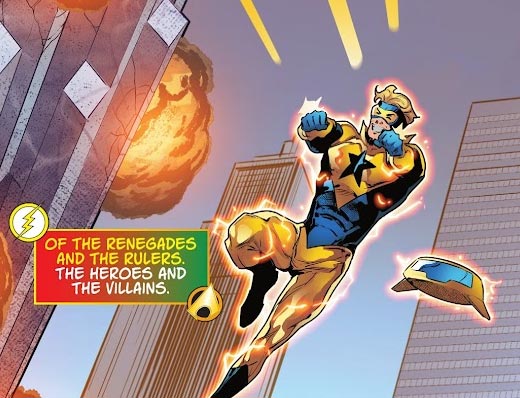 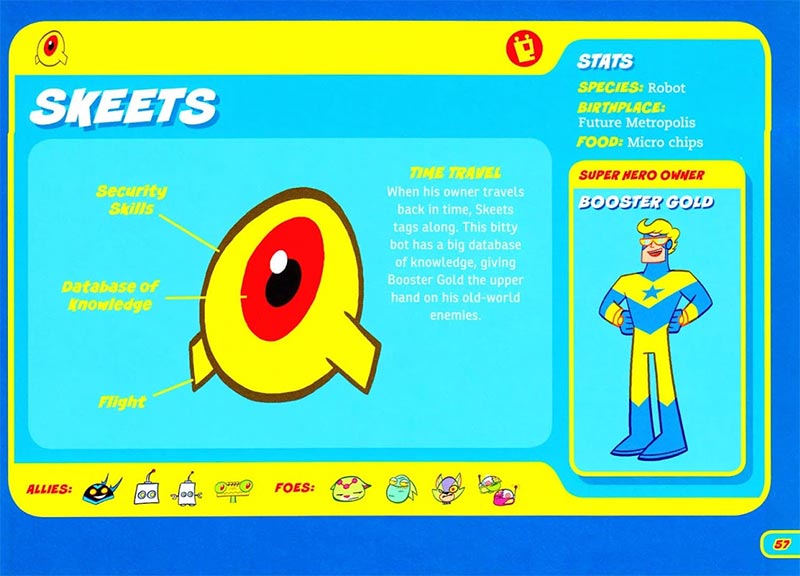 Skeets... classified as a pet? I don't think he'd like that.

I've updated the Other Media > Books section of the site with this and a few other books that Shawn was able to confirm, but he suggested still others that *might* have Booster Gold (or Skeets!) appearances that we have not been able to confirm. I thought I'd put the word out to see if any of Booster's other loyal fans could provide any additional insights.

All of the following were published by DK. Links are to the titles on Amazon.com for reference.

The DC Book: A Vast and Vibrant Multiverse Simply Explained (2021)

If anyone can confirm or definitively rule out a Booster Gold (or Skeets!) appearance in any of those — or any other books that may not be listed on Boosterrific.com, please drop a note in the comments below.

UPDATE February 20: J adds that Booster Gold is name-dropped in the Kingdom Come novelization that I didn't have in the books section, so I've added that, too. Thanks, J!