The big event is finally here! There's so much Booster Gold in this week's Generations: Shattered #1, he's on both covers! 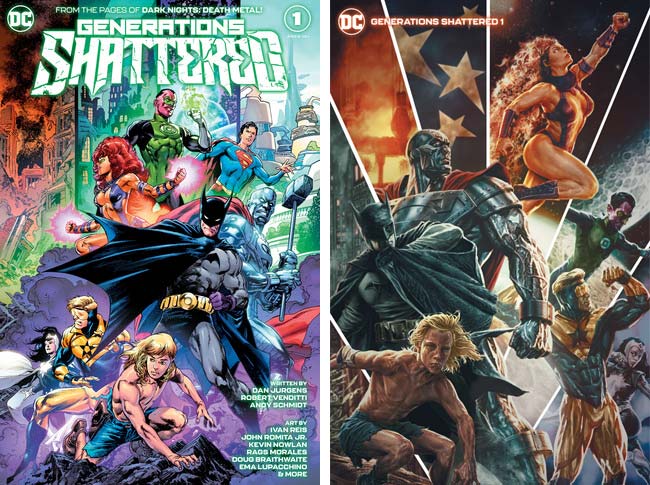 You could read the preview at GamesRadar, but you don't really need that, do you?

And while you're shopping at your Local Comics Shop, you might want to consider picking up Dark Nights: Death Metal #7, not just because it's the last issue of the mini-series — at least until DC debuts the inevitable Dark Nights: Doom Metal: Now With Extra Colons next fall — but mainly because it has a panel of Booster Gold dancing! 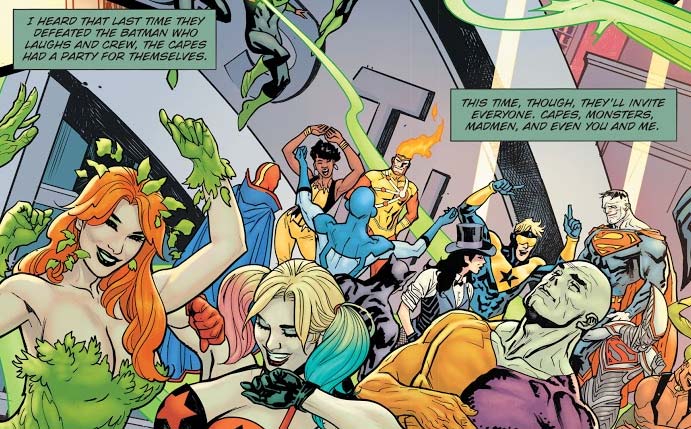 Break it down, buster.

I do not yet own a copy of yesterday's Dark Nights: Death Metal: The Last 52: War of the Multiverses #1, not because I couldn't make it to my Local Comic Shop but because they were shorted the issue in their weekly comic shipment. New distributor, same old problems. What a fitting way to end 2020.

Actually, that's not entirely true. (The part about the issue's availability, not 2020 sucking. 2020 objectively sucked.) My LCS did have 1 copy of the issue: the 1:25 variant Gary Frank cover. It looks great, but I'm not going to pay $40 for a comic in which Booster only appears on the cover. (Well, *maybe* if Dan Jurgens drew it....)

Yes, that's right: Booster appears on both the standard and retailer incentive variant covers of the issue without showing up on any pages inside. Has this happened before? I suppose I should be the one to know; According to the Boosterrific.com database, the answer is no. It figures that it would finally happen on a squarebound book with a $8.99 cover price. Another nice twist of the knife from 2020 on the way out the door. At least I still have my health.

While we're on the subject of books that Booster Gold doesn't appear in, I wouldn't be doing my duty as chronicler of all things Booster Gold if I didn't draw your attention to this sequence from pages 12 and 13 of this week's (surprisingly enjoyable) Jinny Hex Special #1: 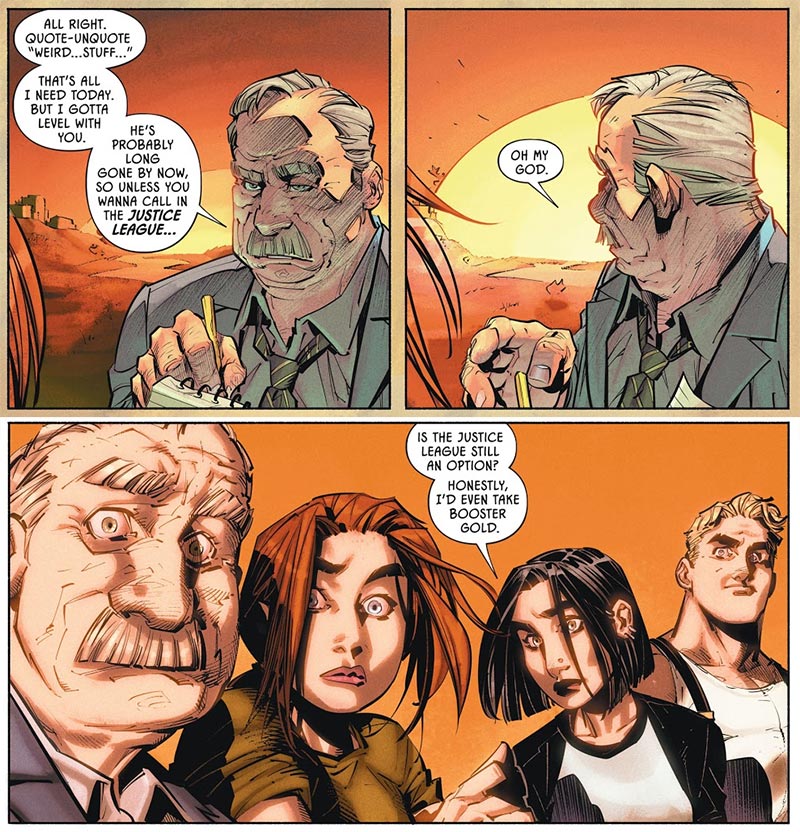 (It was not lost on me that in the story, Jinny "descendant of Jonah" Hex finds herself involved in shenanigans with a foe whose origins lie in the Old West. Booster Gold might have been the right ally to summon after all!)

Here's hoping we *all* have better luck next year, Booster boosters.

ithildyn posted on Dec. 31, 2020 at 12:48 AM
This series' title is honestly so alienating (you couldn't even feasibly fit it in the post title)... Comics can be such a unfriendly media to casual and new readers when they pull stuff like that.
In moments like these I feel especially thankful for your efforts in tracking Booster releases so I don't have to figure it all alone @ _ @

ithildyn posted on Dec. 31, 2020 at 12:52 AM
P.S. I work in the translation/proofreading/copywriting sphere and if I was to ever come up with a title that contains three colons like this I think I'd get flayed alive

The Greatest Hero The World Has Never Heard Of makes his triumphant return to the world of Dark Nights: Death Metal with this week's issue 6.

If you've got a really high definition monitor and a magnifying glass, you might have spotted our hero in the background of a panel in the issue preview available online at CBR.com, but Booster gets to play a bigger part later in the issue: He delivers a whole line of dialog! 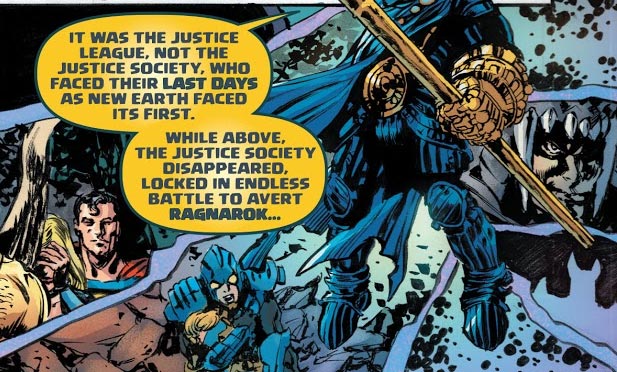 (Oops. That panel might be something of a spoiler for last year's Tales from the Dark Multiverse: Infinite Crisis, if you haven't read that — and I don't blame you if you haven't. These What If? Dark Multiverse one-shots are starting to stack up. How many unhappy endings does one company need?)

And lest you think that you'd have to pick up one of these two issues to get a Booster Gold cameo appearance this week, think again. Booster is appearing in all the DC books this week in the house ad for Generations: Shattered #1. Here's the important bit:

(click the image above to link to the full ad)

That's a lot of Gold!

Buy any book from DC this week and make Skeets happy.

I like Booster got atleast one line in Death Metal, that's pretty rad. Excited for Generations. The last two-shot Beyond tale was a load of fun. Curious of Booster in the new year. Not too too bad of a go this year at all.

Boosterrific [Official Comment] posted on Dec. 16, 2020 at 7:22 PM
The two month offset on cover dates vs release dates is one of the more enduring archaic practices of American comic books. Given that BOOSTER GOLD 1 had two release dates a month apart (mass market newsstand vs nascent direct market), I won't begrudge the poor DC staffer who put that ad together for choosing to simply use the date printed on the cover.

This week's unexpected Booster Gold cameo (there on the bottom right between Beast Boy's legs):

That's Dark Nights: Death Metal #5 where Booster Gold has joined the heroes and villains of Earth assembled to confront the Batman Who Laugh's evil multiverse. This is set up to be the final battle at the end of the DC Universe, and it must be a big one; there are still 6 books yet to come in the Dark Nights: Death Metal event (at least one of which we'll be buying for the covers alone).

You can find an issue preview at CBR.com, but don't expect it to make a lot of sense. This series is not about making sense.

Skeets says buy it if you want to.