Character Spotlight on Benny and Marty

The life of any comic book hero would be a lonely one if not for the many characters who have made up their supporting cast. Just as Superman has Lois Lane and Batman has Alfred, Booster Gold has also shared his adventures with quite a few people over the years. Today we look at two of those, Benny and Marty.

From the moment Booster Gold made his public debut, publisher Skip Andrews realized the larger-than-life hero would be a perfect addition to the Blaze Comics universe of characters. And thus did Andrews unwittingly set in motion the events that would lead to the death of his star writer/artist team of Benny Lindgren and Marty Kramer.

This is their story. 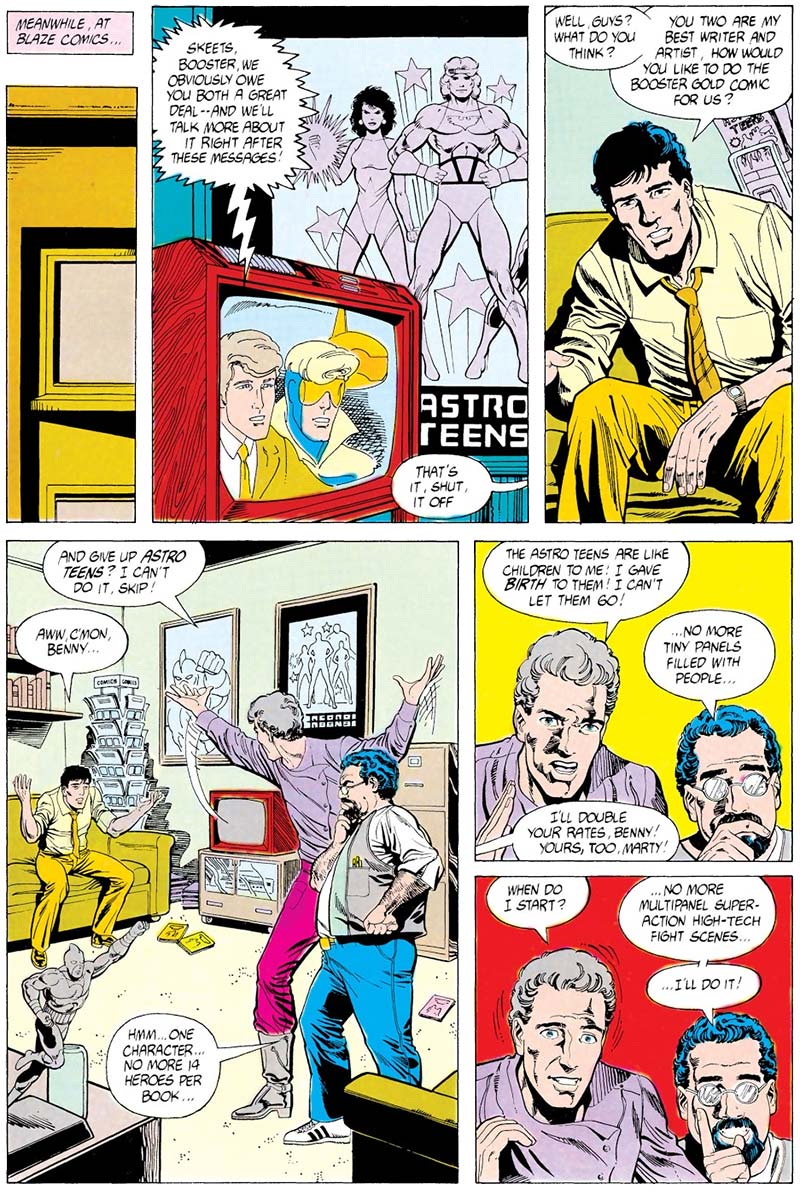 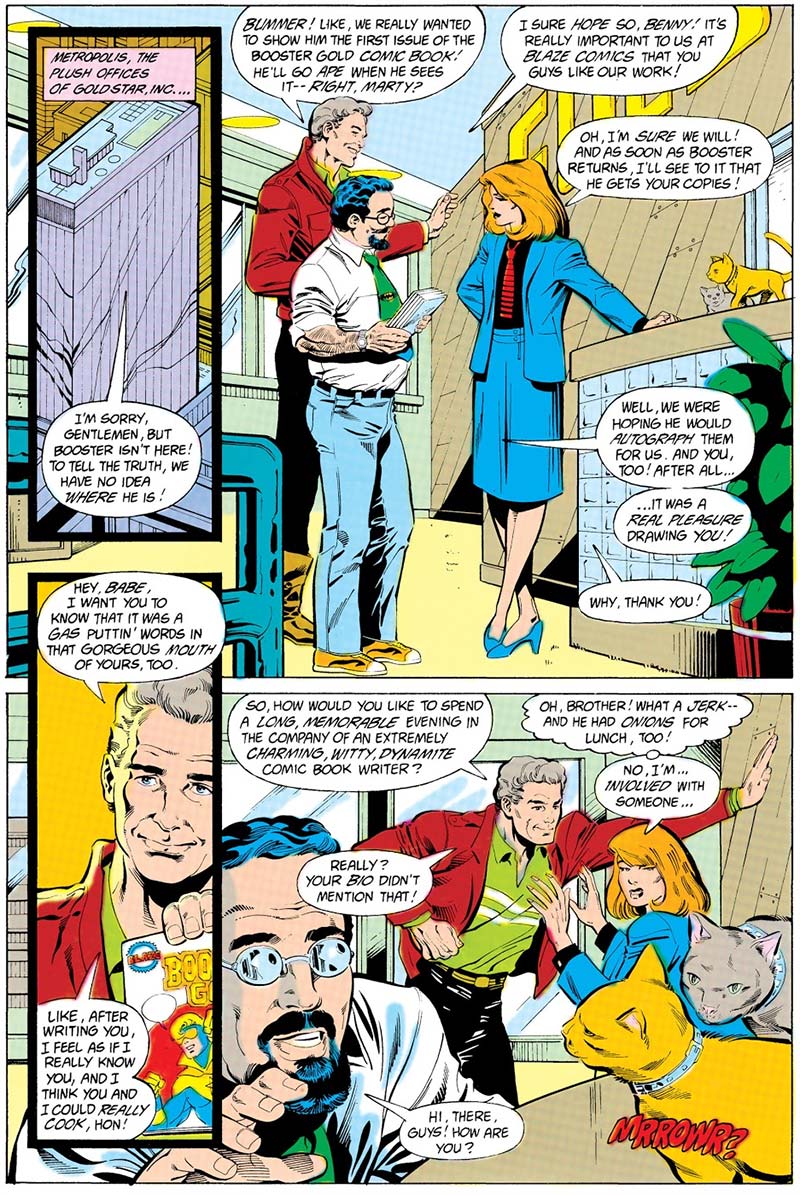 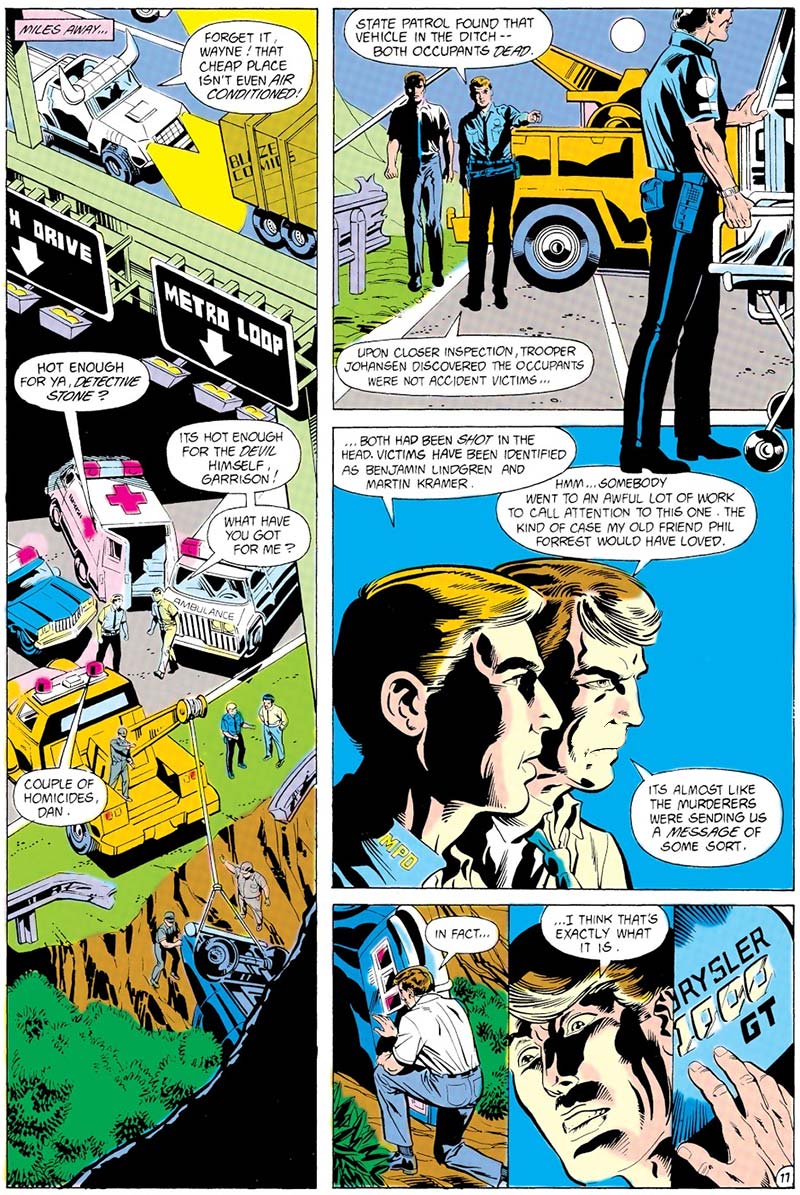 Being a comic book creator is a dangerous life!

By the way, in 2015, I asked Booster Gold writer Dan Jurgens whether Benny and Marty were based on real world New Teen Titans creators Marv Wolfman and George Pérez. Jurgens answered:

I wouldn't go that far with Benny and Marty, though there may be a hint of truth to it. In a way, they were based more on the idea of team books and their creative teams of that era.

Thanks, Dan. And thanks to Marv and George for being so inspiring!

Boosterrific [Official Comment] posted on Dec. 19, 2021 at 10:23 PM
Yes, that is the Blue Devil's one-of-a-kind Devilmobile making a drive-by cameo in BOOSTER GOLD 10. The Devilmobile predated the Boostermobile by four moths (BLUE DEVIL 21, released November 1985, vs BOOSTER GOLD 5, released March 1986). However, an argument could be made that the Boostermobile came first, since Dirk Davis is overheard negotiating production rights to a "super-car for Booster" when he is first introduced in BOOSTER GOLD 1, released October 1985!