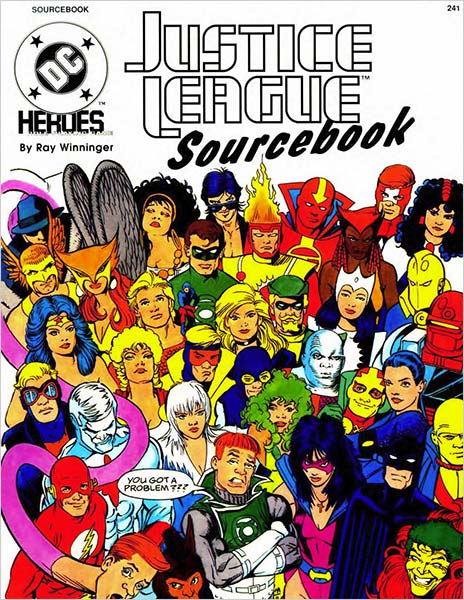 Time to Let Someone Else Talk

Today I point you to Siskoid's Blog of Geekery, where Siskoid gives Skeets full credit for saving the life of America's Greatest President as seen in Booster Gold, Volume 1, #9.

One note about the encounter that Siskoid leaves out: Reagan rewarded Booster with the gift of a pair of kittens, Jack and Jill. Skeets never liked the cats, so they were gifted to Booster's secretary, Trixie Collins. And that's the last we ever heard about that. (Get to work on correcting that oversight, Geoff Johns!)

Playing with the Past

I'm not typically a podcast guy (I can't listen at work, and I have more than enough to listen to otherwise), but that doesn't mean that I don't recognize talent when I hear it. (Well, actually, people tell me I have a tin ear. But never mind that now.)

Shag of FirestormFan.com and Siskoid of Siskoid's Blog of Geekery have teamed-up to present a new podcast about role-playing games. Their first installment is about the Mayfair Games DC Heroes Role-Playing Game. Booster Gold fans should recognize that as the first game to feature Booster Gold as a playable character — in the mid 1980s!

DC Heroes Role-Playing Game featured stats for both Booster Gold and Skeets, as well as a Booster Gold-themed module, "All That Glitters," that included Goldstar and Jack Soo.

You can find previous Boosterrific Blog posts about Booster's role in the game here. Boosterrific.com also hosts a single-player Flash version of the board game from the "All That Glitters" DCHRPG module here.

So if you're the sort who likes to listen to people talk about long-discontinued role-playing games, give the Fire and Water podcast a try. You might be glad you did.