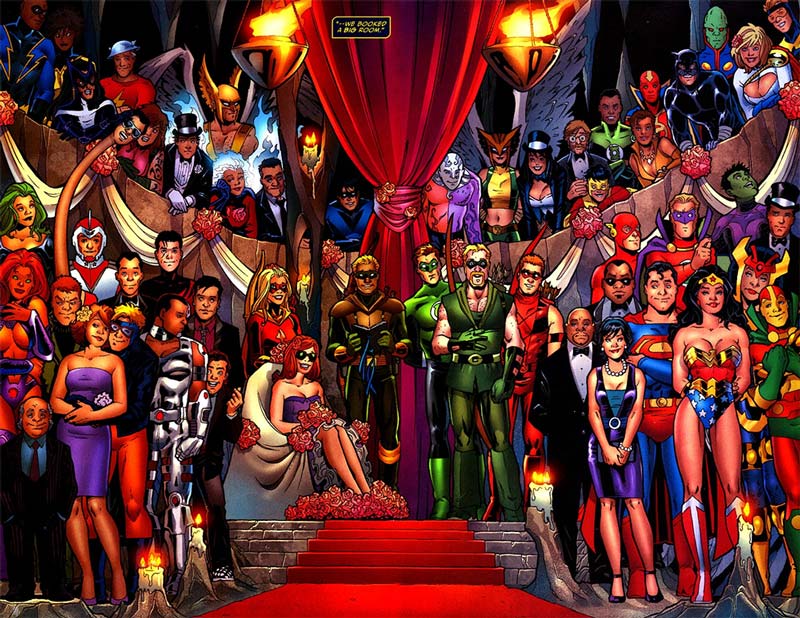 Yesterday, the CW Network released a pic of Green Arrow from the Arrow pilot. This is bad news. Follow my logic:

Pilot season for Fall 2012 is almost over, and there has been no new news about a Booster Gold pilot. In Hollywood, no news is bad news. It is beginning to look like we won't be seeing Booster Gold on TV this fall. Maybe next year?

russburlingame posted on Mar. 20, 2012 at 10:59 AM
I think part of the issue is that Arrow's script was already written and sold to the studio, whereas they basically picked Booster's name out of a hat and had to hire someone to write it. I could be wrong.

Morgenstern posted on Mar. 20, 2012 at 12:14 PM
This had me worried a while back and tried to find more info about the...well..lack of infos. What I found was a comparison to the Syfy show Alphas, where between ordering the first script, announcing cast infos and actually airing the pilot a year passed each.

For Booster this would mean (using the same time-scale) that we would get the first infos about casting & crew in fall and the pilot would air the next. Now I am not claiming that this means that the pilot is safe, but rather that there is still some chances for it. (Further CW is in dire need of new Pilots quickly. Syfy not so much)

Also..uh..has anyone tried to simply ask Kreisberg or Berlanti Productions if they have any updates on Booster Gold?

Boosterrific [Official Comment] posted on Mar. 20, 2012 at 2:19 PM
Sorry. I wasn't trying to say that the show was never going to happen. I was just trying to suggest that it is unlikely to happen this year. I still hope.

*breathes in and out*I'm calm-ish.

I guess it's tolerable, so long as there's still a chance. I mean hey-I've waited several years for BG to appear on Smallville! Waiting another year shouldn't be much of a challenge.

But still, darn...Who in his right mind would pick a dude in a green costume with a bow over Booster Gold?! I mean even Booster's comics were always more entertaining than GA.


Jesster posted on Mar. 20, 2012 at 6:03 PM
All I have to say is that at no time in Booster Gold's history has he ever been blown up and replaced by his illegitimate son, and that alone makes him 100% more marketable. Plus Booster has the superior supporting cast with Rip and Michelle, not to mention the greatest partner any hero or TV show could ever want in Skeets. Really the possibilities are endless and it just goes to show that Hollywood doesn't know a great idea when it time travels their into their lap. Maybe we should all get together and produce our own pilot to sell.

Grimmy posted on Mar. 21, 2012 at 11:05 AM
I actually hope that we don't see Booster by this fall (don't everyone shoot me just yet), considering how little (none) information we've had since the order for a script. Which I take to mean no significant action has occurred on the project yet. So if a Booster pilot does make it to the screen by this Fall it will probably be a hastily assembled low quality project, not good for anyone. My plan is to wait patiently for further updates through the Summer and hope for some good news by Thanksgiving.
I think the news that "Arrow" is far enough along for a Fall release is actually good news for Booster, it just means that Kreisberg is probably freer to work on a "Booster" script.