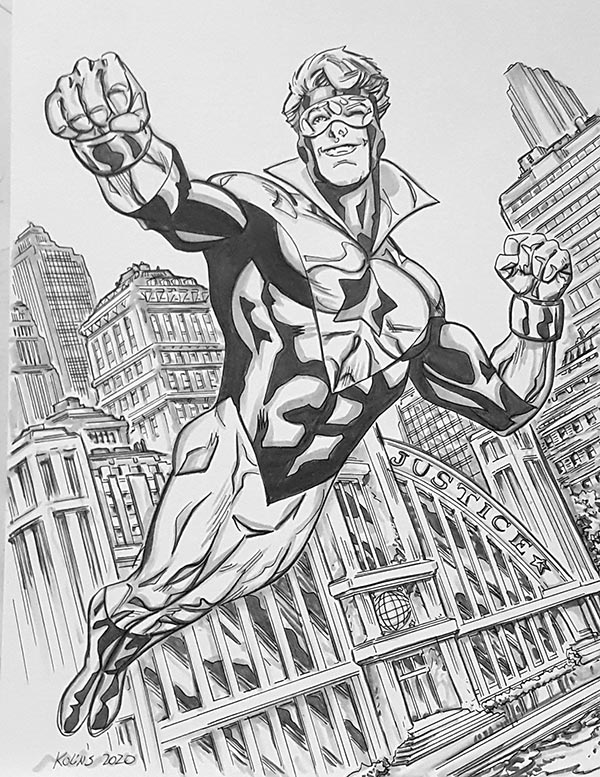 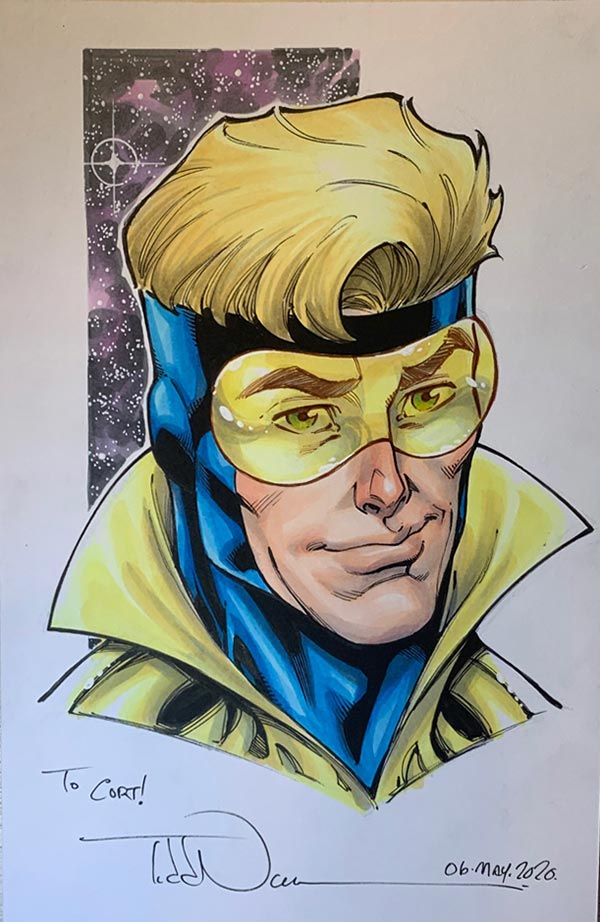 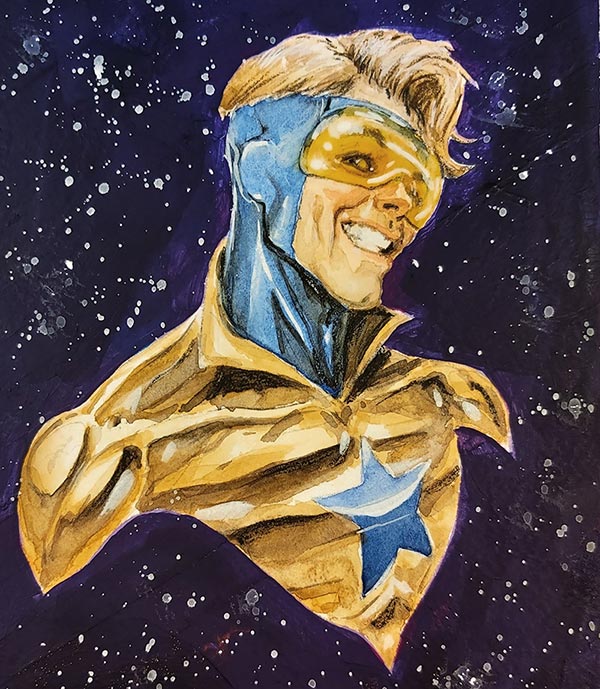 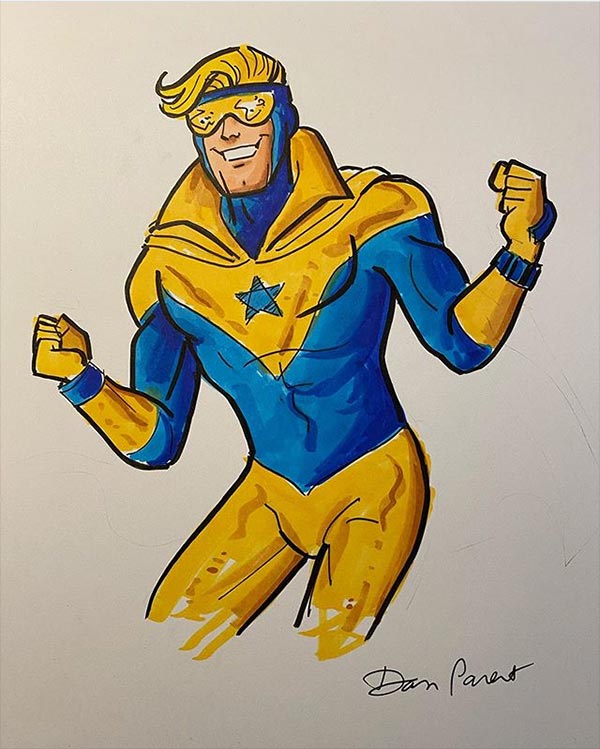 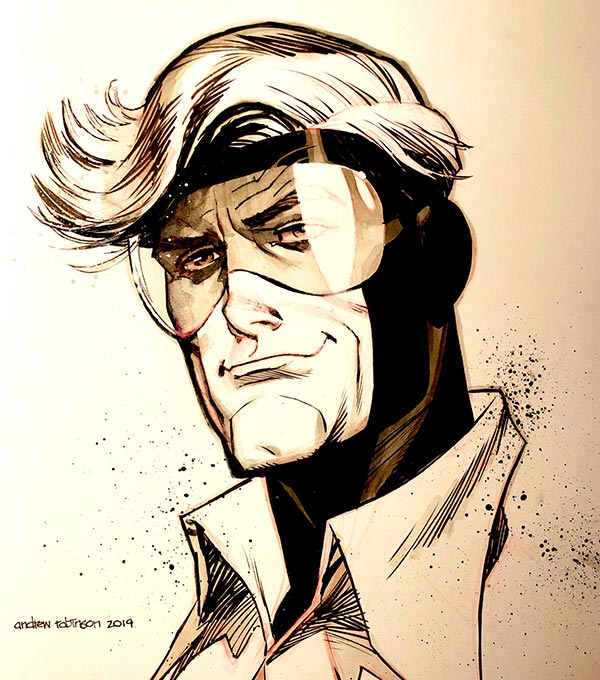 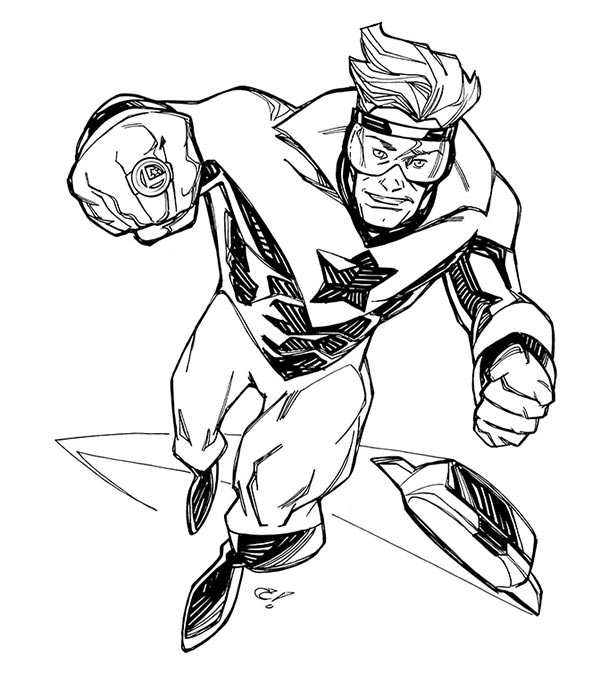 What We Learned From Blue Beetle Issue 4

The fourth issue of the fourth DC Comics volume of Blue Beetle was released one week ago today. Since this issue finally got an origin story for the "Rebirth" versions of all three Blue Beetles, let's run a quick recap.

In 1966, Ted Kord inherited the mantle of the Blue Beetle from his predecessor, Dan Garret. Although Garret did not give Kord the magical scarab that gave Blue Beetle his powers, Kord made do with advanced technology making up for the lost abilities.

In 1986, it was revealed that Kord had found the scarab, but it never worked for him. The new hero Booster Gold would soon become Ted Kord's partner in crimefighting and his best friend.

In 2006, Jaime Reyes found the scarab after Ted Kord's death. He soon learns that the scarab wasn't actually magical but was instead a malfunctioning alien device. Booster Gold locates Reyes and introduces him to the super hero community.

In 2012, in the wake of the universe-changing Flashpoint, Dan Garret and Ted Kord are erased from history. Jaime Reyes becomes the first (and only) Blue Beetle when he comes into contact with an alien scarab following a heist by the Brotherhood of Evil. There is no connection between Booster Gold and Blue Beetle in the New 52 Universe.

In 2016, after yet another universe rebooting Rebirth, Jamie Reyes comes into contact with an alien scarab that was floating down a river. He is mentored by Ted Kord, a retired super hero who once called himself the Blue Beetle after a chance encounter with his neighbor, the previous possessor of Reyes' scarab. There appears to still be no connection between Booster Gold and Blue Beetle in the Rebirth Universe.

But note: for the first time, Booster Gold predates Blue Beetle. Kord name drops "Booster Gold" as a bad example for a name when trying to think up his own moniker on page 17 of Blue Beetle Volume 4 #4. 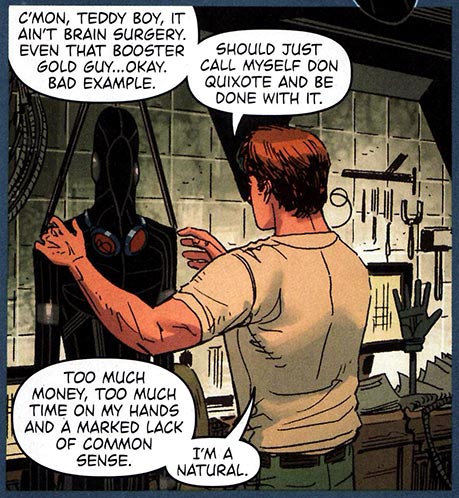 In the Rebirth Universe, Ted Kord has had time to develop his technology, become the Blue Beetle, and retire from heroics to mentor his successor. If Booster Gold has been around that whole time, what has he been doing? (It's been 519 days since we've last seen Booster Gold make any significant appearance within the DC Universe.) And why do they have to keep changing Jamie Reyes' origin story?

Despite my desire to see Blue Beetle and Booster Gold eventually reconciled, Blue Beetle volume 4 is not a series I can endorse. Keith Giffen's scripts are disjointed and meandering. Rather than resolve the confusion, Scott Kolins only muddies the water further with a loose art style that lacks any subtlety and makes comprehension a chore instead of a joy. (After four issues and a one-shot, I still don't know if the characters have freckles or bad acne. Perhaps the dots are fleas given how they relocate from panel to panel.)

For my money, Blue Beetle has been the biggest disappointment of Rebirth so far. So until Booster Gold is reintroduced to Ted Kord, I won't be paying much attention to the ever-changing origins of the Blue Beetles from now on.

Mina posted on Jan. 4, 2017 at 3:19 PM
I feel the same way. I was hoping for something really great and fun with Blue Beetle this time around (like when Giffen created Jaime the first time), but it feels like Giffen is either phoning it in, or he's suffering from some serious god-editing from the powers-that-be. Such a shame. The whole thing is a mess from start to finish and I am having a very hard time loving any of these characters the way I used to. If this had been the Ted and Jaime that were originally introduced, there is no way any of us would love them the way we did.

I am almost afraid of what may happen if Booster Gold returns to the pages.

ariel_justel posted on Jan. 4, 2017 at 7:18 PM
I believe "our" Booster is gone for good. New 52 Booster didn't feel the same and I believe we'll never see "the greatest hero we've never heard of" again. At most, a new iteration of the character...

The Blot's Sketchbook Strikes Back

The Blot had a busy summer. He picked up these fine sketch commissions for his Booster Gold sketchbook at Space City Comic Con: 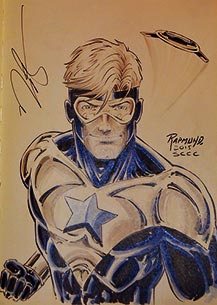 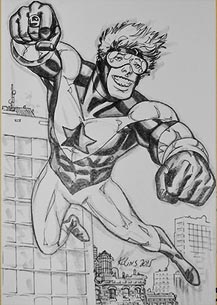 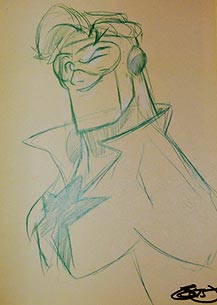 From left to right, that's the work of Norm Rapmund, Scot Kolins, and Sean Galloway as the 21st, 22nd, and 23rd drawings in The Blot's Booster Gold sketchbook. You can see them and the other 20 pieces in much larger detail at The Blot Says' Flickr page. Thanks, Blot!