Last week on Twitter, the image of a 1938 house advertisement for Action Comics #1 inspired Russ Burlingame to compare it to "that Direct Currents-style book that circulates as '1: Booster Gold' from time to time." 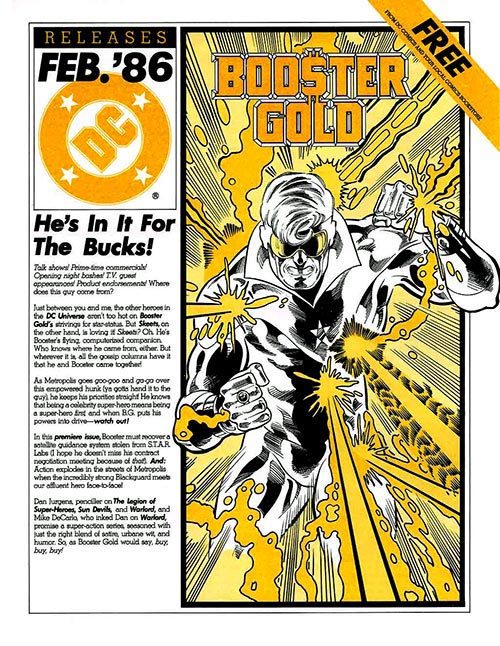 DC Releases was a free handout for customers in the nascent direct comics market of the mid-to-late 1980s. (No. 48 was the final issue before it was replaced by Direct Currents, which continued to promote DC products for another decade.) This is called the "February" issue because it was promoting books with a "February" cover date, although they were mostly being sold to consumers in October/November 1985.

He's In It For The Bucks!

Just between you and me, the other heroes in the DC Universe aren't too hot on Booster Gold's strivings for star-status. But Skeets, on the other hand, is loving it! Skeets? Oh. He's Booster's flying, computerized companion. Who knows where he came from, either. But wherever it is, all the gossip columns have it that he and Booster came together!

As Metropolis goes goo-goo and ga-ga over this empowered hunk (ya gotta hand it to the guy), he keeps his priorities straight! He knows that being a celebrity super-hero means being a super-hero first, and when B.G. puts his powers into drive—watch out!

In this premier issue, Booster must recover a satellite guidance system stolen from S.T.A.R. Labs (I hope he doesn't miss his contract negotiation meeting because of that!) And: Action explodes in the streets of Metropolis when the incredibly strong Blackguard meets our affluent hero face-to-face!

Dan Jurgens, penciller on The Legion of Super-Heroes, Sun Devils, and Warlord, and Mike DeCarlo, who inked Dan on Warlord, promise a super-action series, seasoned with just the right blend of satire, urbane wit, and humor. So, as Booster Gold would say, buy, buy, buy!

While the widely-seen house ad for Booster Gold #1 that was included in Crisis on Infinite Earths #11 (and almost every other book DC published in October 1985) is more famous and much more widely seen than DC Releases, this handout was created specifically to promote books released on October 8, 1985 (including Crisis on Infinite Earths #11). Therefore, as Russ said, Booster's cover panel here is very likely the character's very first public appearance.

Personally, I'd rather spend my money on comics rather than advertisements for comics, but you do you.

Even More Commissions by Cort

Art collector Cort returns to share his newest Booster Gold commissions. Click on either of the following images to see them at a larger resolution on imgur.com. 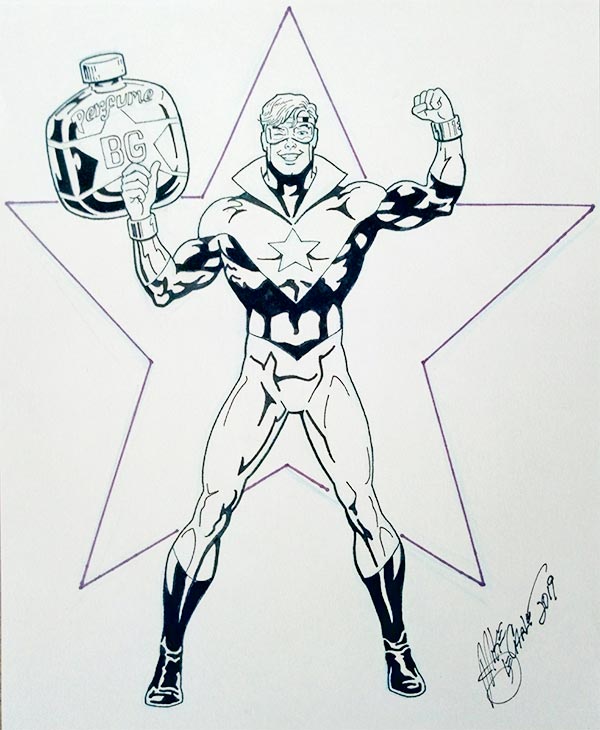 You can see more of Cort's Booster Gold sketchbook here. I can't wait to see who he commissions from next! 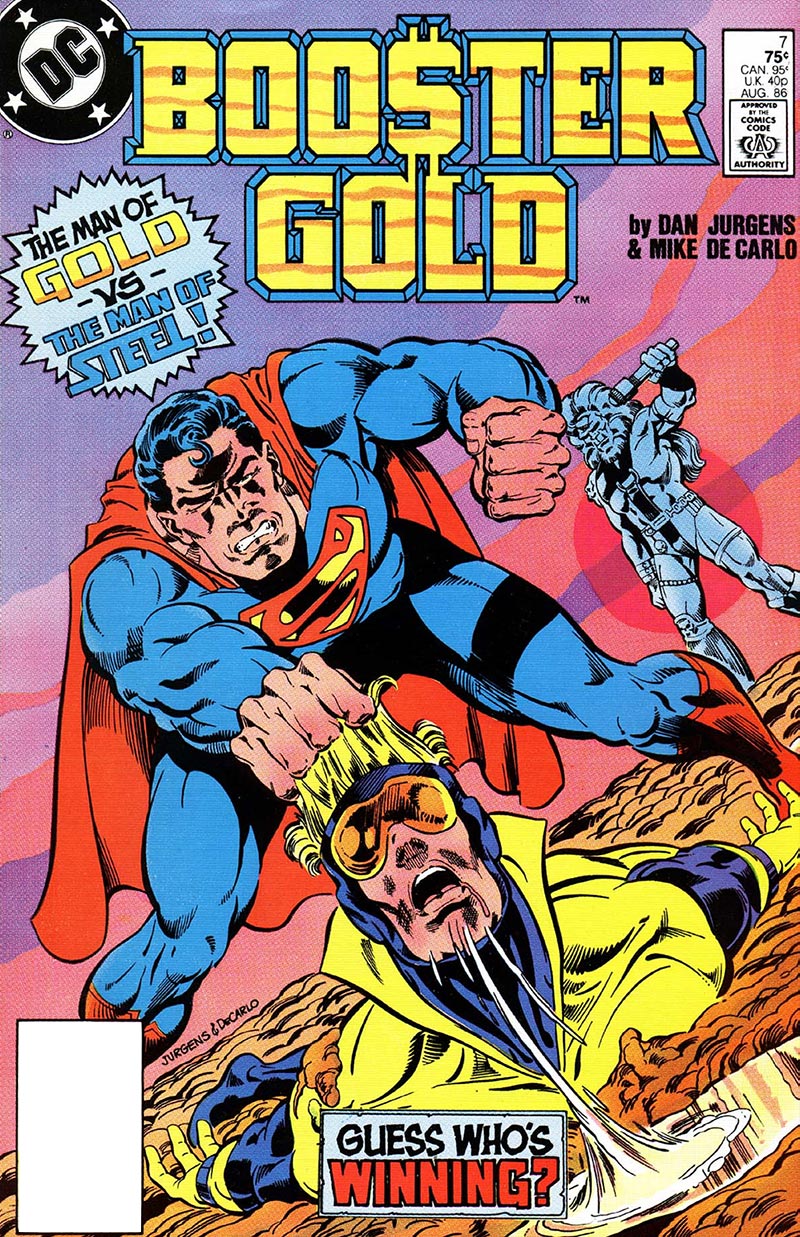 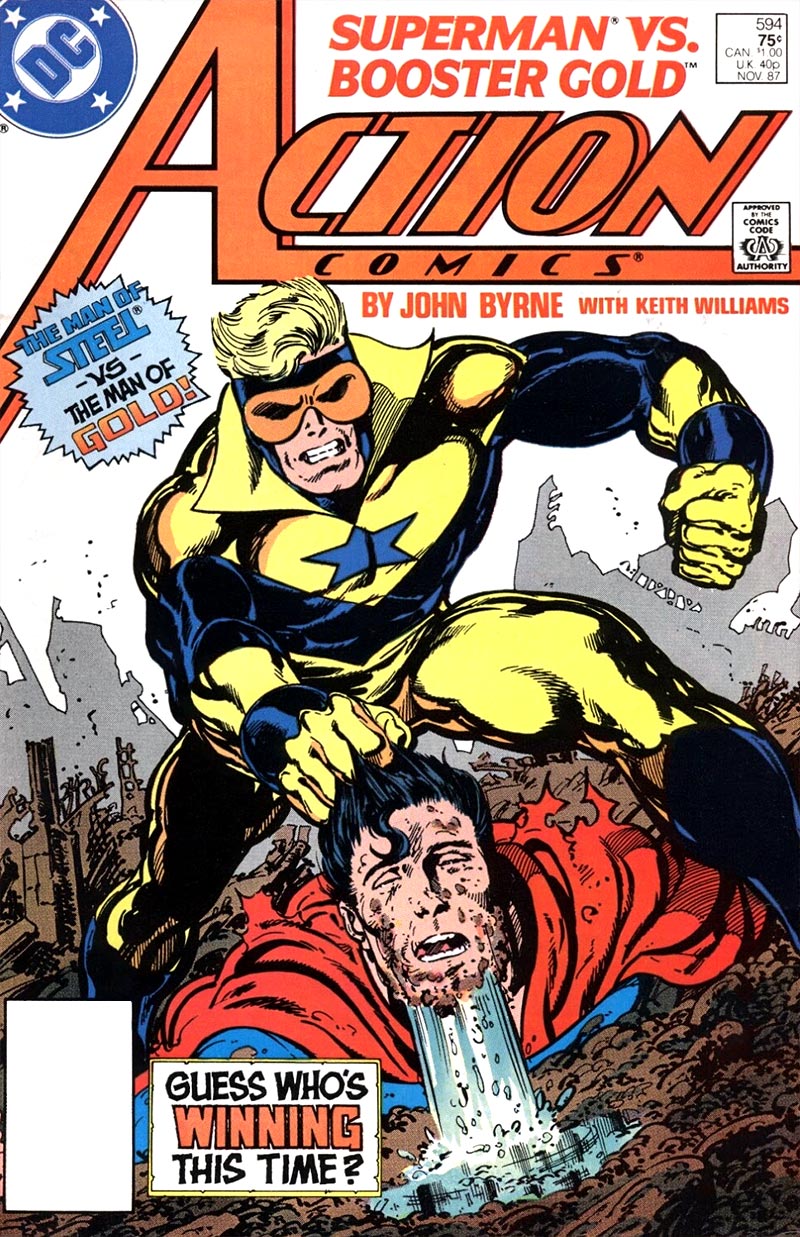