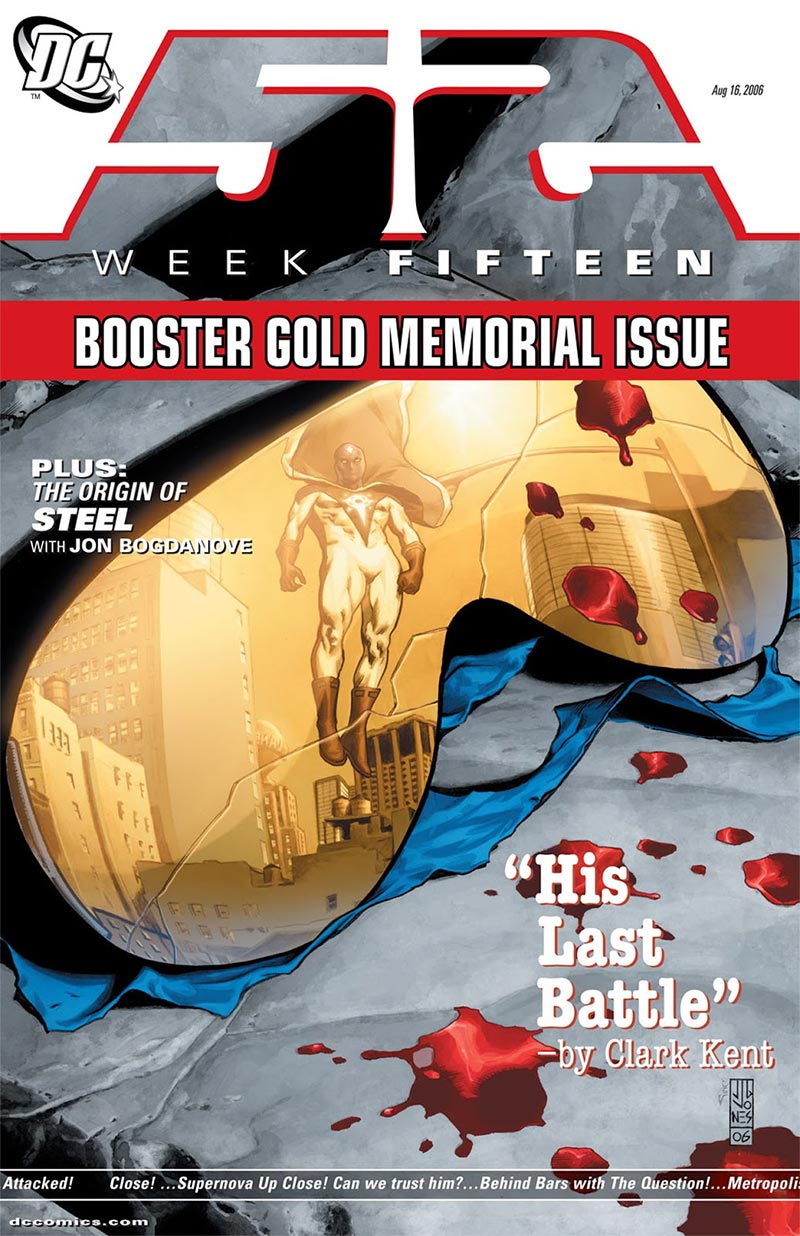 DCComics.com released some alternate covers for upcoming issues of Heroes in Crisis via , including this J.G. Jones alternate featuring Booster Gold and Harley Quinn. 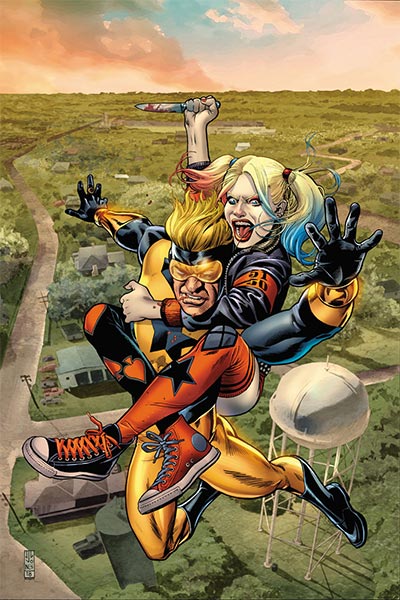 It looks like that will be a 1-in-50 "chase" variant, meaning that comic shops will get one for every fifty of the regular covers they order. (For obvious reasons, these are also called "incentive" variants, as they incentivize shops to order more comics than they otherwise would.) Comic shops price these rarer variants according to the purchase threshold, so expect to pay a pretty penny to acquire this cover, probably three or more times the $4 cover price.

There will also be 1-in-100 and 1-in-200 variants, the second of which is by Francesco Mattina and depicts a very bloody Harley wearing Booster's broken visor. Good luck finding that one for less than $50.

In addition to those rare variants, DC also released the Ryan Sook standard alternate covers for the first three Heroes in Crisis issues. Each depicts an "incident report" based on more traumatic moments in the lives of DC heroes. These are purportedly from the files of Sanctuary, "a facility designed to allow superheroes to process the trauma of those not-so-heroic moments." These traumatic moments include the death of Superman, Batman's broken back, Aquaman's lost arm, and Jason Todd's death. Oddly, they also include Wonder Woman's assassination of Maxwell Lord.

That seems to imply that Lord has died at Wonder Woman's hand. Where does this fit in continuity?

When last we saw him in the pages of Justice League vs Suicide Squad (2016), Lord was still alive and continuing his villainous ways. Since the original Justice League International never existed and Ted Kord is still alive in the DCnU, the events kicking off Infinite Crisis that led directly to Lord's death and eventual rebirth must have played out somewhat differently than originally seen in Wonder Woman #219 (2005) and Brightest Day (2010). Does this cover reference that old continuity destroyed by Flashpoint? Or are we being given a glimpse of a as yet unrevealed relationship between Lord and Wonder Woman in the DCnU? (Could Lord be behind the deaths at Sanctuary?)

After I asked last Monday about what your Booster Gold shrines looked like, Aaron Hale got in touch with me via Facebook. His office is like a museum for Booster Gold original art!

Check out these pics of some of his framed pieces. (Click any for a larger image.) 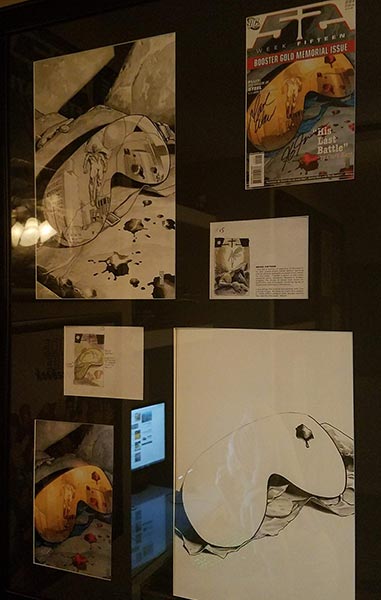 Aaron, I bow down to you. Thanks so much for sharing.