I trust everyone had a happy Halloween yesterday? Twitter's MissAgamede sure did. 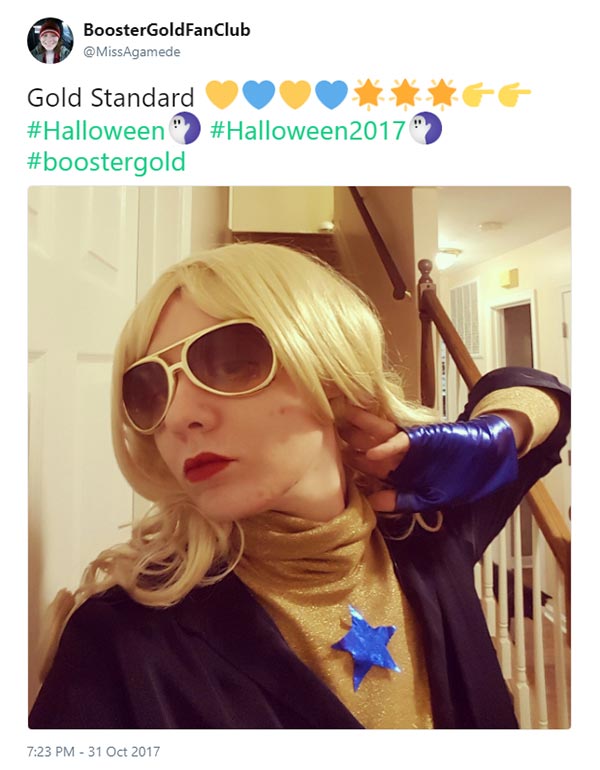 The official colors of Halloween may be orange and black, but we all know they should be Blue and Gold. (Say, is that a bowl of Skeetles?) 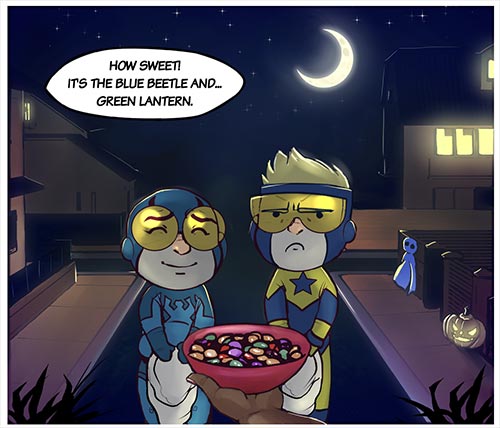 Bonus Public Service Announcement: Don't forget that we're all time travelers this weekend as Daylight Savings Time ends. At least here in America. (Ok, I admit it. This message is more a reminder for me than you. I already know I'm going to forget.)

Pics or It Didn't Happen

When I asked, 11% of you said you've dressed as Booster Gold for Halloween. Poll respondent Pat Nestor went further, putting his camera where his mouth is. 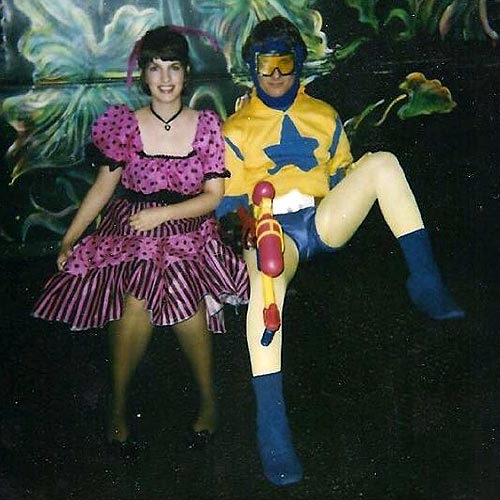 This is from October of 1990. The water blaster was from my friend's costume... He went to the bathroom and left it with me.

It was a total homemade costume. It took me a while to get it close to something I liked. Surprisingly there were a few people who knew who I was supposed to be, but overall I got like four dozen "who are you?" Questions.

I was a second runner up in the costume contest. (There was a group dressed like the band DEVO who won first prize.)

Thanks for sharing, Pat. I think we'll all agree that costume is the definition of Boosterrific.

If I put on Booster's costume, I fear I'd look less like Booster and more like an overstuffed golden sausage. No one wants that.

Last week's poll question: Have you ever worn a Booster Gold costume for Halloween? (36 votes)

So, since none of us are currently following the adventures of Booster Gold, whose adventures are we following?

The Holiday Where Everyone Cosplays

If you ring the doorbell of Rip Hunter's Arizona lab while trick-or-treating tonight, Skeets will answer the door wearing Charlie Brown's It's the Great Pumpkin, Charlie Brown ghost costume with too many eye-holes. Skeets will then politely complement you on the originality of your costume and let you grab as many Smarties as you like from its plastic pumpkin bucket. Skeets doesn't care how many you take because it doesn't eat candy.

Last week's poll question: What kind of candy would Booster Gold give out to trick-or-treaters? (44 votes)