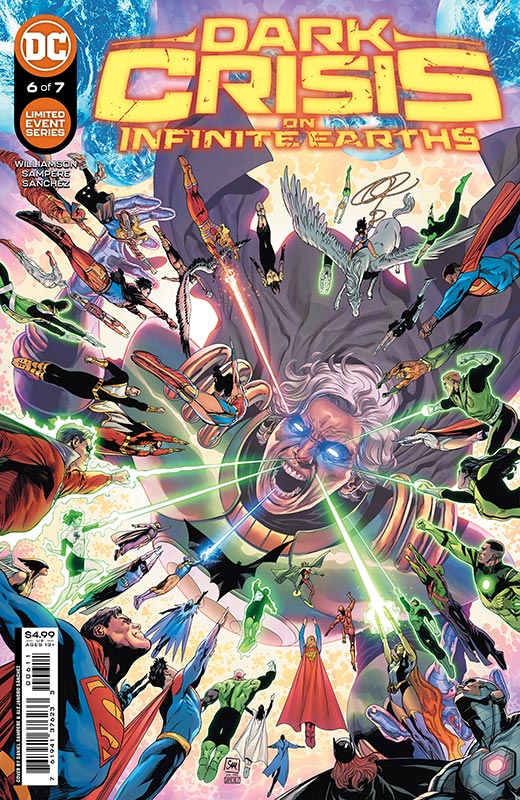 AIPTComics.com has a preview of this week's Dark Crisis on Infinite Earths #5. Booster Gold's not in that preview, but it doesn't really matter because he (and Skeets) is one of the many covers:

Is it just me, or does it look like Blue Beetle is wearing a 10-gallon hat?

For the record, when you go to your Local Comic Shop, you'll want to ask for the "Dark Crisis on Infinite Earths #5 Cover B Ivan Reis & Danny Miki card stock variant."

While Booster boosters were occupied with last week's announcement and pre-sale of the McFarlane Toys Blue and Gold action figure 2-Pack, DC Comics tried to sneak another announcement past us:

That's the "Gatefold Main Cover" by Dan Jurgens and Brett Breeding of The Death of Superman 30th Anniversary Special #1, coming to a Local Comic Shop near you on November 8. And, as you can see, Booster Gold is on it.

According to the press release at DCComics.com, Jurgens and Breeding are just part of the all-star cast of writers and artists from the original "Death of Superman" reuniting for this special. The issue also brings back Roger Stern and Butch Guice, Louise Simonson and Jon Bogdanove, and Jerry Ordway and Tom Grummett. Yes, please.

This is obviously a big deal for DC, so obviously there are multiple covers. Nine, in fact, if you count the "Premium Polybag Variant." What you see above is the main cover. That means it'll be the cover you'll find if when you open the polybag to get your updated armband.

(Personal side note: for many, many years, I've worn a black leather jacket modeled after the Tom Grummet cover of The Adventures of Superman #501 with a Superman #75 black arm band. That armband is not a particularly durable fabric [2015 pictures here], and I look forward to replacing it.)

Anyway, while not every cover has been revealed yet, DC's announcement does include the "Funeral for a Friend" variant cover by Ivan Reis and Danny Miki. Like the Dan Jurgens variant for Justice League #75 a few months back that homaged "Funeral for a Friend," this cover also pays tribute to the Superman #75 poster, also with Booster Gold:

(Yes, that *is* Blue Beetle behind Booster on that cover. I'm sure I don't need to remind you that Beetle was not present for Superman's funeral because Doomsday put him in a coma. But if I'm going to nitpick, I probably should say something about Martian Manhunter/Bloodwynd. And let's just not go there.)

So if you're counting, that's at least *two* copies of The Death of Superman 30th Anniversary Special #1 you're going to need to keep your Booster Gold comic collection complete.

I'll let you know if that number goes up.

Jess O posted on Oct. 6, 2022 at 6:31 PM
Ugh. Of course I collected that whole series of events including the awful Bloodwynd nonsense. I have a 6th sense for crappy comics. so corny, so cheezy, a totally lame fake villain with no personality or purpose and leave it to Dan Jurgens to deliver something utterly vanilla and forgettable. Now the whole DoS/Doomsday fiasco is known as his biggest episode ever. Bleech 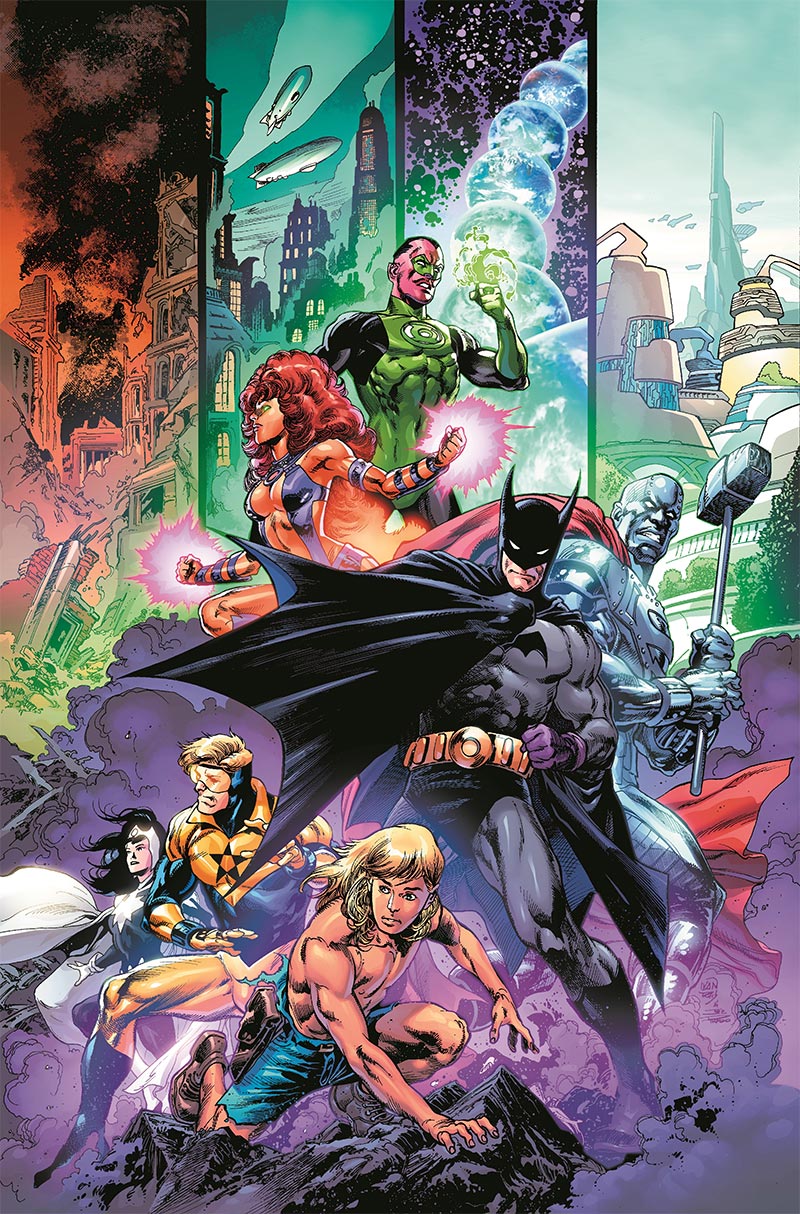