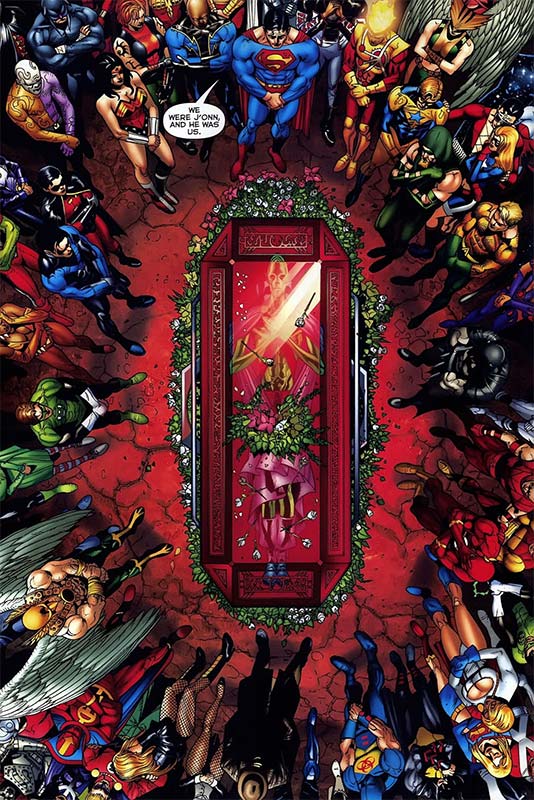 This Day in History: We've Been Lied to Before

Exactly 5 years ago today, Final Crisis #2 was released. Although Booster was clearly seen being drafted into the Justice League to combat the "Final Crisis" in Booster Gold #1, the only participation Booster ended up having with the "Final Crisis" was silently attending the Martian Manhunter's funeral — in two separate books! It was not everything that Booster Gold fans had hoped for.

I'm not saying that Booster Gold won't be seen during "Trinity War." I'm just saying it's best not to expect too much.

Boosterrific [Official Comment] posted on Jun. 25, 2013 at 5:24 PM
Wrong? I can't be wrong, I haven't made any predictions. All I'm saying is that it is unreasonable to expect a character with no ongoing title who has made 3 guest appearances in the past year to play a major part in a big crossover in DC's best selling titles.