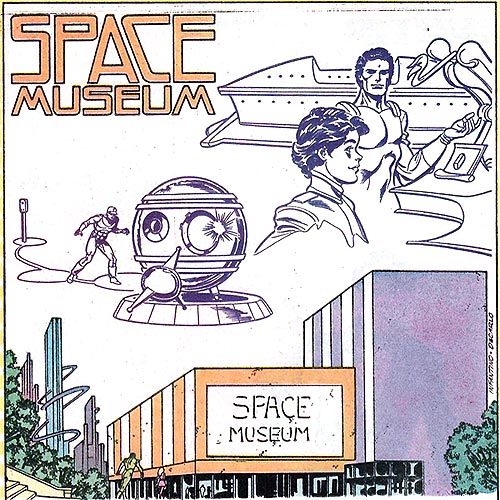 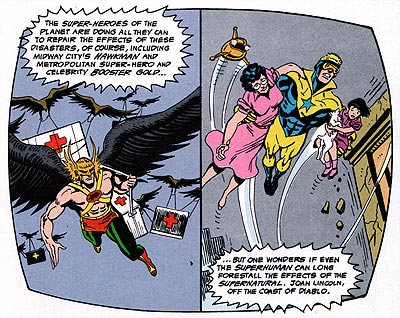 Carmine Infantino was a key figure in the Silver Age of DC Comics, both as an artist and later serving as DC Comic's editorial director and publisher. Infantino died earlier this year, and I thought it would be appropriate to celebrate his birthday by showing the only time Infantino ever drew Booster Gold in a DC publication: 1986's Who's Who: The Definitive Directory of the DC Universe Volume XXI.

Starting in 1959, Infantino drew many of Garnder Fox's Space Museum stories in Strange Adventures a quarter century before Booster Gold would steal the museum's treasures (and Skeets!) to start a career as a time-traveling crime fighter.

If you think about it, even though Infantino drew Booster Gold only once in his professional career as an illustrator, there wouldn't have been a Booster Gold without the work of Carmine Infantino. Thank you and Happy 87th Birthday, Mr. Infantino.