Booster Gold Am Not Here

For many reasons (not the least of which was that as a poor college student I didn't have $30 in discretionary funding to spend at that time), I didn't pick up Bizarro Comics when it was released in 2001. I only finally read it last week, and was pleasantly surprised to find Booster Gold making a very brief cameo appearance when Mr. Mxyzptlk takes a look at what goes on inside Bizzaro's addled brain. 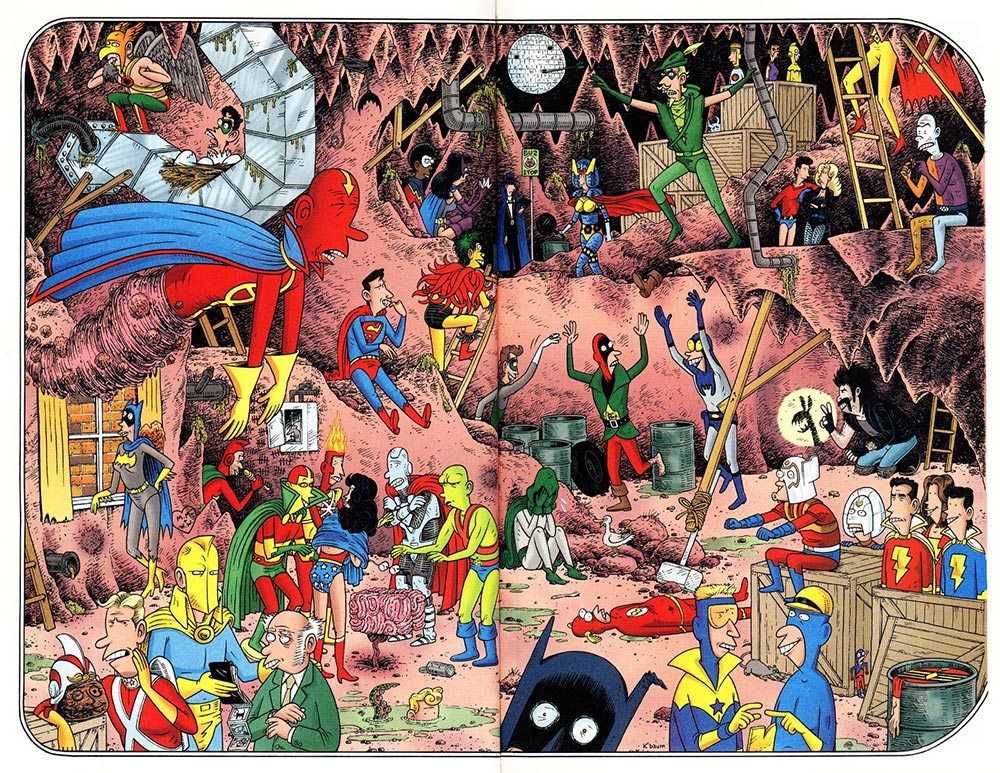 My brain might be just as addled. I've always thought that "Metropolis' Golden Guardian" would be a great nickname for Booster Gold... if it wasn't already the name of another DC character!

Jim Harper debuted as the shield-carrying policeman known as Guardian in 1942, but his clone used the "Golden Guardian" name in the 1970s. They were originally created and named by the comic book gods Joe Simon and Jack Kirby, you know, the same guys who get credit for a certain shield-carrying super soldier.

Of course, that pedigree and seniority only carry weight if you respect them. if Booster really wanted the title, he'd just take it. Maybe I should, too.

Holographic 3D Comics Are Not Yet an Option

It seems a shame that it is equally impossible that Alan Moore will ever write for Booster Gold as it is that Jack Kirby will rise from the dead to draw him.

Last week's poll question: Which legendary writer/artist duo would you have liked to see collaborate on Booster Gold? (42 votes)

After last week's poll exercise in the classics, let's go back to the future!

xingyiquan posted on Sep. 13, 2012 at 5:14 PM
NO, believe me bro I'm not excited about the New Universe, it's a marketing gimmick meant to draw in the people who don't like comics, but only alienated the actual fans who love this stuff.
Flashpoint was pretty much crap and the new 52 is even worse.
I was just enjoying the first well written issue of JLI, by Johns. It had some interesting elements and some clever scenes. Jurgens is incapable of pulling that off, he is trying to be a sincere Stan Lee and post 1980's that's not gonna cut it.
Again, I'm a big booster fan but DC is ruining their own list by cutting off the continuity that the fanboys like me love.
Marketing consultants told them to expand their brand and get into USA Today with their stupid reboot. It will shoot them in the foot just like they deserve.
As for Booster, it's nice to see they are bringing the time travel element back that was so well used in 52 and 52 pick up. That was booster at his best, at least his best since the JL with beetle and geffen.
Again, please keep up the good work on the blog!
XYQ

And I can't wait for it fail so that they move on with Booster Gold series! Because you just can't go wrong about Gold ^_^