Happy Fifth Birthday to Me!

Today marks the fifth anniversary of Boosterrific.com opening its doors in the digital wasteland. Since construction started on this website, Booster Gold has gone from a dead supporting character in 52 to "The Greatest Hero You've Never Heard Of" to the leader of the United Nations' Justice League team. Booster's rise to greatness and the creation of this website cannot be a coincidence. You're welcome, Booster. 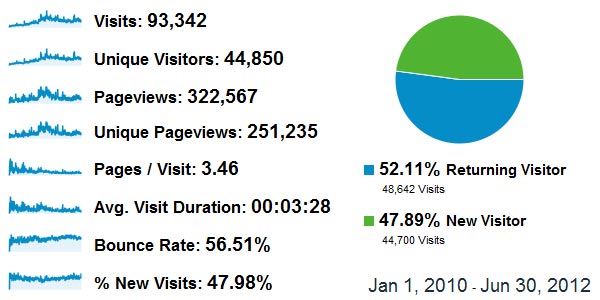 Google tells me that Boosterrific.com has been reached by over 40,000 unique computers around the world in the last two-and-a-half years alone. (Site visitor tracking was turned over to Google Analytics on Jan 24, 2010.) That's about how many Booster Gold comics sell each month. Could that mean that everyone who reads Booster Gold comics monthly has already dropped by this site?

The most hits Boosterrific.com has yet recorded in a single day was 301 on April 22, 2011. That's the day that Booster Gold made his appearance on Smallville. If a one-shot guest appearance on a television show can invigorate fans like that, bring on Booster Gold: The Television Series! 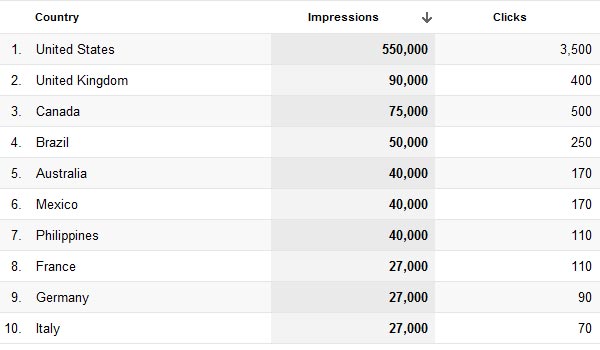 Since adding the blog, Boosterrific.com now has also added an RSS feed, a forum, and regularly updated Facebook and Twitter accounts. However, that's all just advertising for the heart of this site, the Boosterrific annotated archives. The archives now contain well over 2,500 pages of information about Booster Gold's adventures, artists, and associates, with new content still added at least every month. I proudly maintain that this site ensures that Booster Gold is the best documented character in the history of comic books. That's exactly how Booster would want it.

Something else Booster would want is revenue. Limited advertising was added to the site in January 2010. As mentioned in the blog shortly thereafter, it was estimated that advertising would generate its first windfall in May 20128. I'm glad to report that thanks to the interest of site visitors, the site advertising is now on pace to pay out just in time for Christmas 2014, so long as traffic doesn't decrease too significantly. 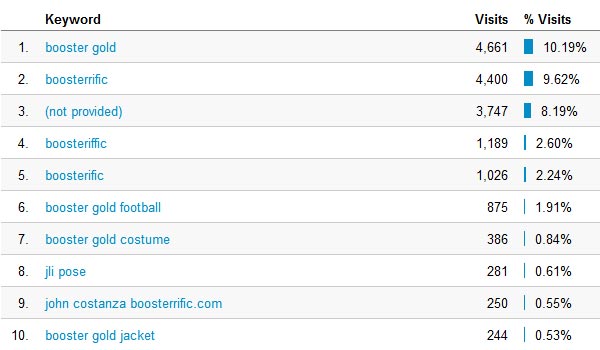 But speaking of a decrease in traffic, it appears that interest in Boosterrific.com is declining. So far in 2012, despite the fact that comic book sales have been surging, the site has averaged 121 hits per day. Over the same period just one year ago, the site averaged 153 hits per day. The data doesn't lie: I've experienced a 20% decrease in visitors since DC destroyed their old universe. The daily hits continue a slow but steady decline begun when the "New 52" debuted in September 2012. No doubt the cancellation of Justice League International doesn't help the situaton.

Whatever the future holds, Boosterrific.com wouldn't be anything without you, the Booster Gold fans. A hearty thank you to everyone who has dropped by in the past 5 years. I've enjoyed meeting, informing, and entertaining you. I hope to see you again in the future.

Tim & Trystan Van Bruggen posted on Jul. 9, 2012 at 11:25 AM
My son and I are big fans of Booster Gold, and your updates have become dinner table foder at our house. Keep up the good work! We're hoping that the Booster Gold pilot gets picked up by SyFy and that DC gets Booster back to his Time Master ways since JLI has been cancelled, and your traffic will pick up in the near future!

Boosterrific [Official Comment] posted on Jul. 9, 2012 at 3:29 PM
Thanks, T&T. I'm not really worried about my traffic. Sure, I'd like more of it, but it's not the reason I keep this site up to date. I maintain this site because I find that I enjoy my comics more when I share them with friends. It sounds to me that's something you already know all about.

Curt posted on Jul. 9, 2012 at 7:49 PM
I try to get my BG fix from this site at least once a day during the Monday-Friday week. I might not always post, but I at least read the latest news. I hope you keep this site up no matter the pitfalls that become our favorite hero the world has never heard of and his buddy Skeets :D