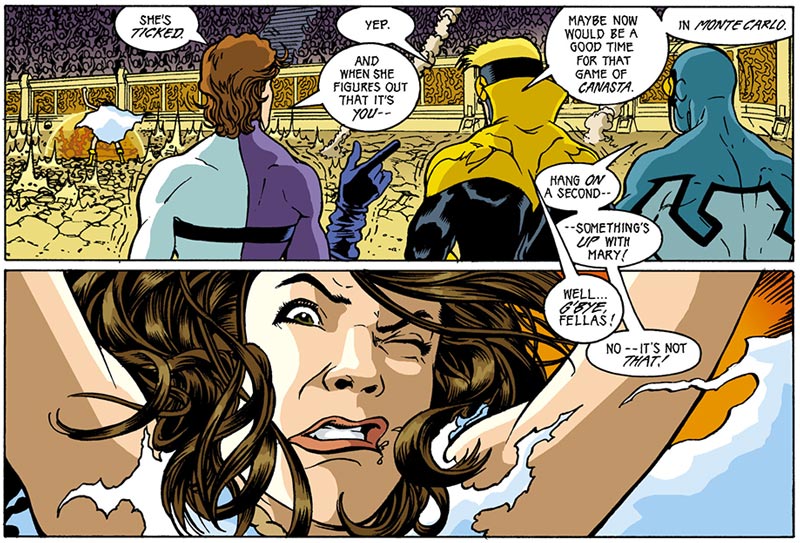 Over in the Boosterrific forum, Eyz let us that he has a new Superbuddies! comic up at the strips's new home, heroes-comix.blogspot.com. The first panel is below. Click the image to read the rest of the strip (in higher definition!) at Eyz's new Heroes! website. 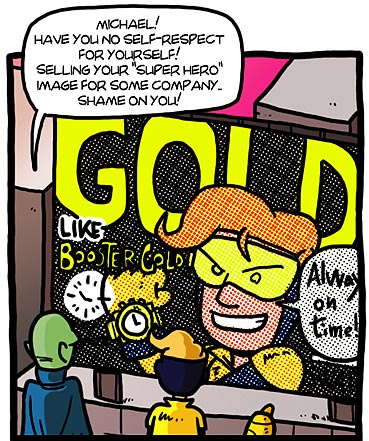 Todays strip reminds me of the frame story in 1988's Secret Origins #35, where Martian Manhunter chastised Booster for trying to cash in on the Justice League's good name. It wouldn't be too many more years later before the League would set up a gift shop in New York City to cash in on its own no-longer-so-good name. Ah, nostalgia. Yesterday's drama is today's comedy gold.

Eyz's latest SUPERBUDDIES! strip is up at G33K Life (where you can see a much enlarged -- and easier to read -- version of the strip). Even though it was posted last week, this is still as close as you are likely to come to a new Booster Gold comic this week. So enjoy.

Cnd posted on Nov. 5, 2010 at 3:45 PM
Has anyone else a lot of Booster fan art and such....when not putting him with Ted....involves PG? I'm not complaining, I think they'd be an interesting pair...Plus, it would piss off Kal lol

BoosterPowershot posted on Nov. 5, 2010 at 10:09 PM
I'm still hoping for a Booster Gold/Power Girl love interest, resulting in one Rip Hunter.
But I digress, PG is waaaaay better than Wonder Woman. BG's got way better taste than BB.