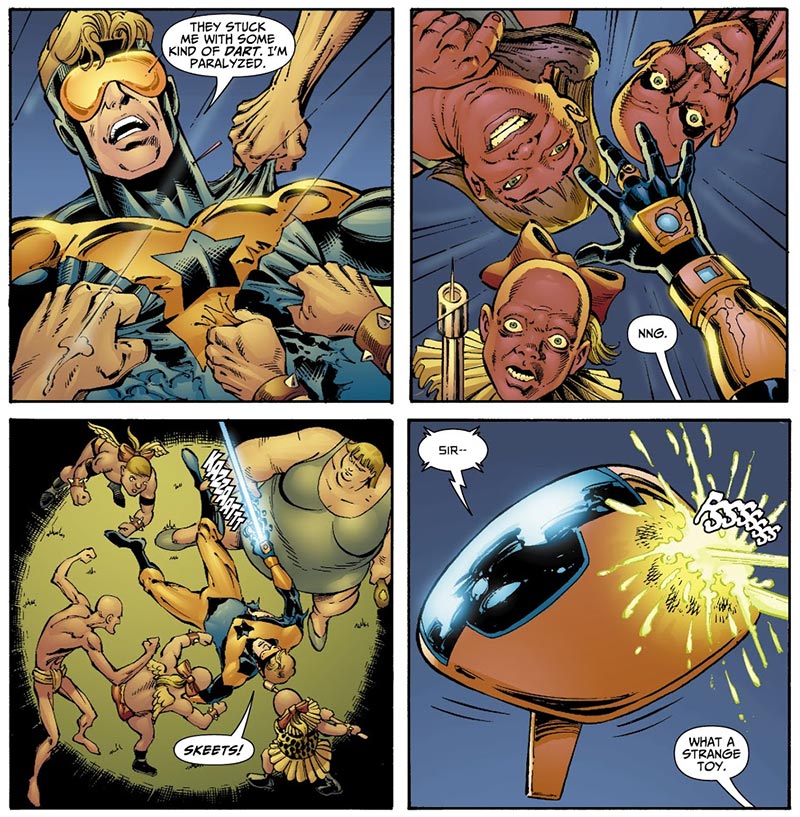 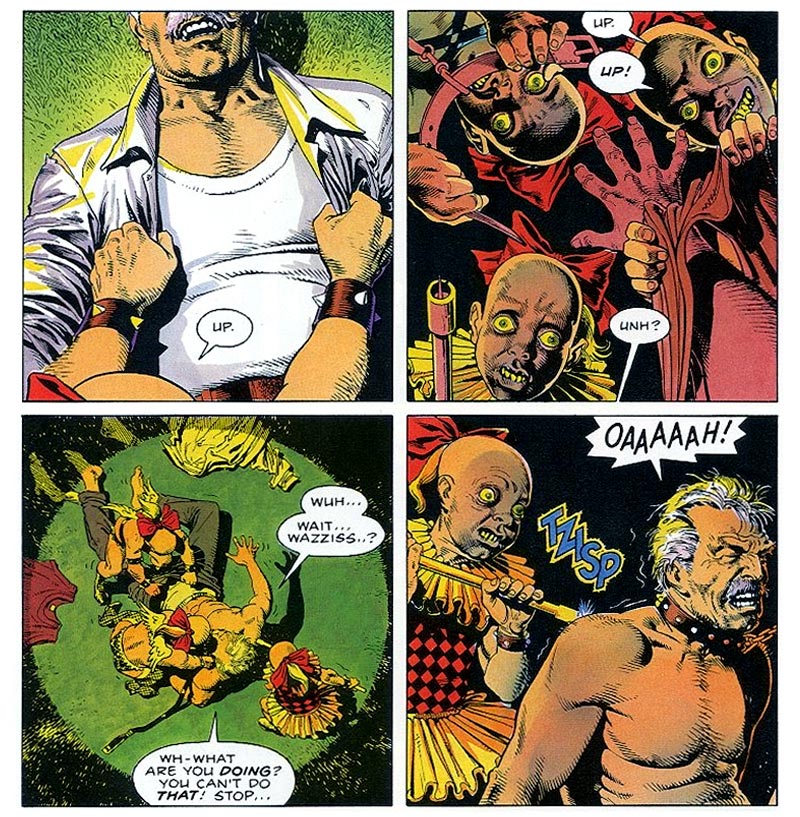 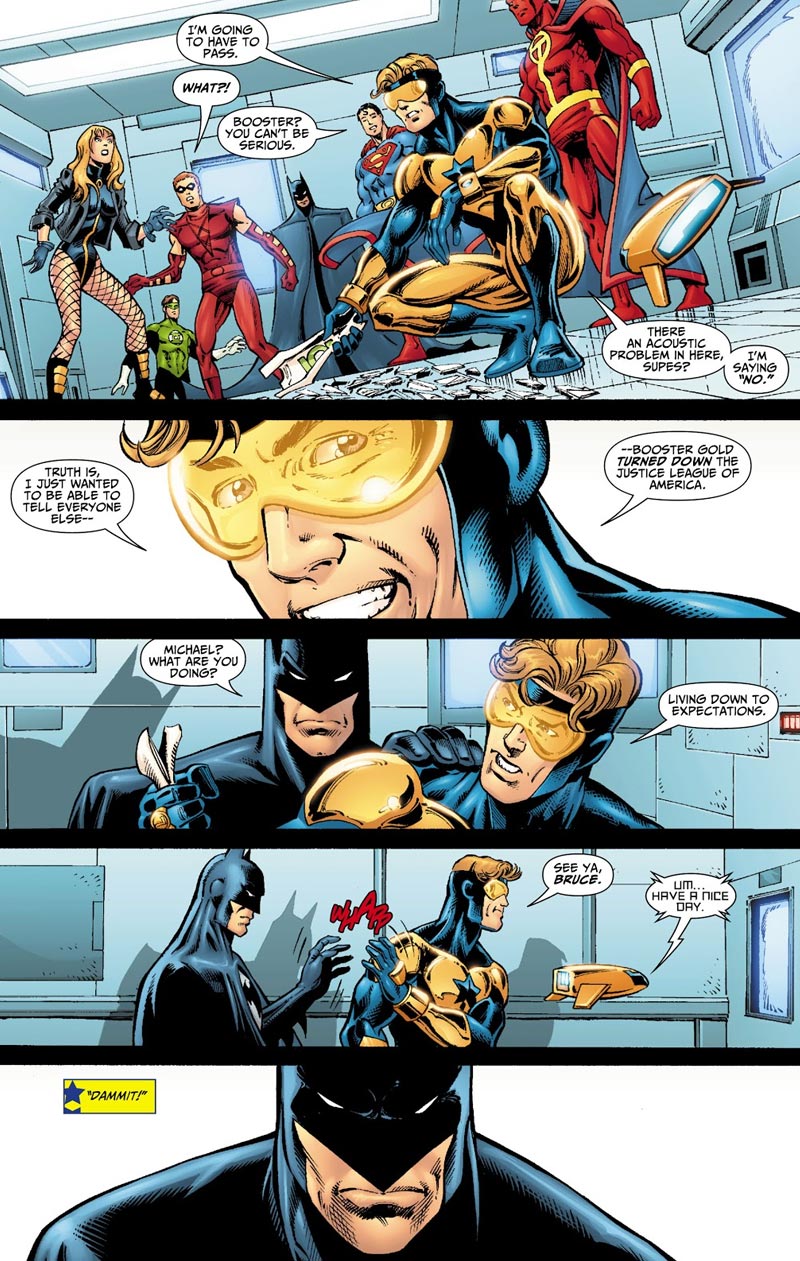 I have to confess that I'm not a big fan of digital comics. I have several reasons for that, but they mostly boil down to "I grew up reading paper comics, and I intend to die reading paper comics." That's looking increasingly likely in the current COVID-19 era.

That said, digital comics have long had their fans, and now they have a few benefits that old-fashioned paper comics, or "floppies," don't. With so many comic shops and publishers still shuttered, digital comics allow you to remain socially distant and disease-free (assuming no one else is using your keyboard) while still supporting the companies and artists whose work you enjoy. It's a win-win in an otherwise uncertain world.

Which brings me to the DC Universe streaming service. I think it's a great boon for DC fans looking to scratch their super-hero itch. While it would be easy for them to focus on the A-listers like Batman, Superman, Wonder Woman and the Justice League, they also manage to support the lesser known heroes, like Booster Gold.

Why is Booster Gold the perfect agent to protect the timeline? Because he's the last person you'd ever expect to be crucially important to its survival. To keep time bandits from interfering with Booster's work, his crucial time traveling missions must be kept absolutely secret… making Booster Gold the first great Super Hero whose secret identity is an incompetent Super Hero. But with all of time at his fingertips, can Booster avoid the pitfalls of trying to "fix" the tragedies which must come to pass? And if not, will the timeline himself even let him succeed? And what exactly is the mysterious connection between Booster Gold and his Time Master mentor, Rip Hunter? All will be revealed, or at least alluded to, in esoteric continuity clues scrawled onto chalkboards. Whether you're obsessed with continuity or merely the idea of it, this series is a comic binger's dream.

He's right. It's a pretty good series, especially for DC continuity nuts like me. I think I'll go re-read the series myself. And maybe I'll do it digitally. I'd hate to risk getting virus all over my longboxes.

DC is being generous to Booster Gold fans in 2018. The company released February solicitation earlier this week, and it looks like the "Booster Shot" story teaming Superman and Booster Gold in Action Comics will be running for at least three more months. Via Newsarama.com): 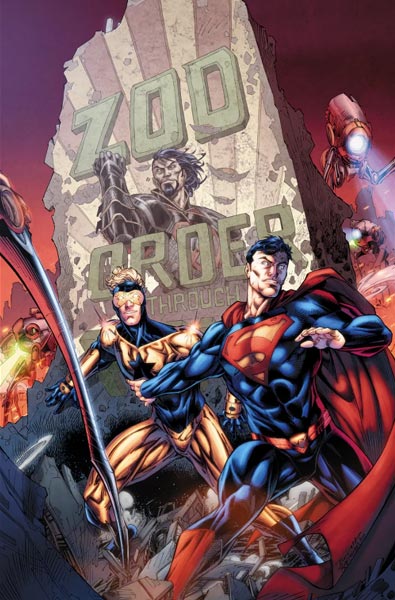 ACTION COMICS #997
Written by DAN JURGENS
Art by WILL CONRAD
Cover by BRETT BOOTH and NORM RAPMUND
Variant cover by FRANCIS MANAPUL
"BOOSTER SHOT" part five! Superman and Booster Gold are stranded in time on a world ruled by not one but two Generals Zod! As Lor-Zod asserts himself as rightful heir to the military dictatorship of their adopted homeworld, Old Man Zod turns his attention to the interlopers from the past. Our heroes' only hope of survival is to repair their craft and get home—but to do that, they'll need to travel into the belly of beast!
On sale FEBRUARY 14 • $2.99 US

ACTION COMICS #998
Written by DAN JURGENS
Art by BRETT BOOTH and NORM RAPMUND
Cover by WILL CONRAD
Variant cover by FRANCIS MANAPUL
"BOOSTER SHOT" part six! Escape from Planet Zod! Superman and Booster Gold must escape to travel back to the present, where the life of the captured Sam Lane hangs in the balance! On sale FEBRUARY 28 • $2.99 US

(Point of grammar: "Zod" is his name, not his title. Therefore, if there are multiple Zods, they should be pluralized as such. Unless maybe they follow different rules of grammar on Krypton. Dictators do whatever they want to.)

I admit, six issues of "Booster Shot" is much more than I thought we would get, especially in the run up to the big Action Comics #1000. Russ Burlingame recently interviewed Dan Jurgens for ComicBook.com, and he got the story why Booster is getting such a spotlight:

"[Geoff Johns and I] had plotted out the end of the Oz storyline and wanted to do a couple of things after that," at the start of the Rebirth era, Jurgens told ComicBook.com. "One of which was 'The Oz Effect.' It's pretty heavy stuff. We wanted to lighten it up a bit and at the same time have it be a logical progression from Oz to this. So, bringing Booster into it was going to accomplish both goals and so far it's working out quite well."

"Booster Shot" sure sounds like a story everyone should be reading. And it's starting early.

Today's issue of Action Comics #992, though not technically part of the "Booster Shot" storyline, concludes with a tease of the Booster Gold story to come. So take note, Booster boosters. If you want in on the ground floor of "Booster Shot," hustle to your Local Comic Shop before indulging in tomorrow's turkey feast!

(Thanks to SuperPat for that tip.)

Enjoy your Thanksgiving, everybody.

A Blue and Gold New Year

Twenty-seventeen is going to be the best year ever! And even if it isn't, we'll still have super friends Booster Gold and Blue Beetle to get us through the hard times.

(That's the best thing about collecting comics. Even if they kill off our heroes or just ignore them for years at a time, we'll always have our long boxes of back issues.)

And if you're looking for something else to excite you this year, check out this tweet by Geoff Johns as part of his countdown of the 5 things to look forward to from DC in 2017:

Garth Franklin at DarkHorizons.com has already speculated that perhaps it will be the Booster Gold project returned to television. Or perhaps a resurrection of the Blue Beetle series teased years ago. There's no evidence for either of those yet, but there's no harm in hoping. One of these days, we are going to get another live action Booster Gold. Why not in 2017?