Back in December 2020, I told you about Argentinian Pablo Stadelman's first book, Cosa De Fans, which contained interviews with comics creators, notably including many who had worked on Booster Gold. And now I'm telling you about Pablo's second book. Or, more accurately, here's Pablo to tell you about his new book, Cosa De Fans 2:

I am Pablo Stadelman, from Campana, province of Buenos Aires.

I am writing to tell you about my new book called "Fan Thing 2: Stories and Anecdotes from the World of Comics".

It contains interviews with comic references such as Sal Buscema, Keith Williams, Mark McKenna and Brandon Peterson along with various stories and anecdotes from the world of comics.

From the work of publishers to the creation of characters, the book covers different aspects of the publishing world.

The book is special for all those comic fans who want to know more about the way comics are made, as well as for those who seek to become familiar with the wonderful world of comics.

I send you the image of the cover and the back cover so that you can know it. 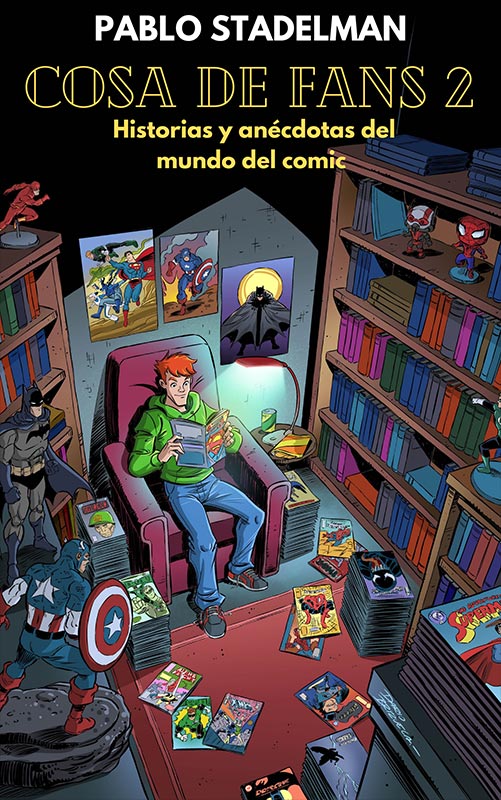 I hope I have not bothered you with this message.

I send you a huge greeting.

The news broke Monday that Warner Brothers has a live-action Wonder Twins project in the works. As a longtime fan of Jayna and Zan, I'd be super stoked about this... if I didn't remember all those times I was promised a live-action Booster Gold that never came to pass.

Frankly, if I'm in the market for some superhero stories that I'll never get to watch, I personally prefer to visit Ross Pearsall's Super-Team Family Presents... blog, where I get teased by the likes of this: 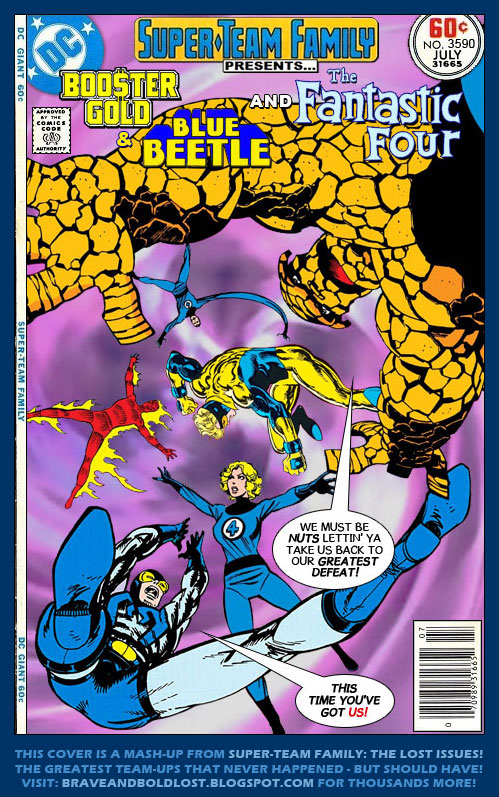 Uh, oh. Something tells me that Booster and Johnny Storm aren't going to get along at all. Let the fireworks begin!

Here They Come to Save the Week

It's been a rough week for me, so I'm very pleased to end it with this brilliantly gleeful "scribble" from Mike Hartigan (via Twitter.com): 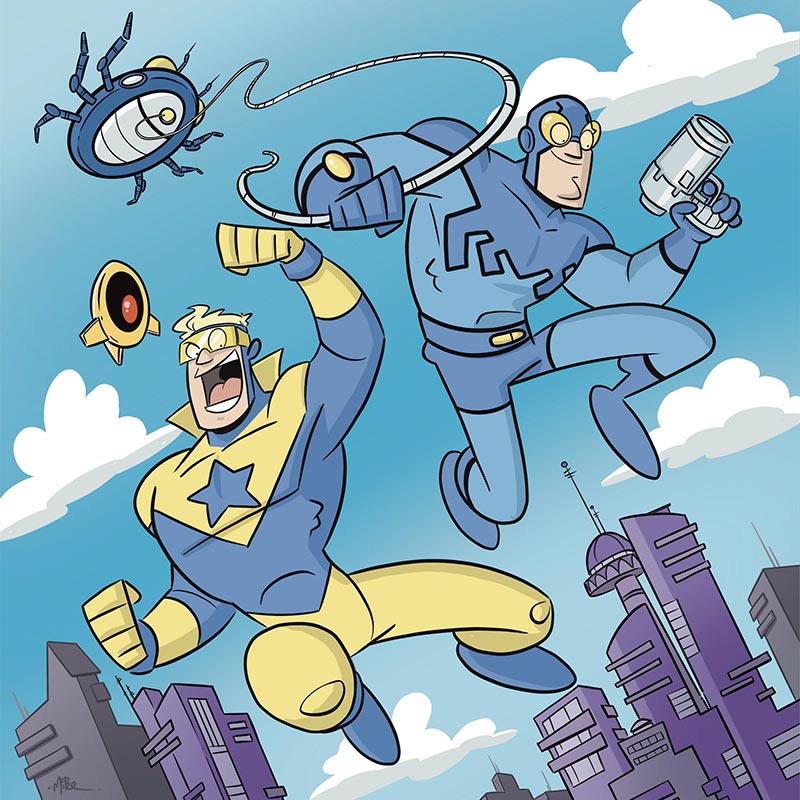 Hard to stay in a bad mood looking at those two (and a half) having so much fun!

Latest awesome thing spotted over the weekend on Twitter.com: 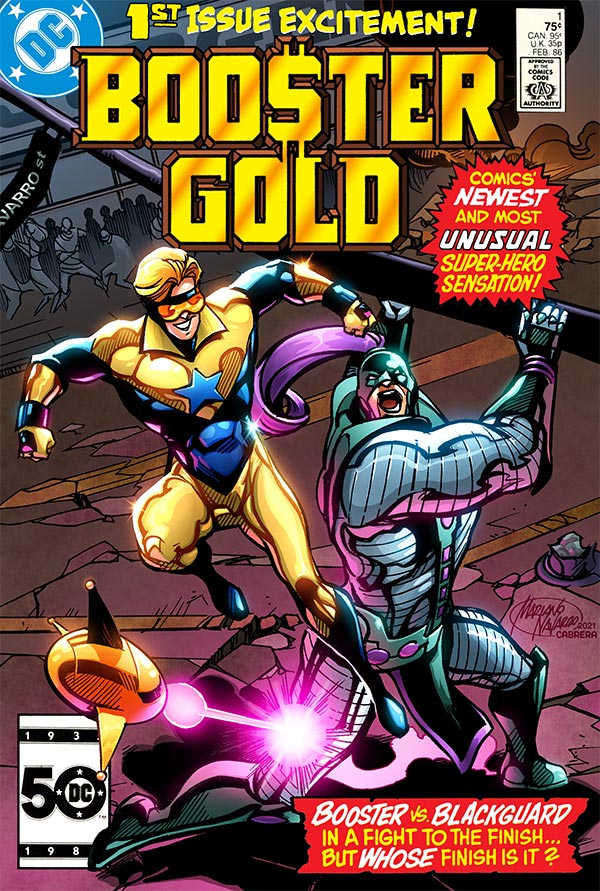 This reimagining of the original Booster Gold #1 cover is by Mariano Navarro & Hernan Cabrera. I'm not going to say that I think it's better than the original, but I will say that I *would* buy that comic book.

Some comic creators run out of ideas. Not Ross Pearsall, whose superhero team-up Super-Team Family Presents... blog is at issue 3523 and counting! 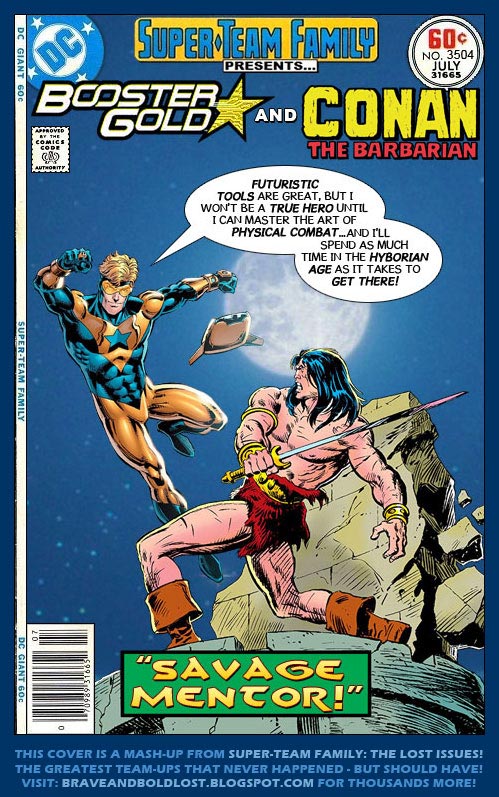 Conan's creator, Robert E. Howard, created the mythical Hyborian Age as a lost prehistoric era occurring sometime during the Neolithic period, around 10,000 BCE. It would be an interesting period for Booster to visit, where his advanced technology would be indistinguishable from magic (to coin a phrase).