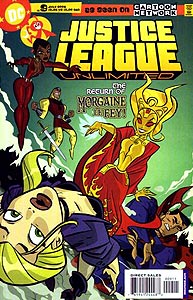 Brief Synopsis: Vixen and the Justice League follows the Shining Knight back in time to help King Arthur fend off Morgaine Le Fay.

Page 6, panel 4
Booster is seen in a flashback to the assembling of the team for this mission through time. In addition to the characters previously seen, Green Arrow and Hourman are also present.

Page 9, panel 4
Merlin implies that he hand-selected Vixen for this mission. Did he select the whole team (at least some of whom had been to Camelot before), and more importantly, did he select Booster Gold? 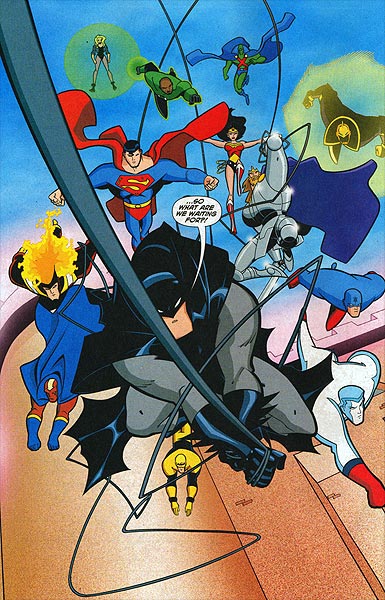