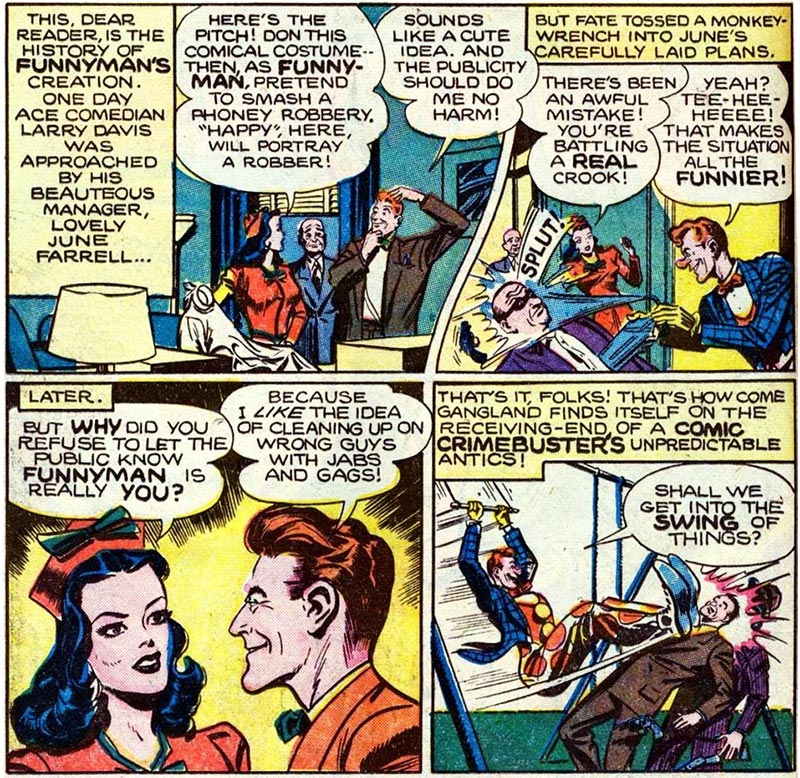 While enjoying the holiday, Morgenstern noted that while Booster Gold didn't make the roster of Fisher Price's DC Super Friends line of toys, he did make it into their cartoon. At least their cartoon billboards. 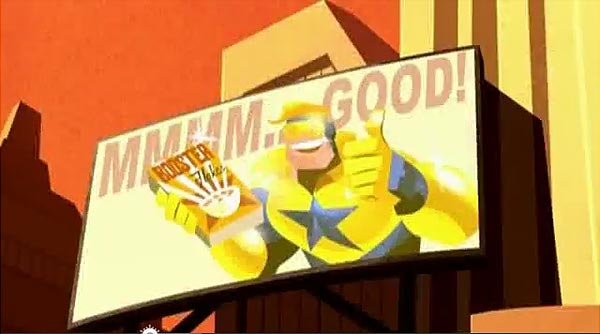 This 2010 cartoon, "The Joker's Plahouse," re-imagining the classic 1970s Super Friends was released with the Fisher-Price® Imaginext™ DC SUPER FRIENDS™ toy line. Despite being a toy giveaway, the quality is surprisingly high.

Fortunately for those of us who aren't buying toys for 3-year-olds, Fisher Price has uploaded the cartoon to their YouTube account. You can watch the whole cartoon here. To see Booster, you can jump to 4:15 of the above linked video. However, but those of you who are a bit more nostalgic -- or big fans of Ted Knight impersonators -- may want to watch it all from the beginning. It's mmmm... good.

Eyz posted on Jan. 3, 2012 at 8:37 AM
Oh yeah, I remember this!
I had a little blog-post about it back in September!
http://eyzmaster.blogspot.com/2011/09/deleted-scenes-dc-super-friends.html
'wish we'd gotten more episodes though (or this as a follow-up to Brave and the Bold) It seems we would have gotten Blue Beetle as well out of it!