We learned over the weekend that reclusive artist Steve Ditko died late last month. His considerable contributions to the super hero comic book genre cannot be overstated, and you can find most of them listed in the many obituaries those contributions earned him.

But so far as Booster Gold fans are concerned, Ditko's single greatest accomplishment was the creation of the second Blue Beetle for Charlton Comics. 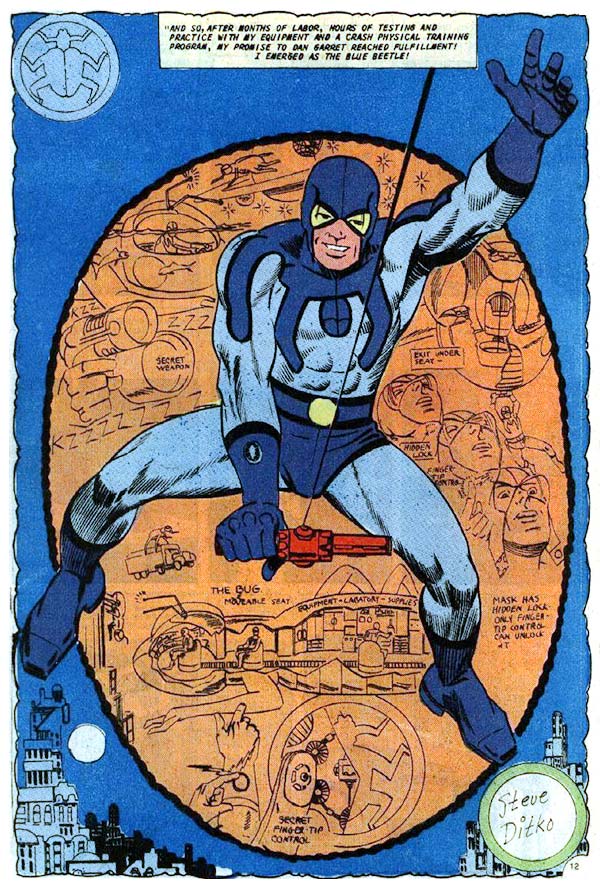 Ditko's Beetle was the second hero by that name. Unlike his magical predecessor, Ted Kord used science and technology in his pursuit of law and order. He had only a few adventures for Chartlon Comics before moving to the DC Universe where he would eventually help found the Justice League International and meet his soon-to-be best friend, Booster Gold.

Although Ditko had nothing to do with the character after Beetle's move to DC Comics, his original idea continued to inspire. Said Booster Gold creator on Dan Jurgens on Twitter: 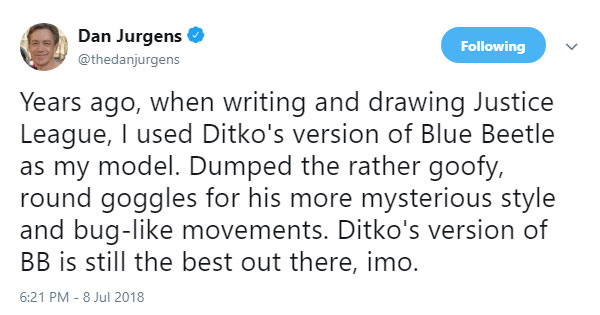 We certainly agree. Thank you, Steve.