Late last week, Newsaradar finally shed a little light on what we should expect from the upcoming Future State event in an interview with Dark Nights: Death Metals writer Scott Snyder, who says

Death Metal ends in January, and then January and February is Future State, which is going to give glimpses of possible DC futures. That was built while we were doing Death Metal to lead into some stuff which isn't happening anymore, but those plans have taken a new shape, which is exciting.

The article authors, Michael Doran and Kat Calamia, speculate that the "stuff which isn't happening anymore" is more than likely the 5G event promoted by former DC Comics publisher Dan DiDio before he was abruptly fired back in February. It looks to me like Future State is the company trying to salvage the sunk cost of that project in a month-long alternate-continuity event similar to the sort of stories we saw in 2011's Flashpoint and 2015's Convergence. Whether they call it "Future State," "Elseworlds," or "Hypertime," DC loves these things.

I don't know Scott Snyder, so I don't know if his "is exciting" comment is sincere or salesmanship. (Was it not exciting in its original form? "Exciting" like a roller coaster or a car fire?) Whichever the case, so long as Booster Gold is involved and on covers like these, I'm on board. 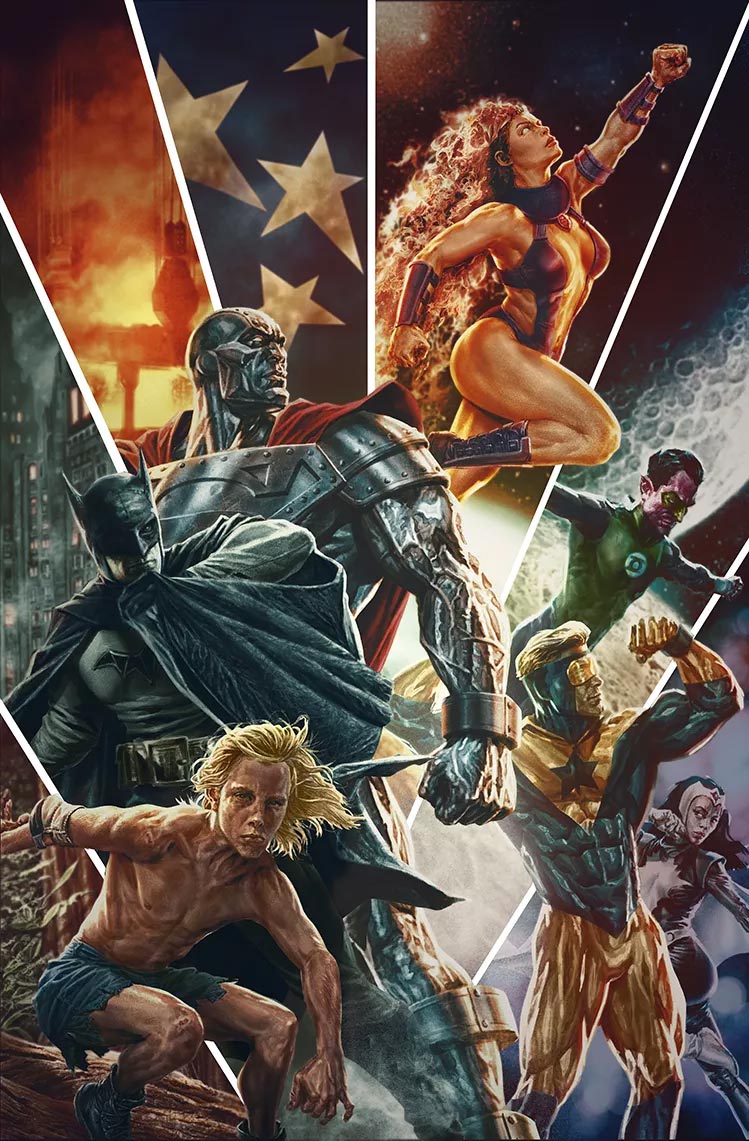 You can read the original article at GamesRadar.com.

Cort posted on Oct. 13, 2020 at 2:32 AM
Should check out this article too from Jurgens himself. Seems old Time Master Booster will show up too!
https://www.gamesradar.com/talking-generations-shattered-dc-special-with-writer-dan-jurgens/