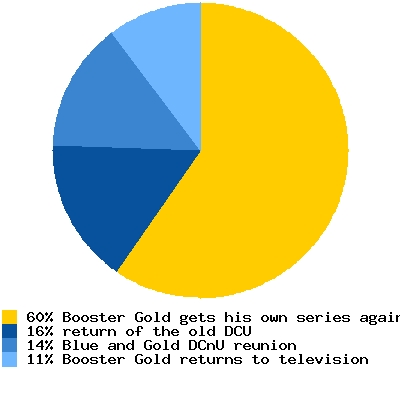 November 7, 2013: With Booster Gold sidelined, which of his former JLI teammate's DCnU adventures are you currently following instead? (49 votes)

September 12, 2013: Which Justice Leaguer should Booster Gold team up with for the first time? (48 votes)

May 2, 2013: Which Booster Gold supporting character do you still miss the most in the DCnU? (55 votes)

March 28, 2013: If Booster Gold's origin was revised to eliminate American football, which sport would you use instead? (48 votes) 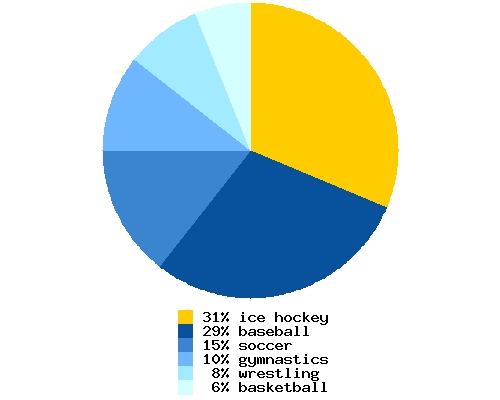 March 14, 2013: How has the recent server trouble at Boosterrific.com affected your visiting experience? (36 votes)

February 21, 2013: Which Booster Gold supporting character do you miss the most in the DCnU? (8 votes)

January 17, 2013: What is the biggest obstacle to making the public recognize Booster Gold as an A-list hero? (44 votes)

September 13, 2012: In what medium would you most prefer to receive future Booster Gold adventures? (49 votes)