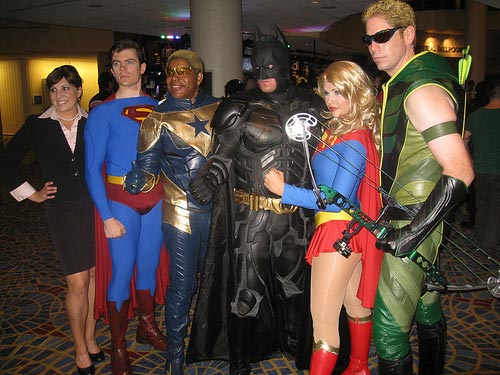 That's a television-inspired Booster Gold from DragonCon 2011. (Flickr.com picture by mchulin. The cosplayer is Thomdave.) 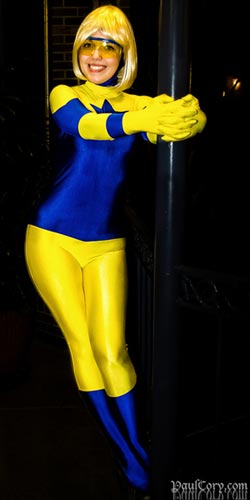 And this is a gender-bent Booster Gold enjoying some pole-dancing at DragonCon 2012. (Flickr.com picture by Paul Cory. The cosplayer is Shelley.)

What will DragonCon 2013 bring?

Dressing Up for Dragon Con 2012

DragonCon 2012, the "world's largest fantasy/sci-fi convention," was held Labor Day weekend in Atlanta. In celebration of all the hard work that went into having so much fun at DragonCon, my fellow DC fan bloggers and I are sharing some DragonCon 2012 photos of our heroes. Of course, the photos of Booster Gold are the best. 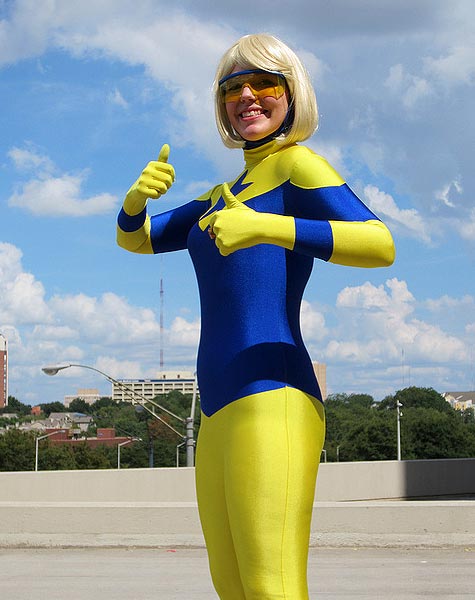 The Booster Gal above is Shelley, and the pic comes to us courtesy The Iredeemable Shag! of FirestromFan.com. Shag normally has some great pictures of DragonCon, and this year was no exception. Better still, this year Shag introduced us to The Superhero Costuming Forum, which leads to some other great cosplay photos. 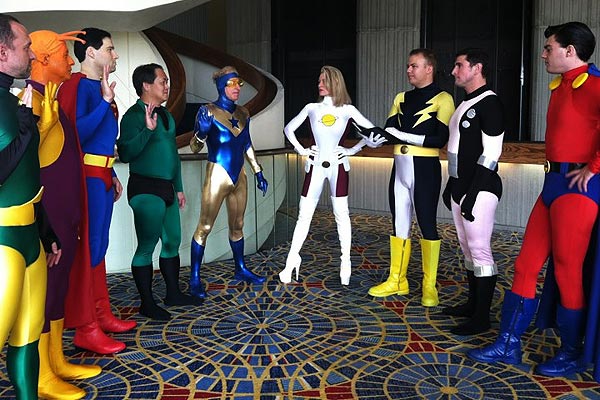 The fellow above has been cosplaying Booster Gold in his spiffy metallic costume for a few years. I guess by now he's earned enough cred to join the prestigious Legion of Super Heroes. Although, if they are going to swear in Matter Eater Lad, it looks like they'll take anybody.(Photo by KalelKara at The Superhero Costuming Forum.) 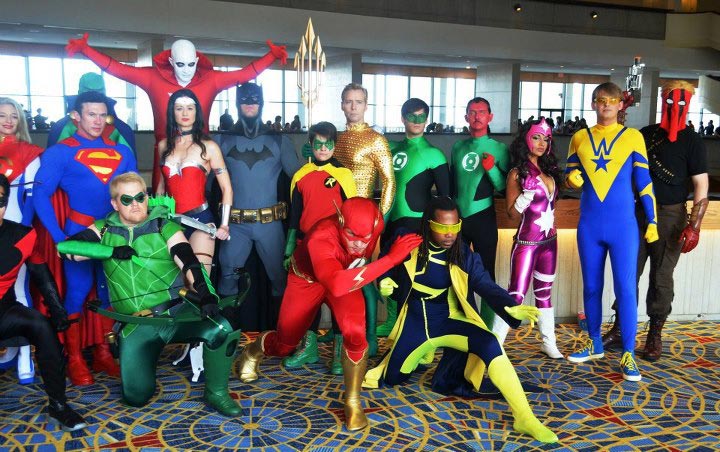 I'm not going to lie: some of these cosplayers can make the New 52 costumes look pretty good. The same cannot be said for the poor fellow who came dressed as Booster Gold. Sorry, buster, but there's just no way to make that costume shine. (Photo by KalelKara at The Superhero Costuming Forum.)

UPDATE 09/14/12: Ooops! There was at least one other Booster Gold at Dragon Con that I failed to include. Pyynk brings me to task for leaving him out of the fun. My apologies, sir. Your costume, now pictured above, is far too good to be ignored. (Photo by Bryan Humphrey.)

If you like what you've seen here, check out more cosplaying photos at these other fine sites:


Our thanks to Shag and the great cosplayers at The Superhero Costume Forum for sharing your pics.

pyynk posted on Sep. 14, 2012 at 12:30 PM
There might just be a little bit of the old Booster Gold that slid under Shaq's radar. You may want to check your email.

Boosterrific [Official Comment] posted on Sep. 14, 2012 at 4:11 PM
Completely my fault, Pyynk. I thought I had caught all the Booster Golds, but clearly not. I have updated the site to include you. My apologies.

Boosterrific [Official Comment] posted on Sep. 14, 2012 at 4:22 PM
Since this is the sort of thing I'd probably turn into a blog post if I wasn't involved, I should perhaps mention that this crossover was mentioned on Bleeding Cool News today.
http://www.bleedingcool.com/2012/09/14/fan-favourite-dc-cosplay-of-dragoncon