No Longer Accepting the Gold Standard

When Franklin Delano Roosevelt was elected president, the United States was in a shambles. The Great Depression had hit the country hard, and something drastic had to be done to restore the economy before things got worse.

As part of his "New Deal," Roosevelt rushed to restore American's faith in their currency and ease the suffering. Among other measures, the new president encouraged Congress to inject more currency into circulation. To do this, he first had to uncouple the United States dollar from the value of gold.

The key event in this process took place on this day in 1933, when Congress passed the Gold Repeal Joint Resolution, legally substituting United States currency for all debts public and private. In other words, it suddenly became impossible to make payments in gold.

An unintended side effect of this measure was that it made it very difficult for certain time-traveling superheroes to barter their services for appropriate compensation.

Thankfully, Gerald Ford corrected this problem forty years later, paving the way for Booster Gold to return and reap the benefits of Ronald Reagan's "trickle-down" system in the 1980s.

Overnight on February 24-25, 1942, the Axis powers attacked Los Angeles, California. Or at least the locals thought they did.

A Japanese submarine had attacked the United States mainland near Santa Barbara, California, the day before. Nervous that they might be next, Los Angeles civil defense forces panicked when inconclusive reports indicated that there might be enemy aircraft headed towards the city. L.A. was blacked out, and anti-aircraft flak filed the sky until dawn. 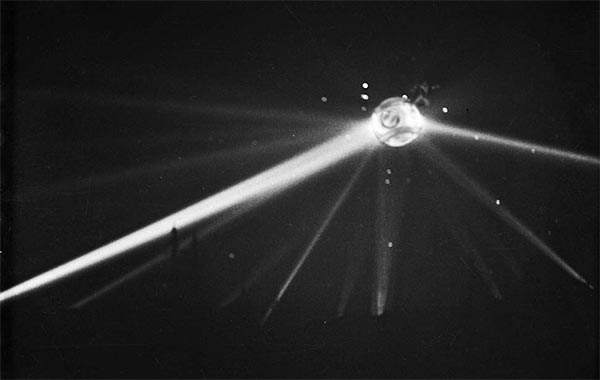 In the light of the following day, no one was sure what they had been shooting at during the "Battle of Los Angeles." There was no clear evidence of any aircraft, and not a single bomb had been dropped on the city. The Secretary of the Navy declared the entire event a false alarm.

Naturally, this has led to conspiracy theories about cover-ups and aliens. But no one has ever said anything about time travelers caught in the wrong place at the wrong time.

There'll Be a Hot Time in the Old Town Tonight

The Great Fire of Chicago was ignited on this date 143 years ago. Some accounts blame Mrs. Catherine O'Leary's cow for starting the fire when it overturned a lamp. 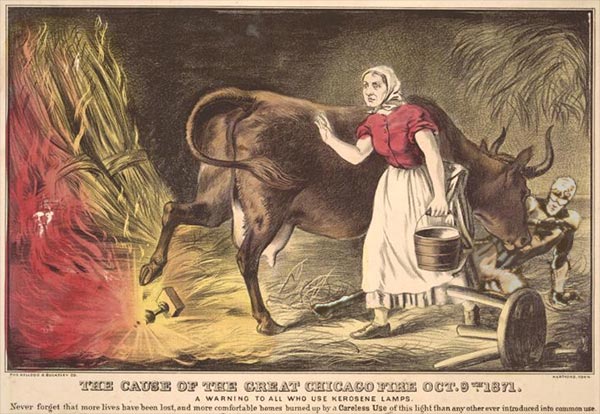 Even contemporary officials concluded that the cow wasn't guilty, and in 1997 Chicago formally forgave Mrs. O'Leary for a century of slander. So what really did cause the fire that burned 17,000 buildings and left a third of the city homeless? The world may never know.

The Great Fire of Rome was ignited on this date, 1,950 years ago. Some accounts blame Emperor Nero for starting the fire, while others say he just took advantage of the aftermath to remake Rome to his liking.

History teaches that Nero was among the worst Roman emperors, both crazy and bloodthirsty. Some modern scholars debate the historical portrait, pointing to his popularity among the plebeians and his contribution to the arts. The only way to learn the truth would be to travel back in time. This sounds like a job for Superman!

If it is a history-making moment, we can bet Booster Gold will be there!