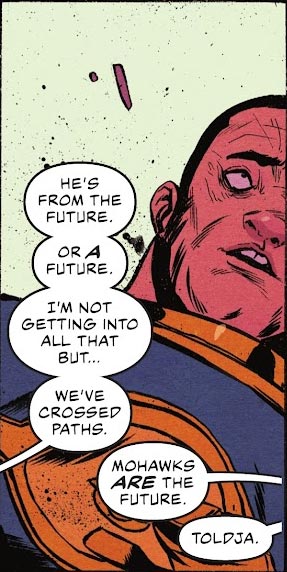 Booster Gold/The Flintstones Special #1 celebrates its five-year anniversary today with a return to your Local Comic Shop as part of The Flintstones: The Deluxe Edition hardcover collection. 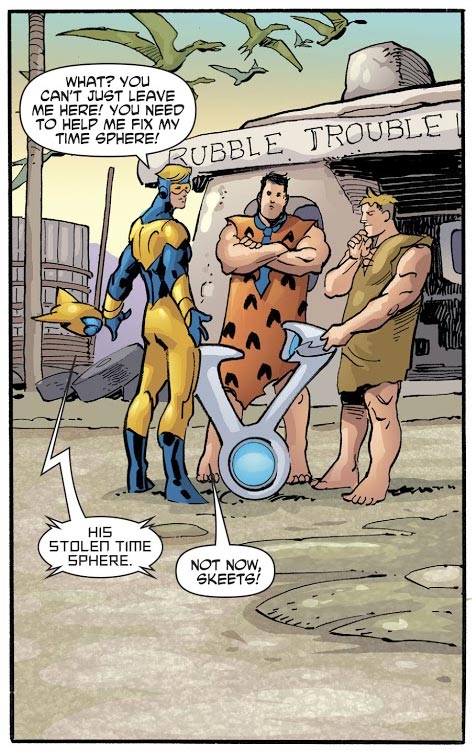 Five years isn't really a long time, but I do like to see DC recollecting older series in new formats for new fans. It gives me hope that one of these days, maybe I will finally get that long-awaited Extreme Justice hardcover for my bookshelf!

Human Target #4 is out today. The issue is essentially an extended interrogation of Ted Kord by Christopher Chance — interrupted occasionally by crime fighting with Ice! Booster Gold makes no appearance, but he sure gets talked about a lot. 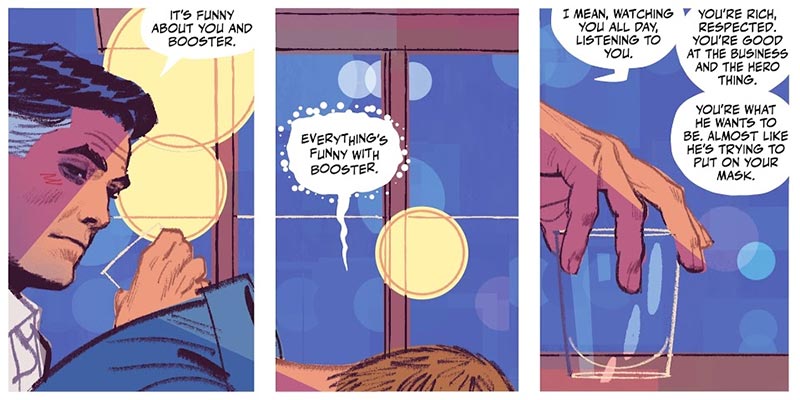 I am officially on record as no fan of writer Tom King's characterizations, but golly, that seems like a very insightful conversation about a couple of characters that I am very, very familiar with. In fact, I liked this entire comic book in spite of my misgivings about King's work. (Greg Smallwood's art is no disappointment, either.)

Unrelated to that, may I offer special thanks to Booster booster J, who has recently been alerting me to typos here on the site. I'm fixing them as fast as I can, J! Thanks for bringing them to my attention; I appreciate your help in making Boosterrific.com better.

Zandyr posted on Jan. 26, 2022 at 12:33 PM
I tell ya, i'm loving this book so far, but I need someone to stop King from writing Booster. He's a great writer for everyone else

Eskana posted on Jan. 27, 2022 at 7:10 PM
I have to say, I've also been enjoying this book (and I love the art and the mystery aesthetic) but if there's one thing I've noticed about King, it's that it always seems to fall apart (and leave our heroes looking worse) in the last issue or so.
But everything before that makes you wish he could just make it, just once...