The Opposite of Music to My Ears

However, that should not mean that I'm ready to endorse the story based on the first issue alone. I am on record as no fan of Tom King's storytelling, especially in reference to the way he handles Booster Gold. It is very clear that King and I have very different interpretations of the character (and most of the other inhabitants of the DC Universe).

Earlier this week, King was interviewed by Jenna Anderson for comicbook.com, and he explained why he chose the Justice League International for his story:

"What Giffen and DeMatteis put into these characters, they all feel very fleshed out," King added. "They all feel very real. When you picture them in your head, you just see that Kevin Maguire face looking up at you. They're very easy and very fun to write. The thing I most love to do in comics is to take silly ideas seriously and find the depths in them, and that concept was all over this — the idea that these little silly flaws that are implanted in these characters actually show real heart and real depth. Like I wrote this thing for Booster, why Booster's good. And the idea is, Human Target expressed my opinion on Booster as 'Booster is a joke. He makes mistakes all the time, but he doesn't hide them. He shows himself. He is himself. Booster is Booster. Yeah, he's a joke, but everyone is. At least Booster's funny.' That kind of stuff is incredibly fun to do. These characters have such potential — each one of them could launch their own series."

Ahem. Almost all of them have launched a series. Or two. Or more.

I have to admit, I can kind of see where King is coming from calling Booster "a joke." Yes, he has some terrible ideas, and yes, he takes advantage of his friends, and he even occasionally misjudges his own abilities. But those traits could just as easily describe Batman.

Maybe it's my incredible dissatisfaction with the way King depicted Booster Gold during his run on Batman or my anger at the horrible handling of the promotion and resolution of Heroes in Crisis that make me suspicious that Booster will be treated badly by Human Target. But at least I can rest assured that this will be the last time King will use Booster in a story, right?

King continued. "Booster Gold [is] my favorite character to write in all of fiction — who is always trying to do good, and always slipping on the banana peel."

Shawn posted on Nov. 5, 2021 at 10:28 AM
Here's another interview:
https://gatecrashers.fan/2021/11/02/interview-with-tom-king/
Highlights or lowlights (depending what you think of King) for those that don't want to listen to the audio. He again says Booster is his favorite and would gladly take over if Jurgens stops writing. He also compares Booster and Skeets to Zapp Brannigan and Kiff.

Boosterrific [Official Comment] posted on Nov. 5, 2021 at 2:36 PM
Sigh. Zapp Brannigan is a parody of humanity's idea of heroic leadership: mindless bravdo failing upwards. Given the opportunity, he always makes the wrong decision, worsening every situation. His cowardice aside, Zapp has more in common with 1980s Guy Gardener than Booster Gold. Zapp is a comic villain.

For comparison, Booster Gold is an altruistic hero who is often motivated to do unwise things because of his need to be loved by everyone and viewed as a success. Skeets is his conscience, not his chaperone.

But King is getting paid by DC to write Booster Gold, and I'm not. So whatever he says goes. I just wish he had a different favorite character.


Gunner posted on Nov. 5, 2021 at 2:49 PM
I seriously wonder if King actually read any other authors stories for the characters that he's writing, im constantly baffled each time I read his stuff. Didn't mind Human Target #1 but the cliffhanger for #2 has me worried :(

Ariel posted on Nov. 5, 2021 at 7:18 PM
King must be one of the most overrated writers on the business. He says Booster is his favourite character but he obviously hasn't read many Booster comics. I think he has just seen Booster characterization on Justice League Action and Batman The Brave and the Bold cartoons because otherwise there is no explanation no why he writes Booster the est he does.

Paradise by the Karaoke Mic

When I was lost, you took my hand
When life was gray, you made it grand
When I was damned, you knew the deal
When my heard was sand, you made it steel

I'll call you babe, and you call me boo
I'll love you strong, and you love me true!
Until the end of the world, I love you!

Don't be surprised if you don't recognize the song. It's not real. It was created by issue writer Sam Humphries specifically for the occasion ("to pass legal"). But he didn't create it without inspiration.

According Humphries himself (@samhumphries on Twitter.com), the song was inspired by "For Crying Out Loud," written by Jim Steinman and performed by Meat Loaf on his 1977 epic operatic album, Bat Out of Hell.

I've always thought of Booster as more of a U2 fan, but who am I to tell a Justice Leaguer what to sing.

Kevin Munson posted on Feb. 10, 2020 at 8:55 AM
It amazes me how popular Harley is. I went to my local comic book store on Sunday and they were sold out of Harley #70. I still made the best of it and caught up on a few other issues I have missed like Millenium 1 & 2 and DCeased #1

Boosterrific [Official Comment] posted on Feb. 10, 2020 at 2:50 PM
Booster will be in issues 71 and 72 as well, so you might want to warn you Local Comic Shop that you'll be back for those soon. (Or you could wait to get all three at once when the inevitable trade comes out in a few months.)

I interrupt this Booster Gold blog to ask a serious question: should I continue to maintain a Facebook page for Boosterrific.com?

I created the Boosterrific.com fan page on Facebook 8 years ago this month as a convenience for those fans who also spend a great deal of time on the world's largest social media site. While I don't want to lose those (or any) readers, I personally dislike using the site and would prefer if I could just ignore it entirely.

Therefore, the question becomes how valuable is it for me to maintain that relationship with a service I find increasingly unpalatable? Is having a Facebook page for Boosterrific.com necessary to maintain readership?

To answer that question, I need your help telling me how useful you, the Booster Gold fan, consider Boosterrific.com's Facebook presence to be.

Thank you for your support.

Well Listen to This!

Two weeks ago, when I posted a link to some Booster Gold-inspired punk rock, Eskana dropped by the comments with a YouTube link to a song called "The Ballad of Booster Gold". 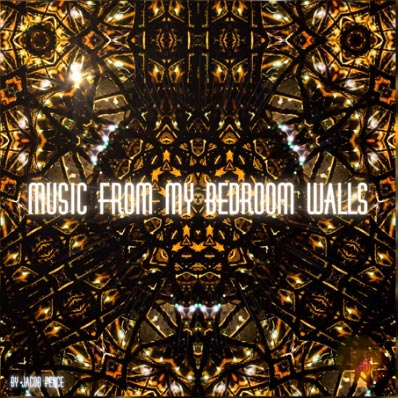 This "little ditty of mediocrity," as it is described, has been online for over a year. It's from the album Music From My Bedroom Walls published by AcousTic Media Productions and credited to Jacob Pence.

How much other Booster Gold-inspired music is out there that I don't know about? It's starting to look like quite a bit.

You Know That New Sound You're Looking For

ComicsBeat.com writer John Seven calls our attention to something I didn't know existed. From his article, "70 Out-of-the-Way Songs About DC Superheroes":

The Corps – Booster Gold
When Booster Gold first appeared in 1986, I thought the character was dumb. And I've never totally warmed up to him, but certain appearances — Heroes In Crisis, for instance — have made the character more palatable for me. Anyhow, this song gets bonus points for mentioning Blue Beetle a couple times as it goes over the Booster Gold story. The album also features songs about Wonder Woman, Supergirl, the Rann-Thanagar War, Identity Crisis, and more. Buy it [on Amazon] or stream it on Spotify.

I find it hard to trust the opinion of anyone who actually liked the characterizations in Heroes in Crisis, but any punk song with a Skeets reference is good by me. Parents, beware that the album contains explicit lyrics.

Eskana posted on Aug. 20, 2019 at 1:33 PM
I found this a couple of months ago! Thought I messaged it but I guess not.... Here's another song for Booster that's out there, so cool that he has his own songs...
https://www.youtube.com/watch?v=s3JfpzgnN-U
Although I'll always feel I think that Uriah Heap's "Traveller in Time" fits Booster to a T.