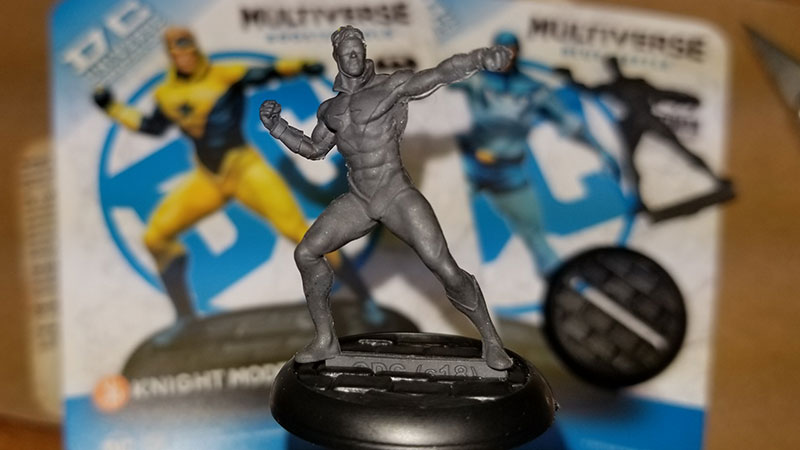 Objects May Be Closer Than They Appear

Knight Models, manufacturer of the DC Universe Miniature Game, has a new set available. In a word: Bwah-ha-ha!

These miniatures are only about an inch-and-a-half tall, and come in unpainted parts. (Don't expect to find any as good looking as the solicitation picture out of the box.) They are already for sale in Spain, and should be coming to specialty gaming stores stateside later this month.

They say we only want what we can't have, and that must apply to comic book characters, too. Metamorpho even made an appearance in the rebooted Justice League International, and that exposure didn't seem to help him in the voting.

As the world's attention turns to next week's NFL Championship game, the rematch of two quite different quarterbacks takes center stage. Can male-model Tom Brady win a fourth title, proving himself inarguably among the best NFL quarterbacks? Can unflappable Eli Manning step out of the shadow of his father and sibling to prove he's equal to the hype?

More importantly, how do these quarterbacks compare to the best quarterback in history: Michael "Booster" Carter?