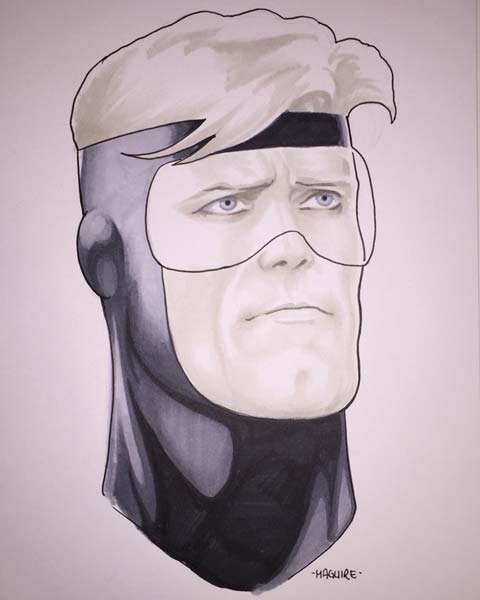 Matt invited Keith Giffen and J.M. DeMatteis, the original writers of Justice League International, to have a chat about the origins of comicdom's favorite comedy duo.

Matt Santori-Griffith: So, you guys have been writing Blue Beetle and Booster Gold for a long time. Going all the way back to when they first met in Justice League, when do you feel they first started to click as a friendship for you?

Keith Giffen: I know when I felt it. It was the sequence when they first met Catherine Cobert. One of them made a fool of himself and the other just wouldn't stop laughing.

KG: I'm thinking it was. That was the issue where everything clicked.

JMD: Yeah. That also, if I'm not mistaken, was the first "Bwah-ha-ha."

That's true. The first appearance of Beetle's signature laugh was indeed at Booster's expense in JLI #8. That's the stuff that friendships are made of!

You can (and should) read the rest of the article (with pictures!) at Comicosity.com. (And don't forget to pick up the return of Blue and Gold in Justice League 3000 #12 next week!)