The Team-Up We Deserve

Earlier this week, Kat Calamia interviewed Aquaman fill-in writer Jordan Clark for GamesRadar or Newsarama or whatever they call themselves these days. Of particular interest to Booster boosters is the following exchange:

Nrama: You've only gotten your feet wet at DC, what other books would you like to work on in the future?

Clark: Oh wow, well anyone who knows me knows my undying love for Booster Gold, the greatest superhero of all time.

That is absolutely the right answer. Good luck with that, Jordan.

And while we're on the subject of things I crashed into while surfing the Internet, here's something I found on reddit.com under the heading "[Artwork] BLUE BEETLE & BOOSTER GOLD in the style of Dark Nights: Death Metal, by Fico Ossio":

Now *that* is some extreme justice!

Hey, DC, how about teaming up Jordan Clark and Fico Ossio on a Blue and Gold book? Pretty please? I'm already setting aside a $10 bill for that sucker. It's yours for the taking, DC. Come and get it.

Boosterrific Note: the following was sent to me in response to my April 10 post asking for Booster Gold fans to write in and tell us a bit about themselves.

Thank you so much for this website and for this unique gathering of fandom around our favorite time-traveling hero. I stumbled across your website maybe 5-6 years ago and have regularly visited and enjoyed the updates on Booster appearances (not to mention digging deep into the listings of past Booster appearances for my own collecting purposes). I may not be a regular commenter, but I thoroughly appreciate this website and all you do.

I encountered Booster Gold for the first time at what was, in retrospect, a rather dark moment in the character's history. I began collecting comics around 2003-04, mostly Marvel at first. My initial foray into DC Comics was to check out their big event comic at the time, Identity Crisis. As a monthly murder mystery, I was on the edge of my seat, though in retrospect, it ended up being excessively dark and kicked off an unfortunate dismantling of the Justice League International-era characters. But at the time it did a great job of hooking me with hints of old stories and minor characters and the rich history of the DC Universe.

But it was the follow-up, Countdown to Infinite Crisis, that would help pave the way for me to become a lifelong Booster booster. Being relatively unfamiliar with either him or Blue Beetle, it helped introduce me to both characters and their brilliant friendship. Though it ended in tragedy, I became instantly enamored with the emotional journey of Booster Gold from down on-his-luck minor hero, to his heroic rescue of Ted in the middle chapter and then his sidelining injury before Ted's death. I knew I wanted to know more about this time traveling hero's past adventures hinted at in this issue, as well as how he would respond to the death of his best friend and what would come next.

I began to hunt down issues of Booster Gold's original series as well as the Giffen-DeMatteis-Maguire Justice League while following Booster's trajectory through OMAC Project (his scenes each issue were the primary reason I bought that series), Infinite Crisis and 52. In 52 I was devastated by his death and thrilled by his return and that final issue is still one of my favorite Booster Gold victories. Even better though was the launch of a new Booster Gold series and a new status quo as the Great Hero You've Never Heard Of. His character arc from failure and criminal to time-traveling runaway to self-promoting braggart to comical jokester to washed-up has been and all the way back around to noble and self-sacrificing hero is one of the greatest hero's journeys ever told. I largely check-out of DC with the New 52 relaunch and see relatively little on the shelves today that interests me, but that just means I have more spending money to use tracking down back issues featuring Booster Gold.

My favorite Booster moment would have to be in Vol. 2 #1 as he is invited to join the newly reformed Justice League of America and to his horror sees his membership certificate transform into a death certificate for Hal Jordan. That moment when he pauses you can feel the weight of his decision, but it passes quickly as he pastes a smile on his face and jovially turns down membership and plays the egotist, all for the sake of protecting his friends and fellow heroes. He will never receive a thank you or the accolades he deserves, but that's okay because he knows he is doing the right thing, even if it privately frustrates him, as shown in the very next panel. He is noble and self-sacrificing and willing to do the right thing, even at great personal cost. That may be a departure from his original status quo, but even in those old issues you can see that same heroism shine through as Dan Jurgens developed in Booster as he learned and grew and matured. That to me is what makes Booster Gold one of the best. 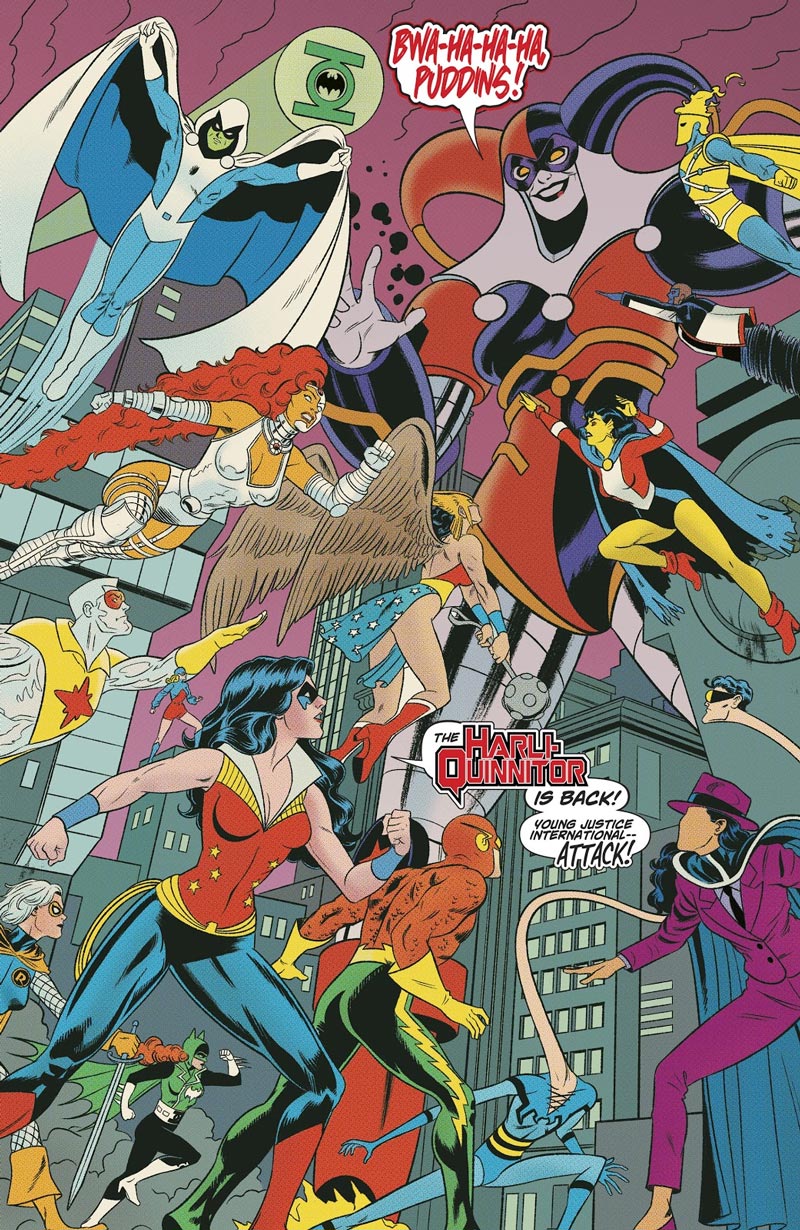