Looking into the Near Future

John Babos recently interviewed Dan Jurgens for Comics Nexus. Jurgens has been busy lately and has a lot to say about Aquaman and Futures End. However, Boosterrific.com is a Booster Gold fansite, so let's cut to the chase:

Comics Nexus - Any chance we'll see Rip Hunter and any of the gang from your most recent Booster Gold series somewhen soon?

Dan Jurgens - [Booster Gold: Futures End] is all about Booster at this point. Time to let the readers know what he's been up to!

Depending on how you feel about Booster's supporting cast, that's either good news or bad news. I know Skeets isn't too happy about it.

If you're not afraid of a few spoilers, you can read the rest of the interview (both Part 1 and Part 2) at InsidePulse.com.

gio3432 posted on Jun. 4, 2014 at 9:42 AM
There is no way that Futures End: Booster Gold is going to be good. There is so much potential for it to be what we have been waiting for, but I just feel like they are going to half ass it much like they did the COVER.

When reading Justice League International #2, I noticed something about Booster Gold's new teammate Vixen that is perhaps best summarized by Grey Scherl in his review of the issue for Comics Nexus:

Vixen is a complete and utter waste of a character who is here, quite literally, so she can point at a screen and describe it as her "Native Africa". Yeah. Vixen made the team because she's African, and that's her characterization. I'd probably be offended if I cared at all about the character, but I don't, so I'm not.

Otherwise, Sherl's review is very positive, giving the issue a rating of 8 out of 10.

To be fair, the series has been pretty up-front about the fact that most of its members were selected to meet United Nations quota. Add to that the fact that there have only been two issues of the new JLI so far. There's still plenty of time for Jurgens to develop the character, so maybe this criticism is unfair.

However, this brings us to the point I wanted to make, the point that many of us fans of the former DC Universe are still struggling with: how much of the personalities of the characters we love is still intact in the DCnU? Sure she looks pretty much the same, but it's been two months, and fans of Vixen still have no idea how the DCnU Vixen compares to their beloved DCU Vixen. Other than Batman and the Green Lanterns, that applies to most other characters int eh DCnU.

Until we get answers to questions like that, there is going to be some concern and resentment from fans about the new paradigm of the DCnU.

Jesster posted on Oct. 11, 2011 at 9:41 PM
The same thing could be said for August General in Iron and Godiva, if you don't know much about a character to begin with you can't figure them out in 2 issues of a comic where they are not the major character. Booster is the major focus of the book (Hooray) for the moment since he is going to be the leader. I'm not happy with the dcNu but it's not fair to judge any character after 2 minor appearances. What if you had judged Ted Kord on the first 2 issues of the original JLI?

Eyz posted on Oct. 14, 2011 at 3:56 AM
I would have have BWAHAHA-loved Ted and it would been like I've known him forever~
Seriously though, I became instantly a fan of Ted in the first 2-3 issues he appeared in JLI :P

Grading on a Curve

Reviewers across the internet have been pretty kind to Justice League International, Vol. 3, #1. ComicBook.com, Comics Alliance, and Inside Pulse all rate the book highly. It seems pretty clear that the majority of reviewer across the net seem to rate the book no worse than average.

In the Boosterrific.com review for the issue (found here), I expressed my relief in finding a familiar port in the storm of the DCnU reboot by giving the issue a five-star rating. In no time I was accused of being overly generous. That criticism made me wonder about how highly I was rating other issues on the site, so I took a look. Here's the results: 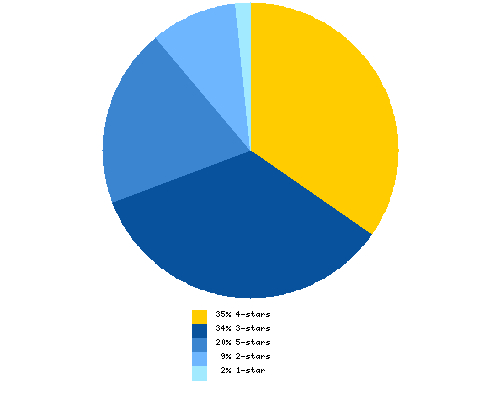 Eyz posted on Sep. 13, 2011 at 5:05 AM
I wasn't criticizing, I was just saying a perfect 5-stars rating might have been a bit much.
I certainly was a good intriguing and well pace first issue and despite its flaws, a much better overall attempt than Jim Lee & Geoff Johns' JLA#1!

Russ Burlingame posted on Sep. 13, 2011 at 9:34 AM
One of the things that I found was that while I don't perceive the book as necessarily a five-star issue in the abstract, I was hard-pressed to find anything to do with the actual story or art that drove the rating down for me. It'll be included as part of the second batch of reviews I'm doing in bulk for comicbook.com today sometime, along with Hawk & Dove, OMAC and all the many titles that start with S.

Pat Nestor posted on Sep. 13, 2011 at 2:19 PM
I found myself disapointed in the issue. The last few years has done so much for Booster's growth as a character that to me, it was a step backwards into more what he was han what he became. I know this is a different DCU than what we have been used to, but I'm going to the the mythology that was built up in the Booster Gold series. Wether or not Booster is still Rip Hunter's father remains to be seen, but I'm getting the idea that a large chunk of what happened in Booster's titel is no longer cannon, and that is disheartening.

Today is the birthday of the one-and-only Dan Jurgens, creator of Booster Gold and soon-to-be writer of the first-ever Justice League International #1. This year, Jurgens turns the magic number at DC: 52! Let there be cake!

Form more information about Jurgens and his upcoming plans for the JLI, check out his 3-part interview with John Babos over at insidepulse.com: part 1 (JLI & DC), part 2 (Green Arrow), part 3 (Booster Gold).